As ANC decays, the SACP and Cosatu might soon have to m... 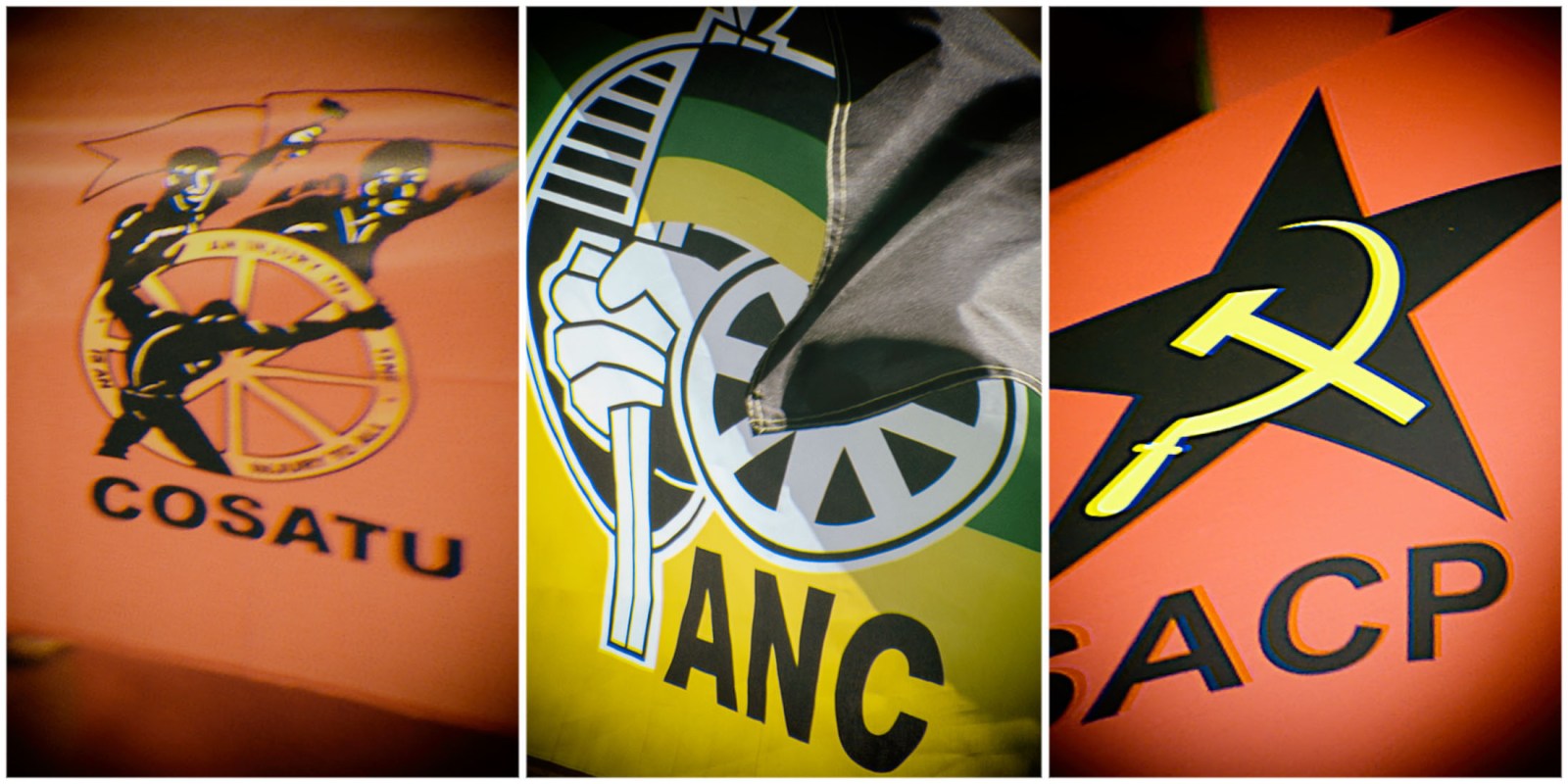 While the ramifications of the local election results for the ANC and the main opposition parties have been examined in many areas, it may be that the results of the poll lead to a fork in the road for other organisations too, including the ANC’s thus-far reliable partners, the SA Communist Party and Cosatu.

If it is true that our politics is moving to a future of many focused parties representing ever-smaller constituencies, space may open for the players that are presently aligned with the ANC. Cosatu and the SA Communist Party (SACP), after suffering from the ANC’s internecine wars, may have to make big decisions now or they could find themselves out in the political cold in a few years’ time.

Additionally, if the SACP were ever to go it alone, it would be a party of ideology attempting to appeal to people of many identities. That alone could be important for our politics.

Cosatu’s path, though, may be different, if it were to attempt to appeal to the voters who see their political identities through the fact that they are “workers”.

Much of the power that both the SACP and Cosatu now enjoy comes directly through the ANC. If the ANC were to fall below 50% in the 2024 national elections and in several provinces, it may lose the ability to solely control the vast majority of appointments in national government and the provinces. It would also lose a significant, and defining, political power.

Both SACP and Cosatu strongly supported Jacob Zuma’s rise to the presidency. Then, in 2017, they supported the CR17 campaign. From time to time they indicated how they felt about the state of affairs within the ANC. Those feelings often revealed which direction the ANC has been going in, and have influenced the ANC in important ways (for instance, the SACP ensured the ANC became a party of nonracialism, the significance of which cannot be overstated).

But if the ANC no longer has this power across society, leaders of both the SACP and Cosatu may ask themselves, what will be in it for them? If they can win an argument within the Tripartite Alliance, can they really exert their will through the ANC if it is weaker than it is now?

The answer may well be: no.

At the same time, there is a greater dynamic around our politics which could be important for both of these organisations.

It may well be that with the apparent breaking up of what is often called the Congress Movement, and what has been its main opposition party, the DA, there is now a lot more space for small parties. We saw this in the last elections, with parties like the Patriotic Alliance, the Freedom Front Plus, the IFP and even Hlaudi Motsoeneng’s African Content Movement winning some support.

This leads to an important question: is there space now for a Communist Party in South African politics?

The SACP says it has more than 311,000 members. This makes it one of the biggest voluntary organisations in the country. Perhaps only the ANC, trade unions and church groups are bigger.

But the SACP also tells Daily Maverick that “almost all” of its members are also members of the ANC. This leads to the possibility that many of the SACP’s members have joined it because they are unhappy with the situation in the ANC. And they believe the SACP is the best way to control the ANC’s future direction or to curb it in some way.

Were the SACP to move away from the ANC and into its own direct play, it may be difficult for these members to make a decision. And while 311,000 is a large number of people, it is likely that many would not choose the SACP, but rather the ANC.

But the important thing about the SACP going it alone is that this would make it perhaps the only explicitly ideological party in our politics. It would be a party that could, presumably, be relied on to put forward a coherent ideology and to push for that, no matter what.

This could be slightly different to how Cosatu might behave. It may be, should it decide to leave the alliance, that its members and voters would be determined only by their occupations, as workers.

The problem for Cosatu is that workers are not a homogenous body. This could make determining policy outside of workers’ issues much more complicated for the union federation.

Still, its biggest weapon would be the members. It is well known that Cosatu affiliates have made up the bulk of the ANC’s organising ability. The dissatisfaction felt by union members with the ANC’s lack of delivery and apparent corruption may well have been one of the major factors behind the party’s poor results in these local elections.

This could make Cosatu a fascinating entity as a political party.

In the past, the SACP was supposed to act, sort of, as Cosatu’s political party. This is one of the reasons that the SACP has always been given office space at Cosatu House (both the old Cosatu House and the new Cosatu House).

It would be interesting to see if this relationship would break up along with their relationships with the ANC.

However, there are plenty of reasons to think this may not happen.

In the past, there have been at least two attempts to form political parties along ideological and workers’ lines.

The last party which claimed to speak for workers, the Socialist Revolutionary Workers Party (SRWP), failed dismally in the 2019 elections.

The party, headed by Irwin Jim, received only 24,439 votes nationally. That’s even though Jim is the general secretary of the union Numsa. At the time, Numsa had a membership of 339,000 workers.

On the other side of the spectrum in that election was the Capitalist Party of South Africa. It won 15,915 votes in 2019.

This may well indicate that there are limits to how far the political appetite extends for parties based on ideology or within unions.

However, both the Capitalist Party of SA and the SRWP were badly organised, poorly resourced and failed to catch much attention. Both Cosatu and the SACP would surely run much stronger campaigns, which would be better organised and resourced.

The other risk for Cosatu and the SACP is that over time it is likely that more political parties will be created and that other players will try to occupy the space opened up by them.

Numsa could easily try to form another party or to organise properly. Nothing is preventing a different “communist” party from emerging. And if they do not act, and the ANC does continue to lose political power, Cosatu and the SACP could end up in a much weaker position than they are in now.

This could lead to a downward power spiral that is hard to escape.

As a result, the members and leaders of Cosatu and the SACP may have to make important decisions sooner rather than later. Those decisions could speed up the process of political change that we are experiencing. DM