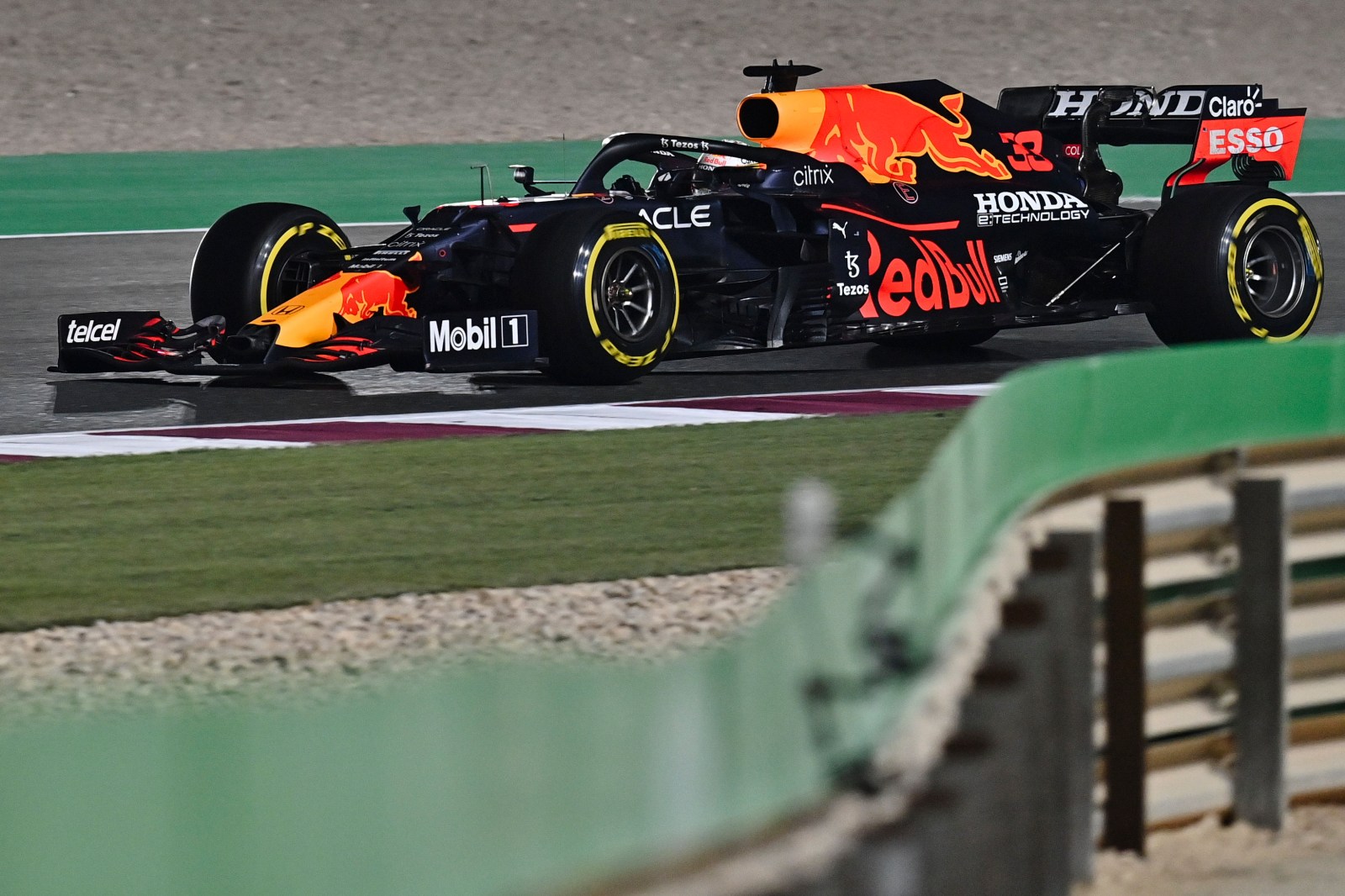 Dutch Formula One driver Max Verstappen of Red Bull Racing in action during the 2021 Formula One Grand Prix of Qatar at the Losail International Circuit in Lusail, Qatar, on 21 November 2021. (Photo: EPA-EFE / NOUSHAD THEKKAYIL)

If Lewis Hamilton was feeling the pressure of being eight points behind Red Bull rival Max Verstappen in the 2021 Formula 1 world title race before this weekend’s penultimate race at the inaugural Saudi Grand Prix, he hid it well.

The Mercedes driver, who has enjoyed some fierce rivalries over his illustrious career against the likes of Sebastian Vettel and Nico Rosberg, has seen it all. So, instead of spending the week talking solely about racing and focus, he used it to criticise Saudi Arabia’s stance on LGBTQI+ issues, which was uncomfortable for the sport’s bosses.

F1 is a profit-driven enterprise and the fact that it hosts races in nations with poor human rights records is old news. But the addition of Saudi Arabia to the calendar has shone a brighter light on human rights abuses in countries where F1 is happy to take the money. Generally, drivers refrain from commenting on much outside of the happenings in the paddock, but Hamilton – perhaps because he is in the twilight of a storied career, or perhaps because he really cares – decided to speak out. It must have had F1’s public relations department squirming.

“There are changes that need to be made. For example, women’s rights of being able to drive [legally] in 2018, it’s how they are policed. Some of the women are still in prison from driving many, many years ago,” he said. “There are a lot of changes that need to happen and I think our sport needs to do more.”

The 36-year-old Hamilton, by virtue of his standing as the most successful driver in the sport’s history, which now includes a whopping 102 Grand Prix wins and his growing maturity, is certainly a powerful voice for social causes.

But he is also a pure racer, so despite his apparent discomfort at being in Saudi Arabia, it wasn’t enough to make him stay away. Social conscience is all well and good, but when there is a world title on the line, a few pointed remarks will have to do.

If that sounds like criticism, it’s not, but it underlines the impossible job of leading sports stars. If they don’t take a stand on social issues, they are criticised, and, if they do, they are accused of being selective in their concern. It’s probably easier to stick to racing, just as Verstappen has.

On track, Hamilton is not in command of the title race any more, with Verstappen leading by eight points. Hamilton can’t win his record eighth title under lights in Jeddah, but he can lose the title race before they head to the season finale in Abu Dhabi next week.

If Verstappen wins in Saudi and Hamilton finishes seventh or worse, the title will go to the Red Bull man.

That is unlikely, though, as Hamilton’s Mercedes has been purring beautifully in the past few races, winning in Brazil and Qatar to close the gap on Verstappen. At one stage, the Dutch racer held a 32-point lead in the 2021 championship.

Verstappen could still fail in the final few corners of the season but, even if that happens, 2021 has been a good year for the self-styled pinnacle of motorsport. There has been a rivalry at last – the first since Hamilton and Rosberg went at it in 2016. But they were on the same Mercedes team. Verstappen and Red Bull, powered by the Honda engine, have ensured a two-team drivers’ and constructors’ championship battle.

Since the start of the current hybrid era in 2014, when the F1 cars changed from 2.4-litre V8 engines to 1.6-litre V6 engines, Mercedes has been untouchable. Hamilton alone has won a staggering 80 Grand Prix since the start of 2014.

In the previous four seasons, Hamilton has had the world championship wrapped up by the penultimate race of the season.

Verstappen and Hamilton have finished first and second in 12 of the 20 Grand Prix in 2021, including the four races before Jeddah. If that pattern persists, Verstappen’s eight-point lead is significant because there haven’t been big swings recently.

It’s no wonder Hamilton says that, if he somehow pips Verstappen this year, it would be his greatest title of all. That would take him past the legendary Michael Schumacher.

“If I get the job done, I think it will [be my greatest championship], yeah,” Hamilton said in the build-up to Jeddah. “But also, no one has ever been able to fight for an eighth, aside from Michael. It is a new position, uncharted territory…”

It’s also been a sign of the tension in 2021 that there has been significant off-track sniping between Red Bull and Mercedes. Red Bull boss Christian Horner has accused Mercedes of using an illegal rear wing in Brazil, which hasn’t been proved.

Sport of any kind needs two or more protagonists to make it compelling. One-sided contests are only enjoyed by the most die-hard, myopic fans of a team or athlete. Most of us want unpredictability, which, for the past five years, has been sorely lacking in F1.

It’s no fault of Hamilton’s that he has been in the best car and that rivals have been unable to bridge the performance gap to the German manufacturer. Hamilton still has to propel the missile on testing circuits without mistakes to maintain his dominance, but his job has been made easier by almost always being at the front of the grid.

But Hamilton saw the signs earlier this year when he finished seventh in Monaco and Verstappen won for the first time in the streets of Monte Carlo. That was the fifth race of the season and it was evident that a battle loomed for the Mercedes man.

“It’s going to be a tough season; they have a championship-winning car and they will be very hard to beat,” Hamilton said at the time.

Thankfully for the sport and for the sake of balance, he was right. DM168