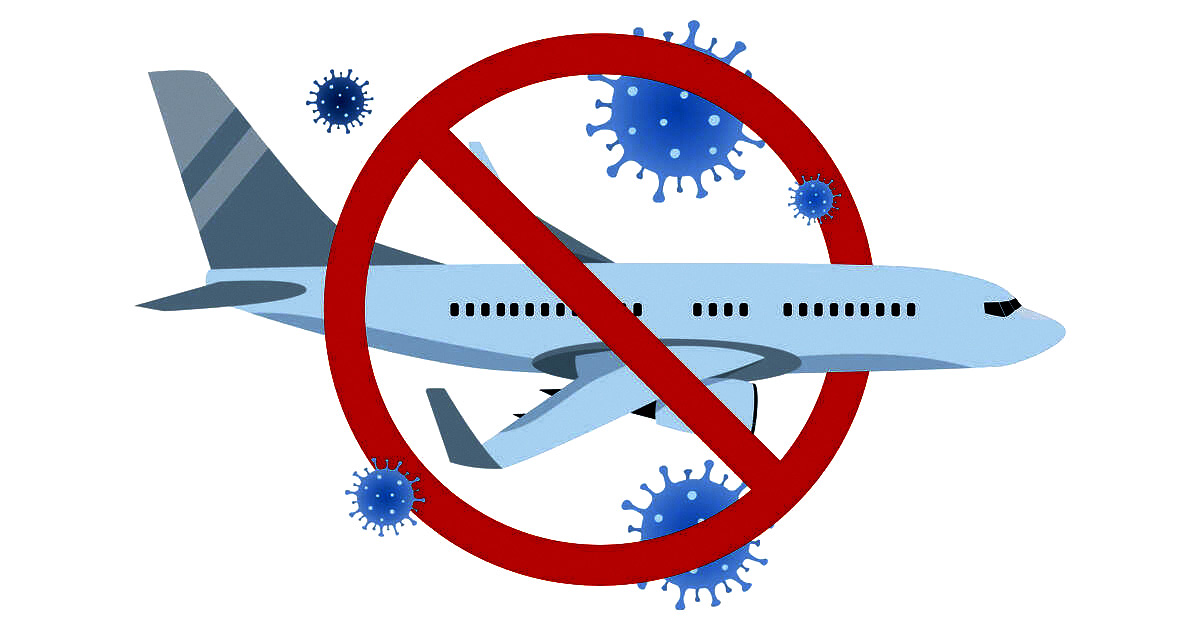 South Africa did right by the world in announcing the discovery of the new Omicron Covid-19 variant. In return, many countries in the global North slapped travel bans on it and other African countries. These bans may not be backed by science, but they are the latest in a series of moves by northern nations that remind the global South that — in the eyes of a few — some lives are worth more than others.

World Health Organization (WHO) officials rang in New Year’s Eve 2019 with the first reports from China of a new mystery virus — 30 days after Covid-19 symptoms were first reported in the country, by conservative estimates.

International law requires countries to notify the WHO of any possible public health emergency within 24 hours, to allow the world to respond to global health threats like pandemics.

The WHO eventually praised China’s scientists for detecting the virus, but bemoaned delays in receiving information from the Chinese government to allow it to respond to the virus — including important genome sequencing.

It took scientists in South Africa and Botswana just five days to reveal the discovery of the new, highly mutated, Omicron variant. Although southern Africans first identified the variant, there is no way of telling whether it emerged there initially.

Their reward? Less than 24 hours later, the likes of the US, Canada, the EU and the UK introduced travel bans against South Africa and its neighbours.

It’s the latest example of how a few nations that were able to secure huge amounts of Covid-19 vaccines early continue to make the rules in this pandemic. Travel bans now threaten to widen the gap between highly vaccinated countries in the global North and the global South, where only about one in 20 people have seen any dose of a vaccine.

And we will all be less safe for it.

Travel bans don’t stop viruses, but they will hurt how we track the virus

In the wake of bans, South African scientists who helped discover Omicron now say the country is in danger of running out of the imported Covid-19 testing reagents needed to track the strain’s spread. Other countries on the continent, says the WHO’s Dr Nicksy Gumede-Moeletsi, are bracing for similar shortages. She adds that many nations on the continent still rely on air travel to ship SARS-CoV-2 specimens to countries like South Africa for the kind of gene sequencing that allows the world to track the rise of variants like Omicron.

Meanwhile, supply chain specialists racing to deliver Covid-19 immunisations to Africa, where fewer than one in 10 people are fully vaccinated, fear travel bans will increase the cost of deliveries and delay shipments. This threatens to widen, not close, gaps in global vaccination that allow the virus to spread and mutate.

Research shows that travel bans may delay the introduction of a new disease by a few weeks, but are not enough to completely ward off new strains’ arrival. Bans may also be too late. At least two dozen countries are already reporting cases of Omicron.

The Netherlands has identified at least two cases of the strain in samples collected before South Africa’s announcement. France’s health minister has said the variant is probably already circulating there.

Neither France nor the Netherlands has faced travel bans — nor tough questions about their abilities to do genomic surveillance that could have detected Omicron sooner.

By September 2020, the US, the UK, Canada, the EU and Japan had deals for more than four billion doses of frontrunner experimental Covid-19 vaccines, before a single jab had been approved for use. These contracts, said access to medicine expert Mohga Kamal-Yanni at the time, represented the “lion’s share” of immediate production.

With early access to jabs and follow-up boosters, upwards of about 60% of people in these countries, on average, are fully vaccinated.

Only about 7% of Africans are fully inoculated against SARS-CoV-2. The continent is expected to run short of 470 million Covid-19 vaccine doses this year.

Countries that early on secured enough doses to inoculate their populations against Covid-19 several times over have played a leading role in shaping this reality: First, buying up the lion’s share of early doses, then jumping the queue to nab more before poor countries could and ultimately refusing even to allow the global South to make its own.

Bans are the latest in a string of broken promises

Africa has been last in line for vaccines and new medicines in nearly every major outbreak or pandemic in our lifetimes — whether that is Covid-19, HIV or even common childhood diseases. When it became clear history was repeating in 2020, international organisations — the world promised — would provide them through the Covax initiative.

Today, 60% of available Covid-19 vaccine doses have been procured by just five countries and a third of that stock remains in stockpiles, according to World Trade Organization (WTO) director-general Ngozi Okonjo-Iweala. Okonjo-Iweala didn’t name names, but it’s hard to imagine that one or more early hoarding nations do not factor among them.

Still, rich countries delayed donations and jumped the queue, demanding pharmaceutical companies fill their orders before supplying Covax, Covax managing director Aurélia Nguyen said in September. The international financing and pooled procurement mechanism has twice had to reduce projections of available doses for poor countries in the past year.

When Covax faltered, South Africa and India asked the world to let the South make its own vaccines. The duo proposed a temporary waiver of Covid-19-related intellectual property at the WTO in October 2020 that would apply to jabs, medicines and other technologies. The UK, Canada, Japan and EU countries all opposed the waiver — in part to protect the local pharmaceutical industry that enabled their early leads in vaccination.

The US has recently shifted its stance to support the waiver, but has not rallied allies to follow or proposed a tangible way to break the deadlock. However, US President Joe Biden’s administration has pledged substantial money to develop local Covid-19 vaccine manufacturing in Africa.

The pharmaceutical industry argues that even if intellectual property rights were briefly waived, most African countries couldn’t produce Covid-19 vaccines. Still, Doctors Without Borders says at least seven African companies have the same manufacturing capacity as Spanish firm Rovi that is expected to produce Moderna’s Covid-19 vaccine on contract in just six months with Moderna’s help.

For its part, Moderna recently renewed broad patents in South Africa that threatens to block the WHO-backed work of local scientists to produce a new mRNA Covid-19 vaccine for the global South.

For almost three years, the world has told itself the fiction that the choice by some countries to enact and sustain vaccine apartheid was a nearly victimless crime. After all, Covid-19 deaths in Africa — on paper — seemingly pale in comparison to levels experienced by other regions.

The reality is that a lack of data makes it almost impossible to say this with any certainty, cautions University of Cape Town demography professor Tom Moultrie.

Six out of seven Covid-19 cases go undiagnosed on the continent, the WHO says. Meanwhile, most African nations don’t track deaths well enough to collect data on Covid-19 deaths.

In South Africa — where data is better — Covid-19’s true cost is likely at least double the official death toll of roughly 90,000.

Travel bans will not keep the global North safe. In fact, they make all of us arguably more vulnerable to the virus — threatening our ability to track it and prevent it. They are, however, the latest in a series of decisions shaping the course of this pandemic that are more about power than about prevention. DM/MC

Laura López González is a freelance health journalist and editor with 15 years of experience covering health in the global south from Johannesburg, South Africa.