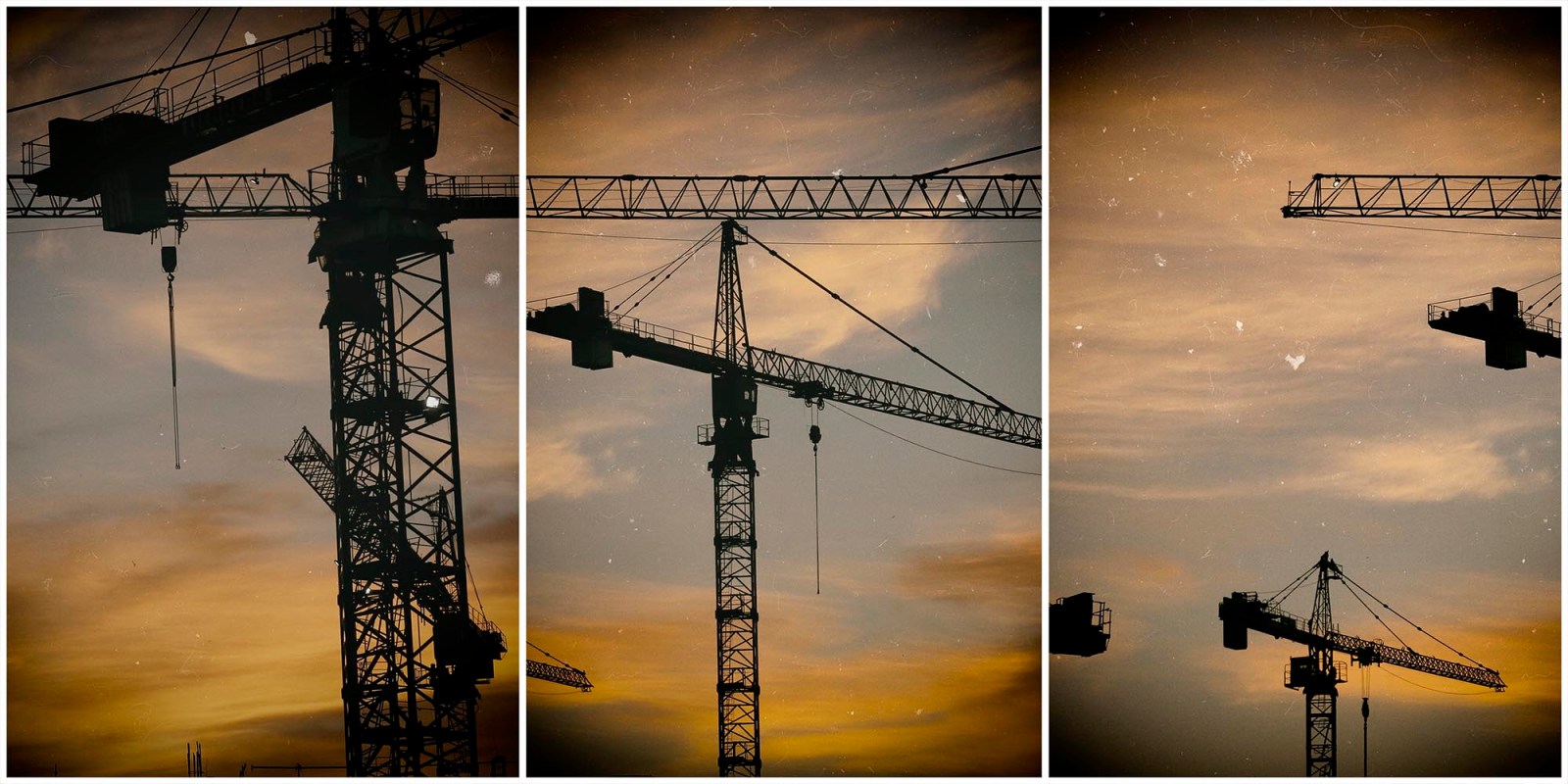 Other economists have forecasts closer to those of the Treasury and Sarb, but a steep contraction in the third quarter – of, say, 3% or more – would likely see full-year forecasts revised lower.

When Statistics South Africa (Stats SA) releases the gross domestic product (GDP) reading for the third quarter (Q3) of this year on 7 December, it is widely expected to show that the economy shrank in the three months from July to September, a major setback to the recovery from last year’s 6.4% contraction.

The main reason behind this dismal performance – underlined by the dreadful third-quarter jobless data – is the wave of unrest and looting that tore through Gauteng and KwaZulu-Natal in July. The ringleaders behind the mayhem have more than 300 deaths on their blood-stained hands, and made South Africa poorer in the process, depriving many people of their livelihood. The charge sheet against them is growing.

“Given all the unrest we had in July, and the lingering impact we had from that, I expect a contraction in the quarter,” Christie Viljoen, economist and senior manager at accounting firm PwC, told DM168.

PwC does not have a specific quarterly forecast, but Viljoen said the unrest and its aftershocks likely took one percentage point off growth for all of 2021.

PwC’s forecast for 2021 GDP growth is 3.8%, which is well below official forecasts –but it would have been 4.8% were it not for the events of July. The South African Reserve Bank’s (Sarb’s) latest forecast is for growth of 5.2% this year, counting an expected Q3 contraction of 2.5%. Its full-year forecast is just above the Treasury’s 5.1% estimate.

But PwC, in its latest South Africa Economic Outlook, notes that, over the past decade, real GDP growth has consistently fallen below the forecasts outlined in Budget speeches. This is one of the reasons why spending is based on unrealistic views of revenue forecasts, leading to widening budget deficits and heavier debt burdens.

Viljoen said its 3.8% growth forecast – which will leave South Africa well short of pre-pandemic output levels – is based on its estimates of the impact of the lockdowns and load shedding.

“We control for different lockdown levels and we take quite a serious view on the negative impact of load shedding. So, our number is lower than most,” he said. 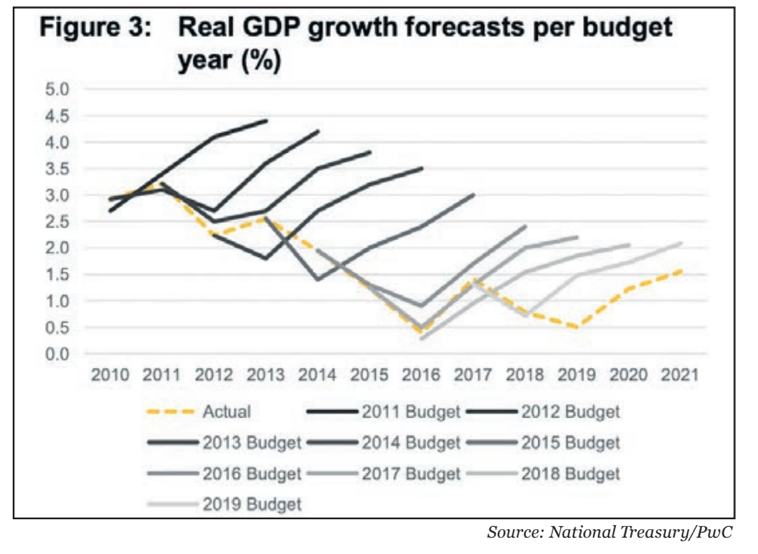 Other economists have forecasts closer to those of the Treasury and Sarb, but a steep contraction in the third quarter – of, say, 3% or more – would likely see full-year forecasts revised lower. There have at least been some green shoots this quarter, such as a spike in the Absa Purchasing Managers’ Index in November.

To return to Q3, the woeful state of the economy over those three months was thrown into sharp relief by the latest Quarterly Labour Force Survey, which showed that the unemployment rate had climbed in that period to a record 34.9%.

Under the expanded definition, which includes discouraged jobseekers, the rate rose 2.2 percentage points to a shocking 46.6%.

“The latest unemployment figures are quite depressing if one considers that nearly half of the population is without a job. We expected the unemployment rate to increase following the unrest in July and after South Africa endured a third wave of Covid-19 infections,” Jee-A van der Linde of Oxford Economics Africa said in a commentary note on the data.

“What’s more, less than half of South African industries managed to add new jobs on an annual basis. Our medium-term forecast is for real GDP to grow by an average rate of 1.8% [a year], compared with a similar growth rate for labour supply.

“This implies that the South African economy will not be able [to] create enough new jobs to meet growing labour demand.

“In fact, the economy would need to grow by at least 2.5% to 3.0% [a year] over the next few years for a sustained decrease in the unemployment rate.

“Unless meaningful policy changes are implemented, we do not see the unemployment rate returning to pre-pandemic levels over the medium term,” Van der Linde wrote. DM168