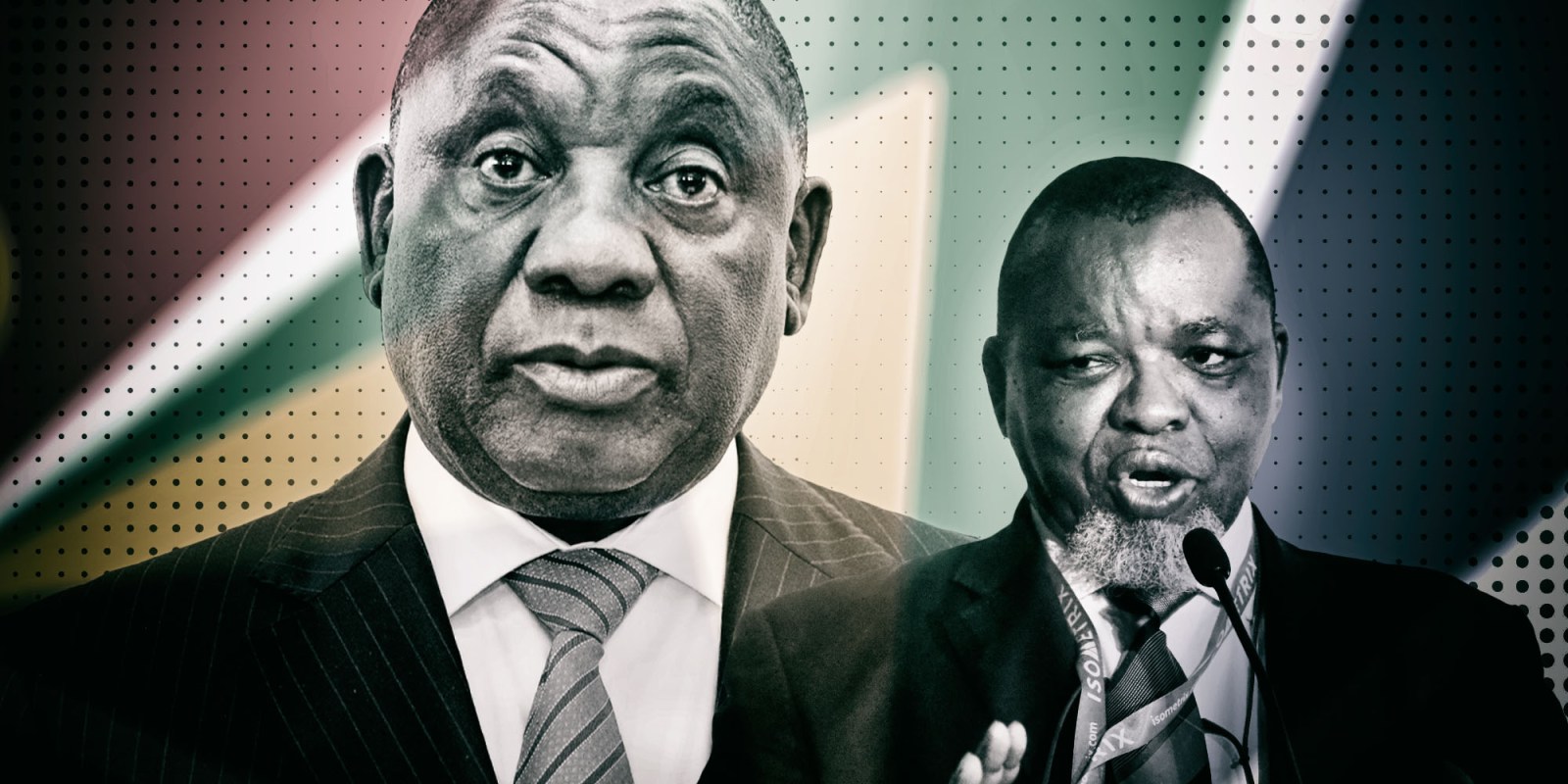 An unparalleled insight into the workings of the highest level of power in South Africa and an education for all citizens.

This week, in what we hope will become an ongoing series, DM168 is able to present a transcript of the most recent Cabinet meeting, taken from a leaked phone recording.

We believe it shows an unparalleled insight into the workings of the highest level of power in South Africa and will be educational for all citizens.

Cyril Ramaphosa (CR): Gosh, where is everyone?

Mondli Gungubele (MG): Ah, we have a lot of apologies, Mr President. Most ministers are out there on the ground – well, in a helicopter, perhaps, or one of those great SUVs mandated in the Ministerial Handbook for work with the grassroots…

CR: I understand. Well, we have to get on with what we have, sorry, who we have.

MG: If I may, Mr President, before we begin, the ministers just wanted to congratulate you on your latest “My fellow South Africans” speech. Truly masterful. We think it’s the best so far. Really. And the ratings were through the roof, Mr President. Facebook is all applause.

CR: Thank you. Point to remember: when you’ve got a representative of the West to rail against, that’s always good.

[Muttering down the other end of the table]

CR: Right, yes, thank you Uncle. And we presume the West does not include Russia or Turkey?

CR: Thought so. Just a little reminder: the United States paid for our first tranche of vaccines… Oh, and where is Minister Phaahla?

MG: He’s in Pretoria, I believe.

CR: Right, well, the outreach must continue. We don’t want all the Afrikaner Christians to be wiped out by a new variant, do we?

CR: And where is Ms Ndabeni-Abrahams?

CR: Lovely. But I have an in-house pedicurist. Paid for by Shanduka, I might add, not from the public purse.

[Muttering at other end of table]

CR: Sorry, what was that?

CR: What is a pedicure? Can someone please explain to Uncle Gwede? No, it’s not part of your portfolio, Uncle…

CR: No, you don’t have to go. And, yes, we’ll come back to you, Uncle. Now, Minister Ntshavheni, I believe we have a little situation at the SABC?

CR: Did I read that this had something to do with that SABC interview that didn’t happen while I was campaigning in Limpopo?

KN: Well, there may be a link… Definitely nothing to do with interference from the board.

CR: No? Was there interference from the board?

KN: We’re studying that. But we’re not saying anything. We don’t want to look Stalinist. Or anything like the previous administration. Or the one before that. May I remind Mr President that one of my middle names is Silence?

CR: Yes, so it is. I remember now. I’ve thought it was one of your best qualities. Well done, Khumbudzo. Where is Minister of Taxis Ses’Fikile Mbalula?

CR: Right. Good to see some separation of party and state. I fully endorse Minister Ses’Fikile’s position. His supine position, that is. We will return to the issue of taxis in the new year. Let’s hope they don’t kill too many people over the festive season.

MG: Minister Cele also sends his apologies, and I’m sure he’d echo what you said about the taxis, but as regards the police force.

CR: You mean that they don’t kill too many people over the festive season?

MG: Well, I wouldn’t want to put words in his mouth.

CR: Quite. Not that you can. You can’t even put words in his brain.

CR: Make a note, though – must chat to Minister Cele about the insurrection in July. I’m not sure we’ve arrested enough people. Or the right people.

CR: Now, Uncle Gwede, if we can just turn to you for a moment… There’s this issue about Shell blasting up the Wild Coast? Seismic survey, I believe it’s called. Anything you can do about the public outcry?

CR: What does Uncle say?

MG: Something about coal, miners, fossil fuels and “We will never surrender”.

CR: Yes, well. I just have to tell you, Uncle Gwede, that those ladies in Sea Point with whom I have a little jog now and again are very upset that your Shell people are going to be deafening the whales and so forth.

CR: Yes, I know you don’t care about the Sea Point ladies. Unless they become coal miners. Or maybe if they become Turkish? Ha, ha, a little joke, Uncle… Don’t be offended. One must maintain one’s sense of humour when one is in politics, no? I find it so essential. That’s why I give Trevor Noah a call every few weeks. Just to have a presidential laugh.

MG: He asks who Noah is, and are you saying there’s a flood on the way?

CR: Ha, ha, you do have a sense of humour, Uncle. Cute. Yes, well, there may be floods on the way, especially now that monsoon season has hit South Africa, but you’d have to check on that with the Minister of the Environment. By the way, where is Minister Creecy?

MG: [checks phone, iPad, etc] She’s hunkered down with some lawyers, Mr President. They’re checking the environmental impact surveys on this Shell thing. Making sure all the i’s are dotted and the t’s crossed, or perhaps it’s the other way around. Before we get sued by some ecoterrorists.

CR: Good. Due diligence must be done, even if it’s after the fact. Oh, and Uncle Gwede, just to remind you, if you hadn’t perhaps caught up with this – Shell is a Dutch and British company. So they represent the West. No problems with the West when it’s represented by Shell?

CR: Ah, yes, well, we will be supporting you on this, Uncle. You can go ahead with the seismic survey, whales and dolphins notwithstanding. Plankton, even. I’d ordinarily side with the Sea Point ladies, but I have been informed that the ANC has a stake in this Shell thing and, well, I’m hoping there’s some income there. I can’t personally bail out the ANC every six months because Ace left us in the red when he went on leave.

CR: I’ll take that as a “Thank you, Mr President”. It’s a pleasure, Uncle. But there’s a quid pro quo, I’m afraid. In return, can you give just a little bit of support to Eskom’s green transition? Just a tiny, teeny bit? Maybe cut the independent power producers some slack?

It is the future, you know. Remember when we used to have a future? It was so nice. It’d be nice to have a future again. And keeping your coal mines going for another 100 years, well – you do know about climate change? I wanted to check that with you.

MG: Yes, he says he has heard of the climate.

CR: Wonderful. Thanks for that, Uncle. Well, everyone, I do believe that’s a wrap. Hopefully, our ministers will return to work in the new year. Thanks, everyone. I’m off for a pedicure. DM168