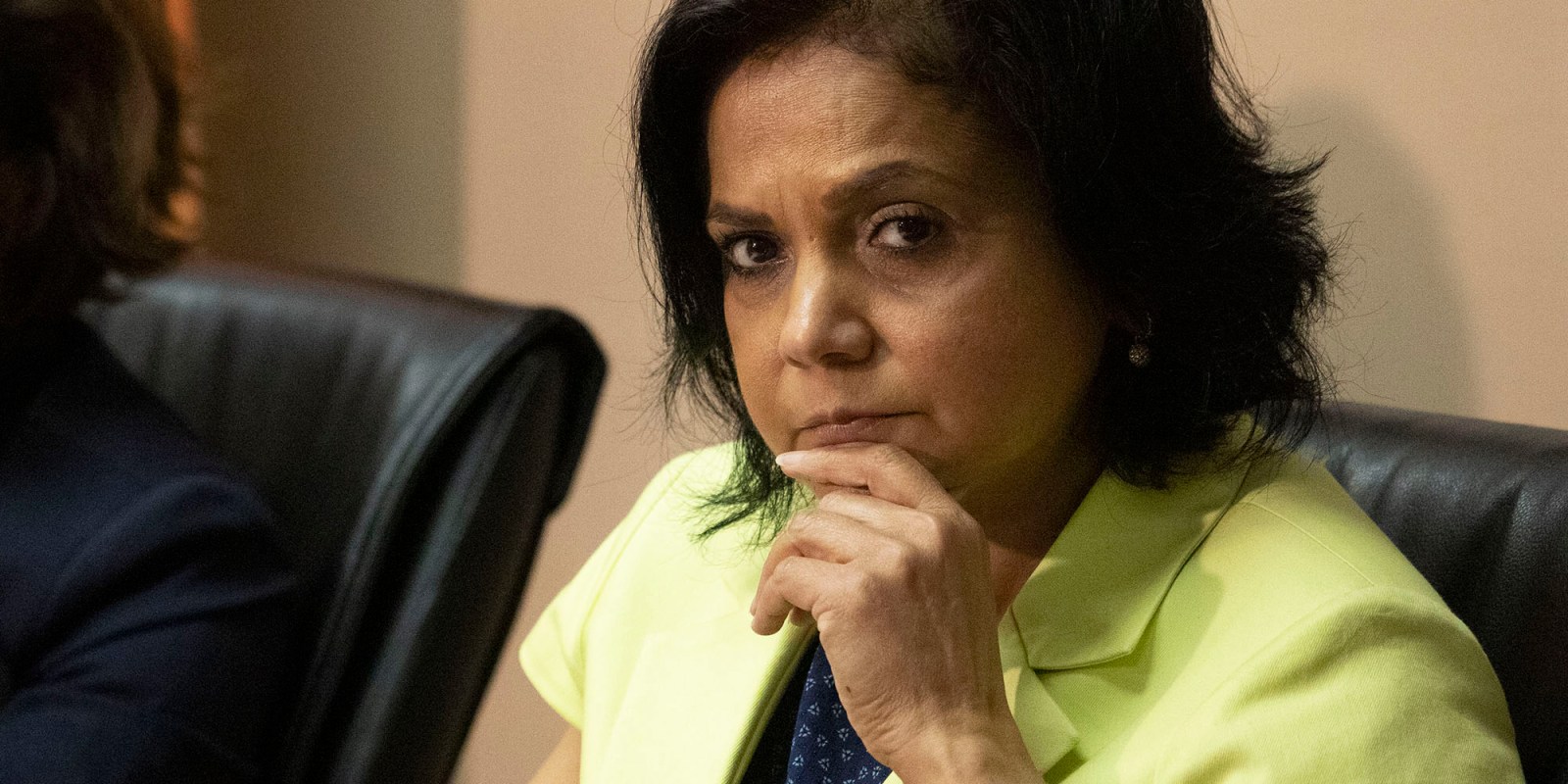 Advocate Shamila Batohi now has her well-respected adviser Advocate Mthunzi Mhaga as the current acting spokesperson of the National Prosecuting Authority – but that’s not enough.

Over the past few weeks, a recording of the Hawks’ interview with Moroadi Cholota, the former PA to Ace Magashule when he was the premier of the Free State, has been widely circulated.

Cholota was interviewed last month in the United States, where she is currently studying.

Magashule was charged in November 2020. At the time, the National Prosecuting Authority (NPA) announced Cholota as its star witness in the fraud, theft, corruption and money laundering case.

For a moment it looked like the NPA had a watertight case.  But the about-turn by the prosecuting authority last month – when it said Cholota was no longer a witness – came as a shock to many observers.

The recording, which the Magashule camp has been circulating with glee, points to potential bungling of the case by investigators and prosecutors.

The NPA has now charged Cholota alongside Magashule, and has applied for her extradition to face trial in SA.

During the 96-minute interview that took place last month, it is clear from the very beginning that Cholota had no intention of turning against her former boss. The NPA’s case against Magashule rests on their being able to prove that he centralised major state contracts in his office and dished them out to pliable business people in return for favours.

Cholota is central to their case: the NPA claims that, when she solicited funding for cash-strapped students, she was acting on Magashule’s instruction. It is Cholota who penned letters to business people – including the late Ignatius Mpambani and fraud accused Edwin Sodi – requesting that they fund the studies of Free State students at various universities.

But Cholota denied this, even going as far as telling the investigators that in some cases she was acting of her own volition, without Magashule’s involvement.

In the recording, she also takes issue with being announced as a state witness without her consent or knowledge. The Hawks investigator then seeks to downplay the gaffe and assures her that the decision to make her a state witness was merely based on her testimony to the Zondo Commission.

But that’s not how it works.

Clearly, they jumped the gun in parading Cholota as their witness when she was not.

Mind you, the interview took place a year after Magashule was initially charged. This does not inspire confidence. As things stand, the case against Magashule is starting to look a bit wobbly. And, although that may be the case, the reality is that more than R1-billion of public funds cannot be accounted for in the Free State. That includes the R235-million in the famous asbestos case, for which Magashule is being charged. Then there is R500-million that was paid to contractors to build houses, before any work was done – and not a single house was built.

Add to that the R300-million that disappeared in the ill-fated Estina Dairy project in Vrede.

That is just in the Free State – and there are more cases.

Crimes were committed and the NPA has the responsibility to bring the perpetrators to book.

The latest threat of legal action by Accountability Now against the National Director of Public Prosecutions, Advocate Shamila Batohi, if she does not move forward on cases, is a reflection of a broader frustration among South Africans about the slow pace of prosecutions of those behind the mass looting of state resources. Accountability Now argues that the NPA is dragging its feet in key corruption cases. Batohi is partly to blame for this widely held perception.

For a top prosecutor, she is nowhere to be seen. She hardly does any media interviews.

If the fight against corruption is to be seen to be done, then our top prosecutor should be at the forefront.

For over a year I have been asking for an interview with Batohi, without success. Ironically, her appointment was announced by President Cyril Ramaphosa exactly three years ago, on 4 December 2018. But we have seen and heard very little from her.

Granted, Batohi now has her well-respected adviser Advocate Mthunzi Mhaga as the current acting spokesperson of the NPA – but that’s not enough.

It should not take a threat of legal action to jolt Batohi to convene a media briefing. There is now one scheduled for Monday, 6 December 2021.

Her position does not allow for her to be a backroom operator – it’s a very public job. And the fight against corruption is a public affair.

If the fight against corruption is akin to a boxing match, then the general impression from the ringside is that it is the NPA that is standing at the cutman’s corner with a bloody nose.

Not only were billions of public funds stolen at the height of State Capture, but we have also seen very little accountability. Batohi should regularly update the country on the progress of these cases. Right now, it does not look like we are winning the fight. DM168