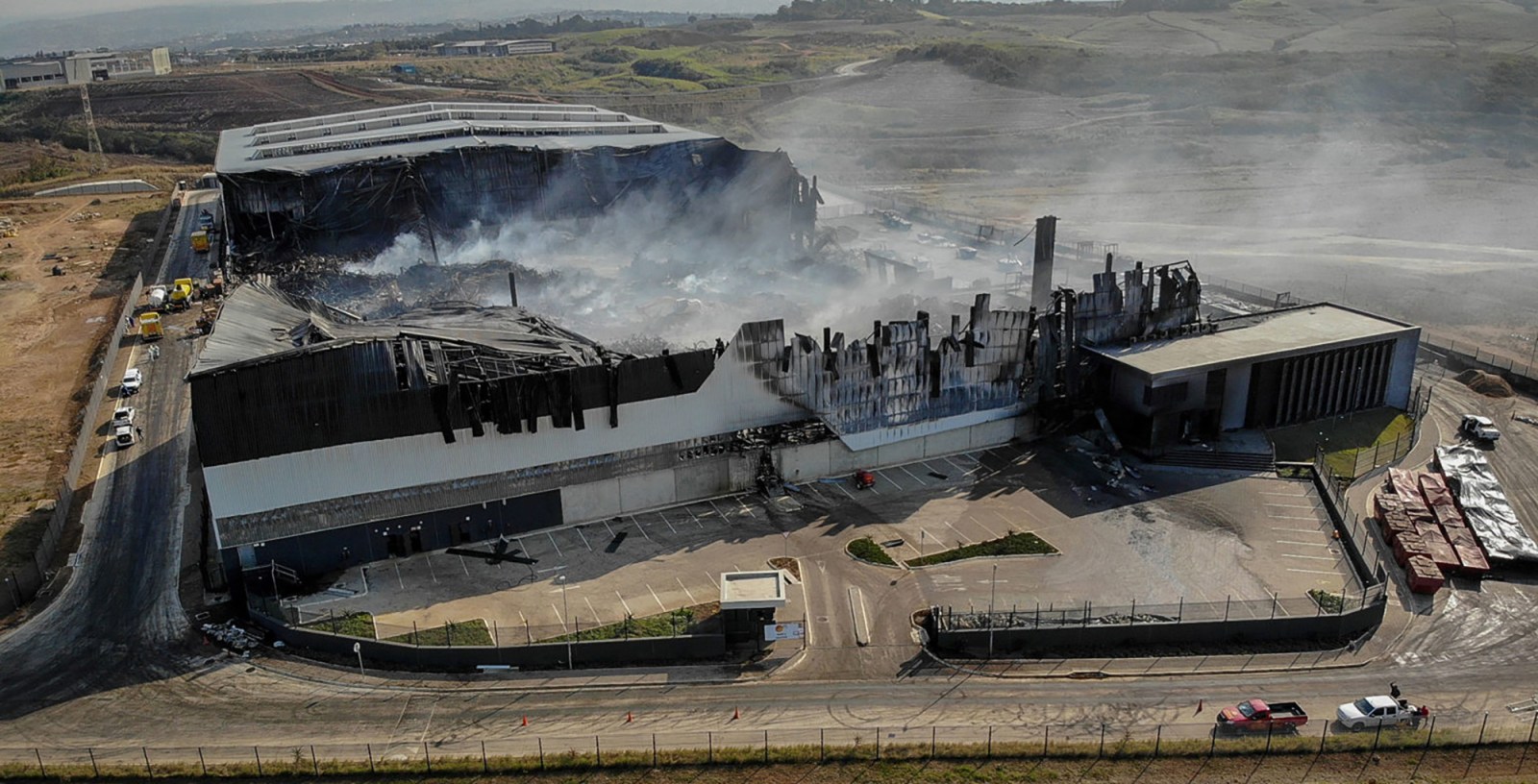 Contrary to statements reportedly made by KwaZulu-Natal MEC for Economic Development, Tourism and Environmental Affairs, Ravi Pillay, about UPL South Africa, the company has approached the appeal process in a cooperative manner in order not to delay rehabilitation and remediation work, writes UPL’s spokesperson.

The article “Legislators want tougher measures and inspections for chemical storage areas to avoid another UPL disaster” (Daily Maverick, 28 November 2021) contains a number of incorrect statements by the KZN MEC about UPL South Africa’s response to the arson attack against its warehouse in Cornubia on 12 July 2021.

If accurately reported, some of the statements by KwaZulu-Natal MEC for Economic Development, Tourism and Environmental Affairs, Ravi Pillay, require a response. Perhaps the most in need of correction is the statement that UPL has lodged an appeal “objecting to the more stringent requirements to monitor and assess the impacts on human health and the environment”. That suggests that UPL is resistant to accepting its legal responsibilities arising from the incident and its consequences.

That is directly contradicted by the substance and context of the appeal lodged by UPL, and the cooperative manner in which UPL has approached the appeal process in order not to delay rehabilitation and remediation work.

UPL’s record is factually and objectively demonstrable: it has cooperated and shared information with government since 13 July — the day after the arson attack on the evening of 12 July. It has, since then, been in constant engagement with the authorities regarding the containment and clean-up of the spill, and in devising a strategy for monitoring its effects.

Section 30 of the National Environmental Management Act (Nema), which sets out a statutory process for dealing with emergency situations such as this, has been invoked and is being followed under the guidance of UPL’s experts and all of the relevant government departments. UPL has been providing weekly updates to the relevant government departments on the steps being taken by UPL in order to comply with the s30 requirements.

UPL has welcomed the bulk of the content of the new directive. But there are serious and legitimate concerns about many of its provisions. While one facet of the appeal does deal with additional reporting requirements, much of it deals with the practicalities of the time periods set for certain actions, and the need for clarity on a number of its provisions. A large section of the appeal is devoted to the proposed Multi-Stakeholder Forum, its terms of reference (which at the date of the directive had not been finalised, and which have huge implications for UPL) and the legality of obliging UPL to fund its activities as well as the total vagueness around UPL’s proposed involvement in or with that body.

Despite the lodgement of the appeal and its consequential suspension until the appeal is resolved, UPL has ensured that all of the essential actions in the directive are continued, including the lodgement of sectoral reports, workshopping with the relevant government structures, and ongoing monitoring and reporting. UPL does not in any way seek to avoid its responsibilities: it merely seeks to ensure that its responsibilities are clearly and unambiguously stated in any directive, and are legal and justifiable in response to the incident.

It is also important to note that whereas UPL had 30 days in which to appeal the directive, it did so within 24 hours, and urged the MEC to make a decision without undue delay.

It is thus clear that, contrary to the suggestion that UPL is trying to avoid its responsibilities, it is actually working tirelessly to comply with its monitoring, reporting, clean-up, rehabilitation and remediation obligations. It is untrue to suggest that the appeal was an attempt to delay or obfuscate that.

UPL has repeatedly called attention back to the true cause of this incident: a spill caused by a violent attack on its leased Cornubia warehouse, which the president has called a national insurrection. To date, UPL has spent over R287-million to mitigate the impact of the spill, and it is disappointing in the extreme that very little, if any, public recognition is given to UPL’s efforts and commitment. UPL has appointed a team of leading independent experts and specialists as well as two spill response teams. During the first two-and-a-half months following the attack, there were approximately 130 people working at the spill site 24 hours a day, seven days a week.

Encouragingly, because of these efforts, UPL’s team of aquatic ecologists are starting to see animal and plant life returning to some of the most impacted reaches of the river system. In some sections, basic life forms, bacteria and algae, and even frogs’ eggs and tadpoles are starting to recolonise and take up residence. The specialist team has also begun the revegetation process.

UPL and its team will continue engaging with the relevant government authorities and continue to provide regular reports on the work being done. It is noteworthy that this coordinated effort has already borne fruit, and UPL is confident that through the remediation work planned for the coming months, that the ecological systems surrounding the warehouse site will continue to recover and steadily be restored to full health. DM