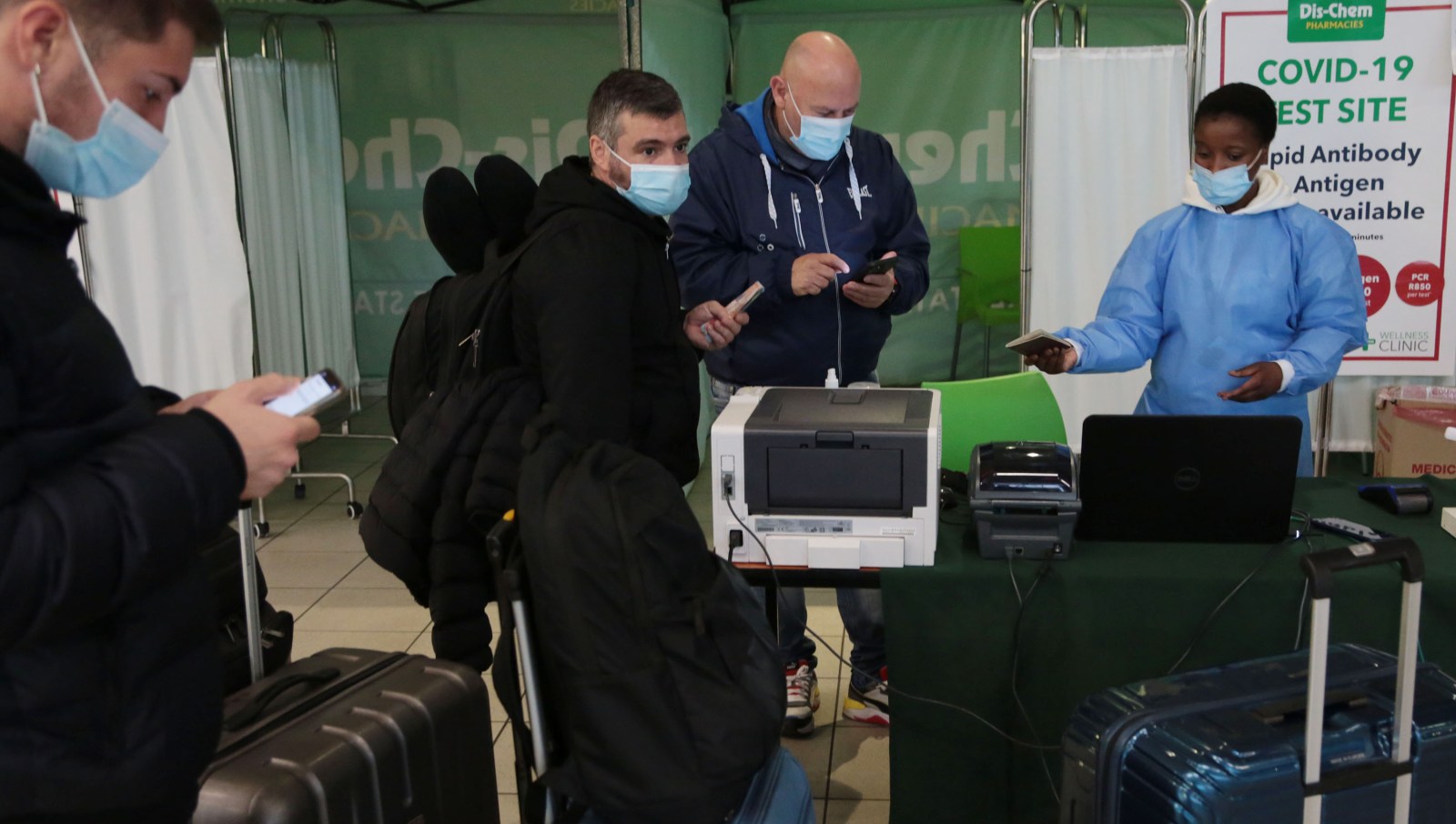 The ideal of open and transparent sharing of data to save lives has been turned into a mindless geopolitical game to shame those who seek to save the world.

The response of the West to South Africa’s disclosure of detecting cases of the latest Covid-19 variant, Omicron, has laid bare the eternal anti-Africa sentiment that significantly, and consistently, characterises the global political economy which the West still dominates.

Ordinarily, South Africa’s Omicron disclosure to the World Health Organization (WHO) on 24 November 2021 would have been embraced as a transparent and constructive action that aids the international community’s “coordinated” response to the ever-mutating novel coronavirus.

To the South African government’s surprise, the disclosure – which is obligatory for all members of the WHO – became the basis of anti-southern Africa travel bans, notably by the UK, the US, Israel, Canada and an increasing number of European Union members.

These countries often regard themselves as exemplary members of the international community and champions of international cooperation for resolving global issues, including the global health pandemic. Yet they have been guilty of hoarding vaccines the developing world needs, blocking the South Africa- and India-led push for a TRIPS waiver to allow more countries to produce vaccines, and now imposing economically damaging bans on travel without any basis in science.

Indeed, they portray themselves as friends of the African continent, and have dedicated funding programmes to support African collaboration and cooperation, yet they take decisions that harm Africa’s ability to recover from the Covid impact on economies.

Nationalists overemphasise the primary responsibility of the state to its citizens, thus justifying the travel bans against southern African nations. They conveniently underemphasise the duty of the states to common humanity, to global public goods and their interdependence. This kind of reasoning undermines the very concept of “international community” that Western nation states have championed globally for more than a century. It destroys the principle of international cooperation and coordination to resolve global issues.

The rise of right-wing populism and ultranationalism in the West has become mainstream politics, to the detriment of the reasonable and shared responsibility for saving the world from calamities like pandemics.

Instead of vilifying South Africa’s transparency, the developed world ought to laud this and contribute to growing this capacity to anticipate and mitigate new dangers to us all. By vilifying South Africa and its neighbouring countries via travel bans, the developed world is essentially turning this into a southern African pandemic, much like the 2020 attempt to classify Covid-19 as a Chinese pandemic simply because WHO supported Chinese scientists who helped identify the nature of the virus.

The ideal of open and transparent sharing of data to save lives has been turned into a mindless geopolitical game to shame those who seek to save the world.

In the skewed global power structure that continues to underpin the international community today, social and health disasters that happen in the developing world are weaponised to further stifle developing economies and their populations. When the same disasters happen in the North, as with the new variant being confirmed to have appeared in Europe before it was discovered in South Africa, there is no punishment for European countries like the Netherlands.

Article 43 of the International Health Regulations, a legally binding treaty, clearly forbids countries from instituting travel bans without scientific evidence or recommendations from the WHO. Such heavy-handedness is the latest Western expression of eternal prejudice against Africa, a continent with a long modern history of denigration and suppression at the hands of the same Western bloc.

This deep-seated prejudice associates Africa with disease and curse. It is accompanied by a deep mistrust of Africans, seeing them as carriers of disease that is a risk to Western civilisation. Such attitudes do a lot more harm to the international community than the virus itself.

When decolonial scholars speak of the need for Africa and the Global South to denounce, dismantle and reconstruct neocolonial spaces that reproduce coloniality, the international community is perhaps one of those toxic and anti-African spaces in need of reconstruction. So unequal are the power relations in this so-called international community that blatant and unscientific discrimination against former colonies continues unabated as this latest fracas of travel bans shows. Why should Africa continue to occupy or participate in an invited and presumably open space that conveniently sacrifices its peoples when it is politically expedient to do so?

All states are equal before international law and the UN Charter, yet a certain clique of states constantly seeks to pin developing states down even amid the worst global pandemic in modern history. While some criticise South Africa for bringing this prejudice upon itself by being transparent, it is important to remember that concealing crucial scientific information would have been an unjust act that put many lives at risk. South Africa does not need to act egoistically like these big Western powers. Injustice is not an option in the toolbox of statecraft, as it seems to be in the West.

Global issues require global solutions, and such solutions come from responsible global citizenship on the part of mature-minded countries of the world. This fact remains regardless of the unjustified travel bans southern Africa has been subjected to. While today’s “international community” is an imperfect form of international cooperation, it can still be detoxified and used for resolving global issues in this hyperglobalised and interconnected world we inhabit.

South Africa’s scientific community and government played their role, it was up to the rest of the international community to play theirs. Instead, the developed nations that claim to underwrite this shared community have become a major threat to global public good. DM

Ayabulela Dlakavu, Bhaso Ndzendze and Siphamandla Zondi are from the Department of Politics and International Relations at the University of Johannesburg. They write in their personal capacities.