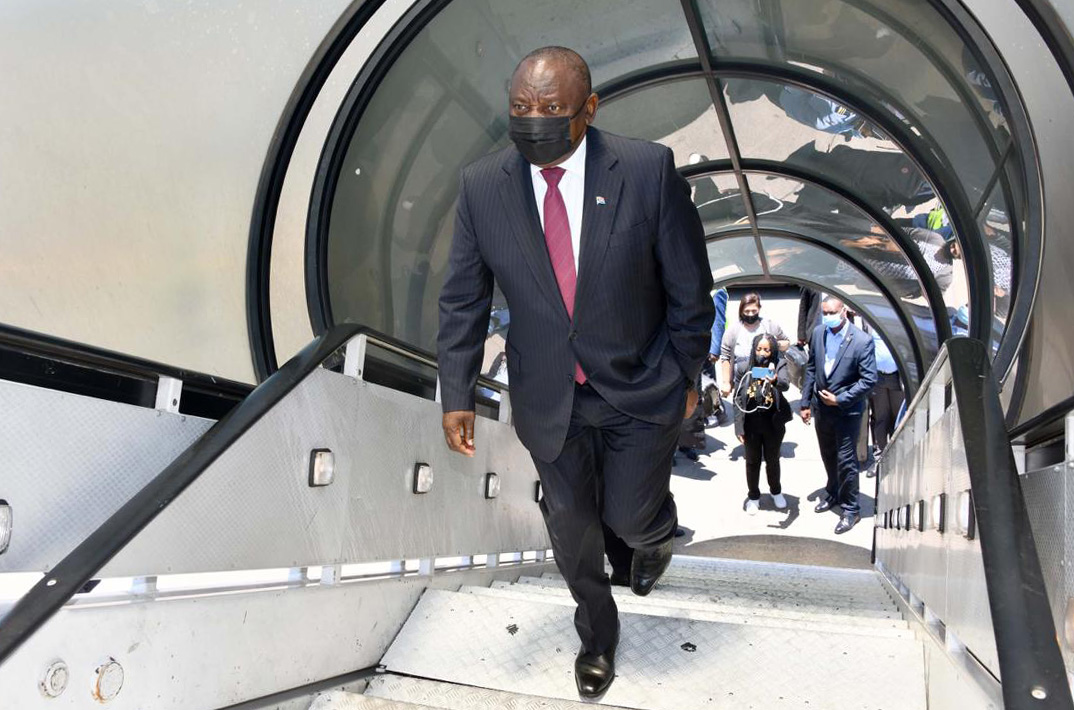 President Cyril Ramaphosa’s trip to West Africa this week is an opportunity to fix SA’s image problem on the continent.

The Covid-19 outbreak in 2020 coincided with South Africa’s presidency of the African Union (AU). Africa’s second-biggest economy successfully used its foreign policy apparatus to organise the AU response to the pandemic. And as the AU’s Covid-19 champion, President Cyril Ramaphosa’s leading role has continued beyond his term as AU chair.

South Africa also oversaw the smooth transfer of AU operations to online platforms, convening a record number of Bureau of the Assembly meetings. During its presidency, the country addressed difficult files like the Ethiopia-Egypt feud over the Grand Ethiopian Renaissance Dam.

But the AU presidency is perhaps the only shining moment of South Africa’s foreign policy in Africa in recent years. It barely addressed the priorities identified for its tenure. A lack of vision and leadership in other areas led to questionable judgements and policy choices, making pundits wonder whether South Africa’s undisputed soft power is waning.

In June 2021, a brawl between Pan-African Parliament members over the speaker’s election saw the resurgence of old fault lines. Anglophones were pitted against francophones, southern Africa against West Africa and democratic countries against those in transition.

Championed by South Africa, the southern Africa group wanted a regional rotation principle for electing the president as none of its nationals had held the position since 2004-8. Though legitimate, the request exposed the difficulty South Africa and its regional allies face in convincing other regions to vote for their candidates. South Africa often struggles to win over African states, sometimes even within the Southern African Development Community and Southern African Customs Union.

In 2017, South Africa’s assertive opposition wasn’t sufficient to prevent Morocco’s return to the AU. A year later, the AU Assembly adopted a formula recognising the primacy of the United Nations in resolving the Sahrawi conflict with Morocco. This formula strongly contrasts with historical positions taken by South Africa and its allies.

Several factors could explain the recent setbacks in South Africa’s diplomacy in Africa. Chief among them is probably the priority given by the South African government to domestic problems. The country was already experiencing an economic slowdown when Covid-19 struck. It remains one of Africa’s countries hardest hit by the pandemic.

Another factor is South Africa’s difficulty overcoming the anti-imperialist/colonialist operating system that shapes the ruling African National Congress’s (ANC) identity and ideological orientation. The ANC’s foreign policy guidelines — which set the tone for the country’s international relations — show that the party still views the world as good and bad, colonialists and colonised, victims and perpetrators.

While Ramaphosa is a pragmatist who aims to advance South Africa’s interests, the dominant line of thinking in the party and among diplomats is reflected in the ANC policy document. Whereas most African countries have adopted an increasingly realist foreign policy based on transactional considerations, the ANC remains stuck in liberation struggle ideology.

The party’s influence on foreign policymaking isn’t the only problem, though. South Africa’s clumsy approach to the February AU Commission elections — where it proposed two male candidates for the deputy chair position earmarked for a female — reflects bureaucratic incoherencies that dent the country’s image. This is exacerbated by episodes of xenophobic violence and politicians’ rhetoric against other African citizens living in the country.

South Africa has an image problem in Africa that could be fixed if at least two conditions were met: a pragmatic redefinition of its interests in Africa, and a thorough and cooperative re-engagement with African partners.

South Africa’s natural leadership role in Africa is unmatched by its would-be competitors. No other African big state has its unique mix of attributes, from economic might to a liberal democratic orientation. Former president Thabo Mbeki’s foreign policy had a decisive African agenda deeply rooted in a vision supported by strategic thinking. But the country today seems to have lost its capacity to understand and cooperate with its African peers.

The difficulty in engaging African partners is visible in its relations with French-speaking states that only a handful of South African diplomats and analysts properly understand. Few diplomats speak French, robbing the country of an important tool to maximise its influence in Francophone Africa.

Ramaphosa’s trip this week to four West African countries — Nigeria, Ghana, Côte d’Ivoire and Senegal — may be partially aimed at addressing this problem. According to the president, “As part of our economic diplomacy efforts, we are giving renewed attention to promoting trade and investment with countries on our continent.” Along with a group of local business people, the trip is aimed at bolstering the African Continental Free Trade Area (AfCFTA).

South Africa’s economic diplomacy in Africa is a potential strong point if it can be crafted as a mutually beneficial project. The core of the problem is the progressive loss of soft power since the end of the Mbeki presidency. Global prestige and status — which South Africa has — do confer soft power, but it’s equally necessary for a country to generate and live up to a common vision shared by its peers.

On all of these, South Africa has lost ground in the past decade. Pretoria lacks a narrative and a vision that could define the country’s engagement with the rest of Africa.

South Africa can regain its soft power by championing common causes and fostering consensus as it did in coordinating Africa’s Covid-19 responses. The country’s leadership in setting up the AfCFTA is a positive step, and accelerated efforts to design common African positions on climate change would also help.

As Africa faces a surge of coups, South Africa — as the continent’s foremost democracy — could again champion human rights and good governance despite a complex geopolitical context of democratic regression. With Ramaphosa’s visit this week to West Africa, the time is ripe for fostering a forward-looking, pragmatic Africa policy that addresses the continent’s peace, security and development challenges. DM