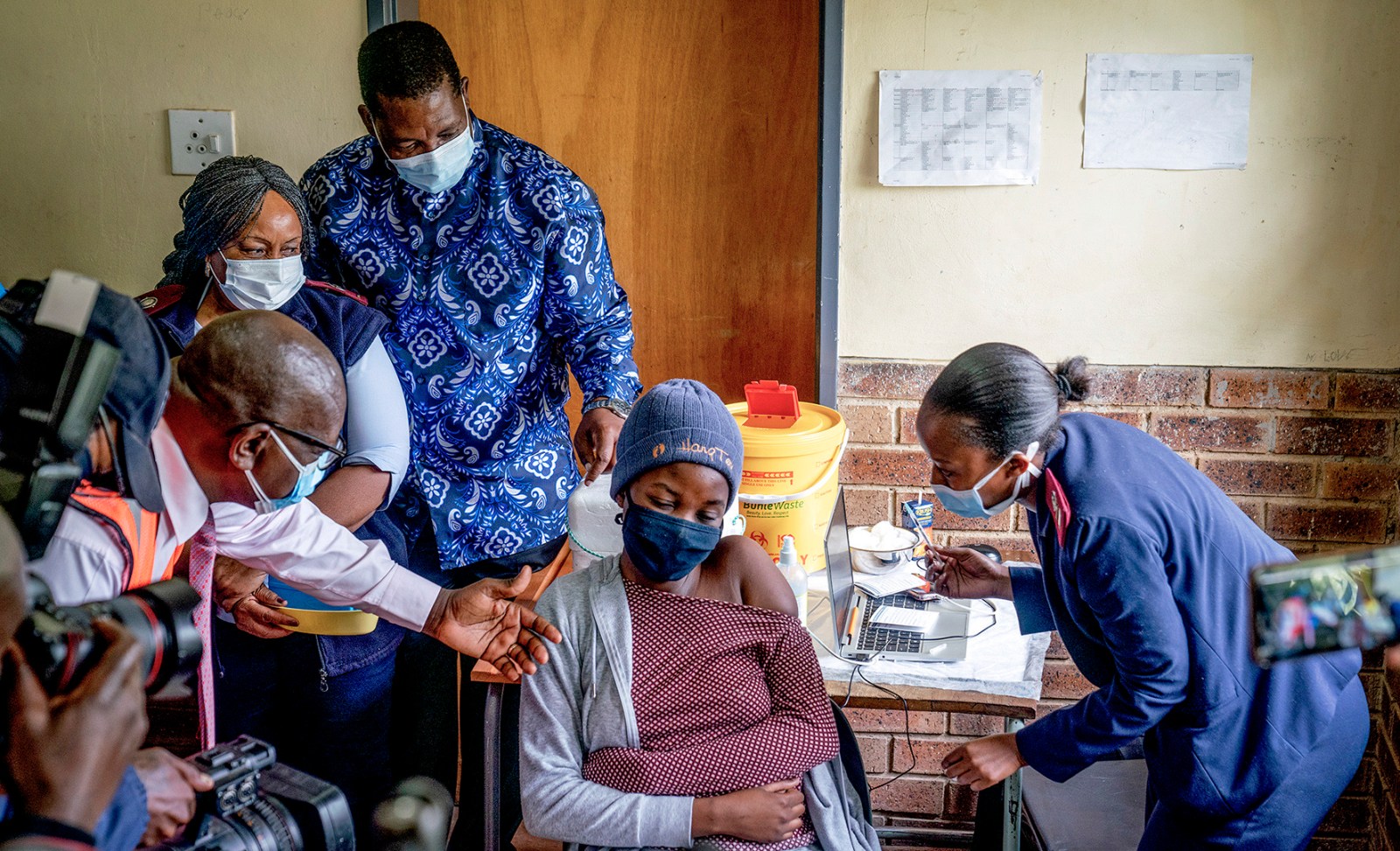 Keep calm and vaccinate. This was the message from Gauteng Premier David Makhura on Thursday as he briefed the province on the massive outbreak of coronavirus infections, driven by the new variant Omicron, in the province.

While Gauteng is seeing an unprecedented rapid rise in positive coronavirus cases, the province’s premier, David Makhura, called for calm on Thursday.

“Last week we almost panicked,” he said. “But we can contain this. It will depend on what we do.

“We are getting ready for the worst. But there is no need to panic. We have dealt with this before… We are not panicking but we are deeply concerned.”

Makhura said it was already clear that the province should worry about unvaccinated people, adding that it is imperative that residents were vaccinated before leaving for other provinces in December.

“Millions will leave for other provinces,” he said, adding that he did not want them to become spreaders of the virus wherever they are going.

The premier announced that mobile vaccination vehicles will be set up at 40 high schools around Gauteng and that the departments of health and education have partnered in a vaccination drive aimed at young people.

If persuasion failed and the risk remained high, mandatory vaccinations would be the “only option”.

Professor Bruce Mellado of the Gauteng Premier’s Advisory Committee said they have seen such a rapid increase in cases in Gauteng over the past few weeks that they had to recalibrate their projection models.

The increase was at a rate “not seen before” – not even in the third wave, which Mellado described as a “very serious situation”.

He added that the spread of the virus was helped by the mobility of the Gauteng population.

Mellado said that at this rate the peak of the fourth wave should hit Gauteng in mid-December, but high levels of transmission would probably continue until mid-January.

At this stage their projections were that about 4,000 beds would be needed.

Dr Mary Kawonga, who is also on the advisory committee, said there had been a very rapid increase of cases in the province, with a 20% rise in the seven-day rolling average of daily cases, the percentage of positive tests now above 10% and an increase in admissions – all driven by Omicron.

The rapid increase in cases was seen across all districts in the province, where Ekurhuleni, Johannesburg, Tshwane and the West Rand were identified as high risk, and Sedibeng as medium risk.

The uptick in admissions had not been as rapid as the increase in cases.

Test positivity rates had shot up from 2% on 12 November to 24%, with Tshwane recording the highest rate and all its sub-districts having rates of higher than 20%.

Kawonga said Omicron has now displaced Delta as the dominant variant in Gauteng.

She said there was no evidence that vaccinated people will not be protected against Omicron, especially against severe disease and death.

“Analysis is continuing but we are optimistic,” she said, explaining that hospital admissions are lower than at a similar point in the third wave and also in an age group (younger than 39) where vaccination rates are lower.

The drop in hospital admissions among older people, in particular, was leading them to believe that vaccines were working. The number of deaths was also still significantly lower than what it had been in the third wave.

Deaths were also increasing at a much lower rate than in the third wave.

Kawonga said wearing a mask, regularly washing hands and maintaining a safe distance from other people are still effective to avoid infection.

The vaccines currently available were still the best defence and would protect against hospital admission and death.

“If we can maintain this momentum I am confident that we will get somewhere,” he said.

According to the latest available figures, Gauteng has vaccinated 4.5 million people, 3.7 million of whom are fully vaccinated.

Chikobvu said last week (before Omicron was identified and before President Cyril Ramaphosa’s speech on Sunday) was not a good week in the province, with vaccine numbers dropping low. DM/MC