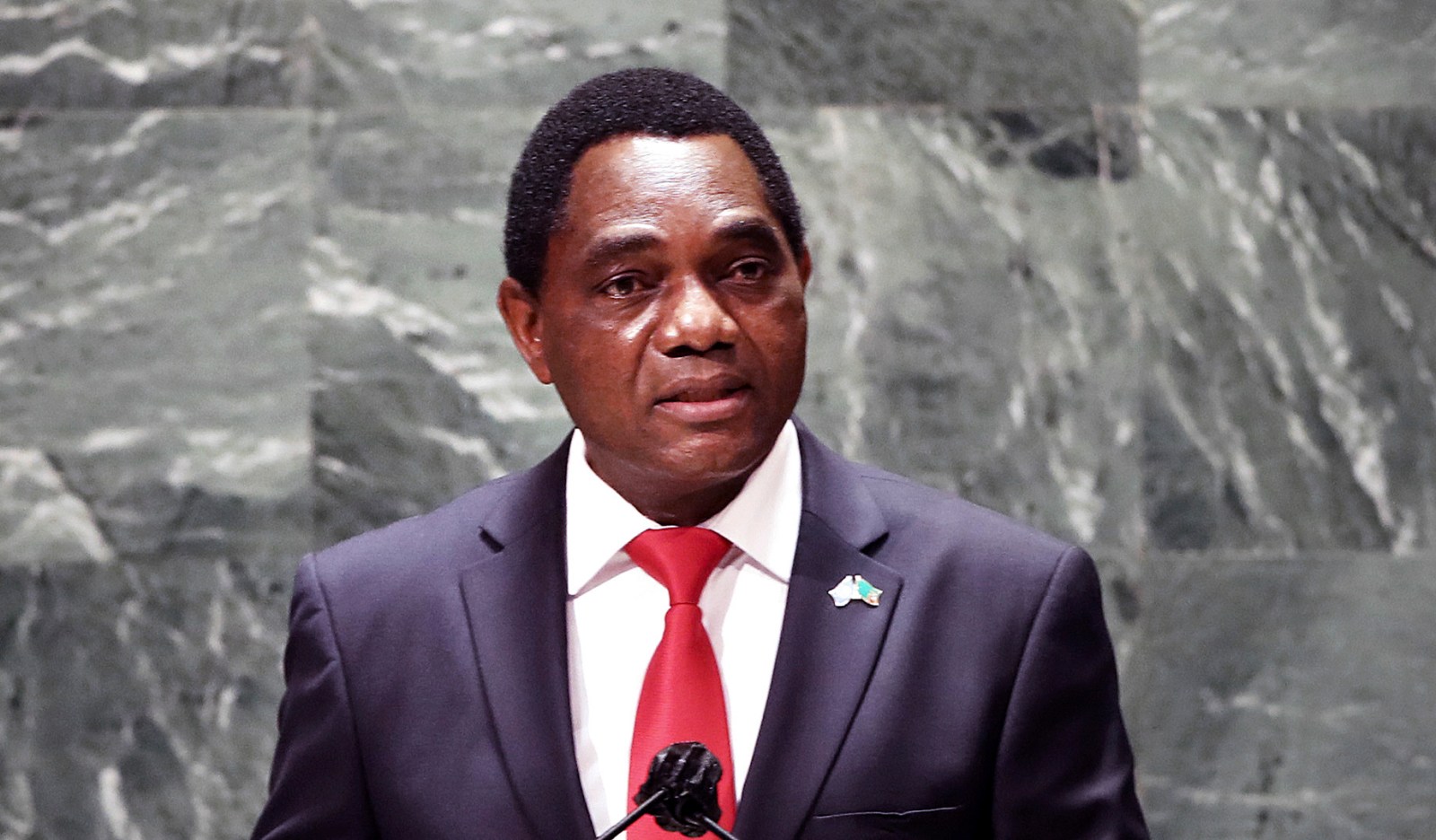 Zambian President Hakainde Hichelema and the newly created Ministry of Technology and Science should signal a break with the previous administration by announcing a commitment to ensuring access to the internet and social media. (Photo: EPA-EFE / Spencer Platt / Pool)

A commitment from Zambia’s President Hakainde Hichilema to refrain from ordering internet shutdowns and social media blocks would be a powerful testimony to his government’s change in approach. Here are some recommendations on how Hichilema can safeguard online expression and privacy.

In his inauguration speech on 24 August 2021, President Hakainde Hichilema declared a “new dawn” for Zambia. It is critical that this transformation extends to the internet sphere.

Digital rights in Zambia suffered under former president Edgar Lungu, as documented in recent research from Freedom House and Paradigm Initiative. Zambians saw this at play during the August general elections: reports spread weeks ahead of polling day that then president Lungu would cut off the internet as voting took place.

Zambian and international civil society mobilised in response, prompting the government to deny the reports. Then, on election day, WhatsApp, Facebook, Twitter and Messenger were blocked on most networks, apparently on the order of the Zambia Information and Communications Technology Authority (ZICTA). The restrictions cut off discussion about voting and day-to-day conversation alike. Access was restored only after Chapter One Foundation, a Zambian human rights organisation, sued ZICTA.

To reverse the decline in Zambia’s internet freedom, President Hichilema should ensure open access to the internet, reject a trend toward prosecutions for online speech and protect Zambians’ personal data.

A commitment to respecting online expression and privacy would ensure that the internet continues to serve as a tool for civic engagement and as an enabler of democracy in Zambia.

First, Hichelema and the newly created Ministry of Technology and Science should signal a break with the previous administration by announcing a commitment to ensuring access to the internet and social media.

In previous years, network disruptions were reported in strongholds of Hichilema’s United Party for National Development in times of political sensitivity. Such blunt censorship interrupts everything from everyday communication to digital financial transactions to online learning.

A commitment from Hichilema to refrain from ordering internet shutdowns and social media blocks would be a powerful testimony to his government’s change in approach.

The new administration should further safeguard the right of Zambians to express themselves without fear of repercussions. Under the former president, Zambians risked arrest for speech on social media deemed insulting to Lungu. Take, for instance, Facebook user Enockson Banda, who was sentenced to two years’ imprisonment in March 2019 for deriding Lungu on the platform.

When people can be arrested or fined for their posts online, they may begin to censor themselves. But unfettered speech — even when rancorous — is critical to maintaining a vibrant democracy. Hichilema’s government should refrain from prosecuting such dissent, and direct law enforcement agents must avoid wrongfully arresting Zambians for speaking out on social media.

Worryingly, in March 2021, the Lungu government dramatically reshaped its approach to online content, with concerning implications for online speech.

The Cyber Security and Cyber Crimes Act bars the production and distribution of content “tending to corrupt morals”. It also criminalises the use of electronic communications to “coerce, intimidate, harass or cause emotional distress to a person”, without defining those terms. Such broad, vague language is ripe for abuse by powerful people seeking to suppress online criticism.

Some of these provisions carry hefty penalties of up to five years’ imprisonment. Speculation about the Cyber Security Act’s enforcement has further driven self-censorship among Zambians.

Officials in the new government should not enforce these provisions against Zambians who use the internet to discuss the issues of the day, share commentary or provide necessary checks and balances on their government.

While users must remain on guard against misinformation and propaganda, the internet facilitates the spread of necessary and reliable information, particularly from journalists, bloggers and social media users reporting on key events.

Finally, the new government should protect the privacy of Zambians.

The Data Protection Act 2021 establishes landmark safeguards for personal data in the country. Without the resources for implementation and enforcement, however, the law will do little to safeguard Zambians’ personal information from private companies and bad actors, nor will it promote the country’s aspirations of a transformed digital economy.

Hichilema’s administration should ensure the timely establishment of a Data Protection Commission, with an independent and competent commissioner to spearhead and enforce Zambia’s personal data protection agenda. Hichilema should, moreover, hold his own government to the same standards to which he holds private companies.

The Cyber Security Act expands the scope of how the government can monitor the communication of Zambians, while the Data Protection Act offers problematic exceptions to safeguards for personal data in criminal investigations.

Zambia’s law enforcement should only seek access to personal data when it is essential to the investigation at hand, explicitly provided for under Zambian law and subject to judicial oversight.

Personal data and communications information can be exploited by companies and governments alike to expose the intimate details of peoples’ lives, from their involvement in social movements to their personal beliefs and professional pursuits. At-risk communities like political dissidents, human rights defenders, civil society actors, whistle-blowers and journalists are particularly vulnerable to such monitoring.

By protecting Zambians’ privacy, the new president can affirm his commitment to human rights.

Bulanda T Nkhowani is a Program Officer for Southern Africa at Paradigm Initiative. Kian Vesteinsson is a Research Analyst for Technology and Democracy at Freedom House.