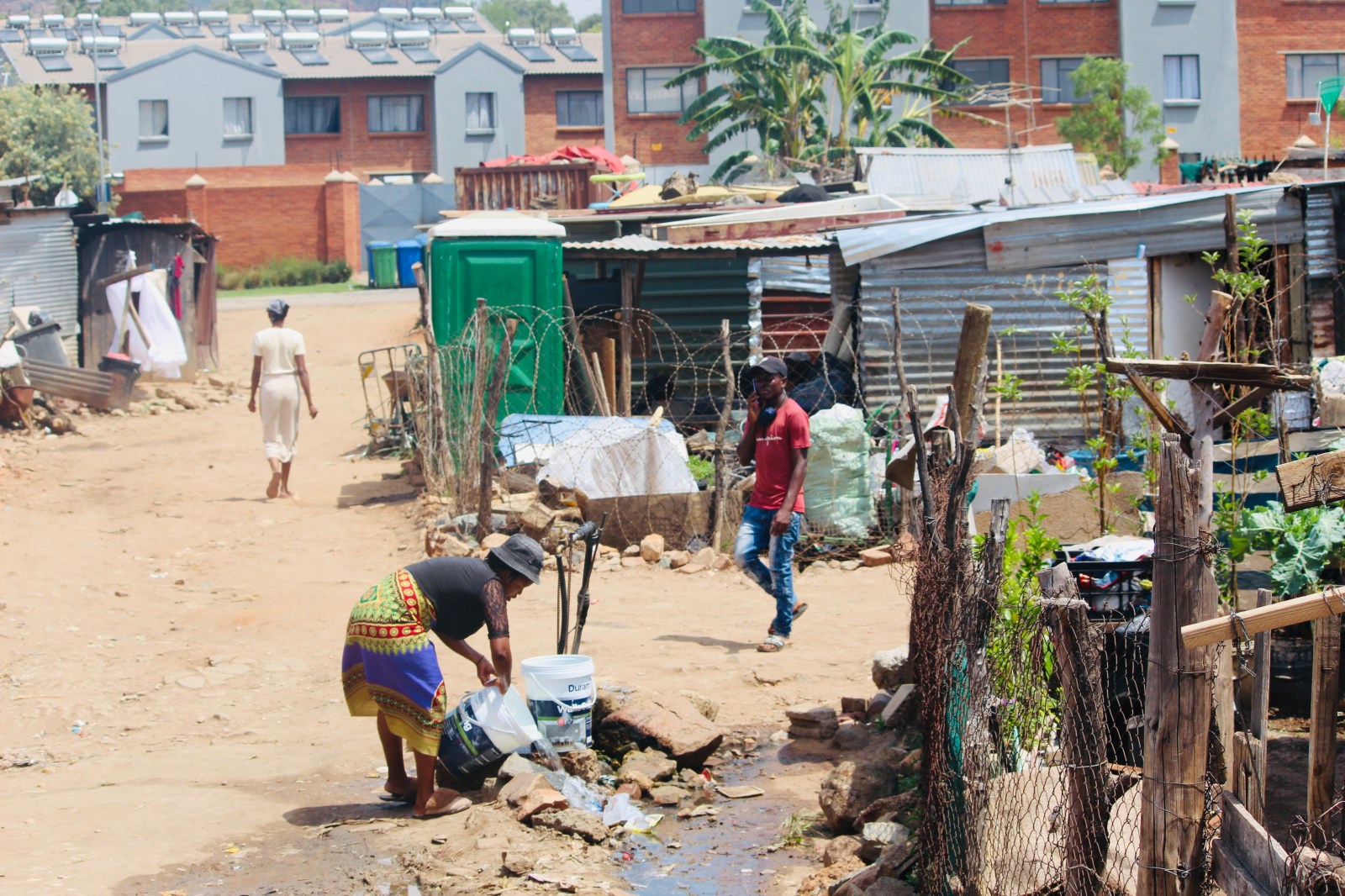 Families living in an informal settlement in Akasia, Pretoria are to be relocated this Friday following a court order granted to the land owner over six years ago. But the City of Tshwane says it only intends to accommodate South Africans in the relocation. (Photo: Mosima Rafapa)

Head of Tshwane Human Settlements quoted as saying that only South African nationals qualify for relocation.

More than 200 immigrant families living in an informal settlement in Heatherdale in Akasia, Pretoria could soon face homelessness.

The City of Tshwane plans to relocate families from a community known as Akasia informal settlement, after an eviction order was granted to the landowner, Housing Hub, in 2014.

At a recent meeting to discuss the relocation, government officials informed Akasia residents that only South African citizens would be rehoused on land owned by the metro in Orchards, Pretoria North. Residents pleaded with officials to give them more time to prepare for the relocation.

The group is expected to be moved on Friday.

In response to a question from a Lesotho immigrant living in Akasia, Sello Chipu, acting head of Tshwane Human Settlements, said immigrants would not be included. “We will be working with the Department of Home Affairs and they will be handling this,” Chipu said.

Resident Eva Manda, 32, from Malawi, who joined the meeting, said she lives with her partner and two young children. She works as a cook at a nearby cafe in Ninapark and is worried that the family may not find alternative housing close to her work. “I came to South Africa to look for a job. It’s only been a few months and I’m not familiar with other locations. My workplace is only a walking distance from here. We don’t know where we’ll go,” said Manda.

Shepherd Chauke from Beitbridge, Zimbabwe, said he moved to the informal settlement in 2014. He lives with his two children and partner.

“I’m a petrol attendant in Ga-Rankuwa, about 10km from the settlement. I travel to work on a bicycle and it takes me about one hour 30 or 40 minutes but I’m used to it. I have no idea where my family and I will go. When I arrived here, I was using asylum papers but they expired two years ago. What will happen to us now?” Chauke asked.

How Akasia was started

Akasia informal settlement is situated along the Mabopane Highway, opposite rental apartments called Akasia Place. These flats are also owned by the Housing Hub.

The settlement was started two decades ago by South Africans and immigrants from Lesotho, Zimbabwe, Malawi and Somalia, who moved to the vacant land because they could not afford to pay rent. Most of the people living in the estimated 450 shacks rely on occasional jobs in the surrounding suburbs of Chantelle, Orchards, Nina Park, Amandasig, Clarina and Theresa Park.

“When we got here, people were paying rent to the plot owner. We also paid rent until the day the owner just left,” said community leader Jacob Ngwakomonye.

He said six years ago, when the new landowners built the flats, the occupiers moved their homes to vacant land opposite the construction site. “The landowners wanted to evict us from this plot as well. The municipality intervened and we had an agreement that the plot owner would temporarily accommodate us for two years until they found us a suitable place,” he said.

The informal settlement has since had communal standpipes and chemical toilets installed by Waste Management Services.

Ngwakomonye said the Housing Hub had been fielding complaints from tenants and apartment owners about the shacks reducing the value of the apartments and the nearby Wonderpark Mall.

According to municipal spokesperson Lindela Mashigo, the relocation has been in the pipeline for years. In 2014, the Housing Hub applied for an eviction order against the occupiers of Portion 230 and 231 of the Farm Wietfontein.

Mashigo said the City in 2015 agreed to relocate the occupiers. But the process was delayed, until in October this year the City informed the then ward councillor that land had been identified.

Mashigo said the landowner, Housing Hub, is in the process of filing contempt of court papers against the occupiers and the City. Mashigo added that it was unlikely that all the occupiers would be relocated by Friday. Once moved, the municipality says, families will be given a plot, water and sanitation services and electricity.

In response to questions from GroundUp, Victor Ndala of Housing Hub said: “The illegal occupiers are the responsibility of the City of Tshwane, we would prefer you contact the City for comment.” DM