Nigeria and South Africa have a love-hate relationship:... 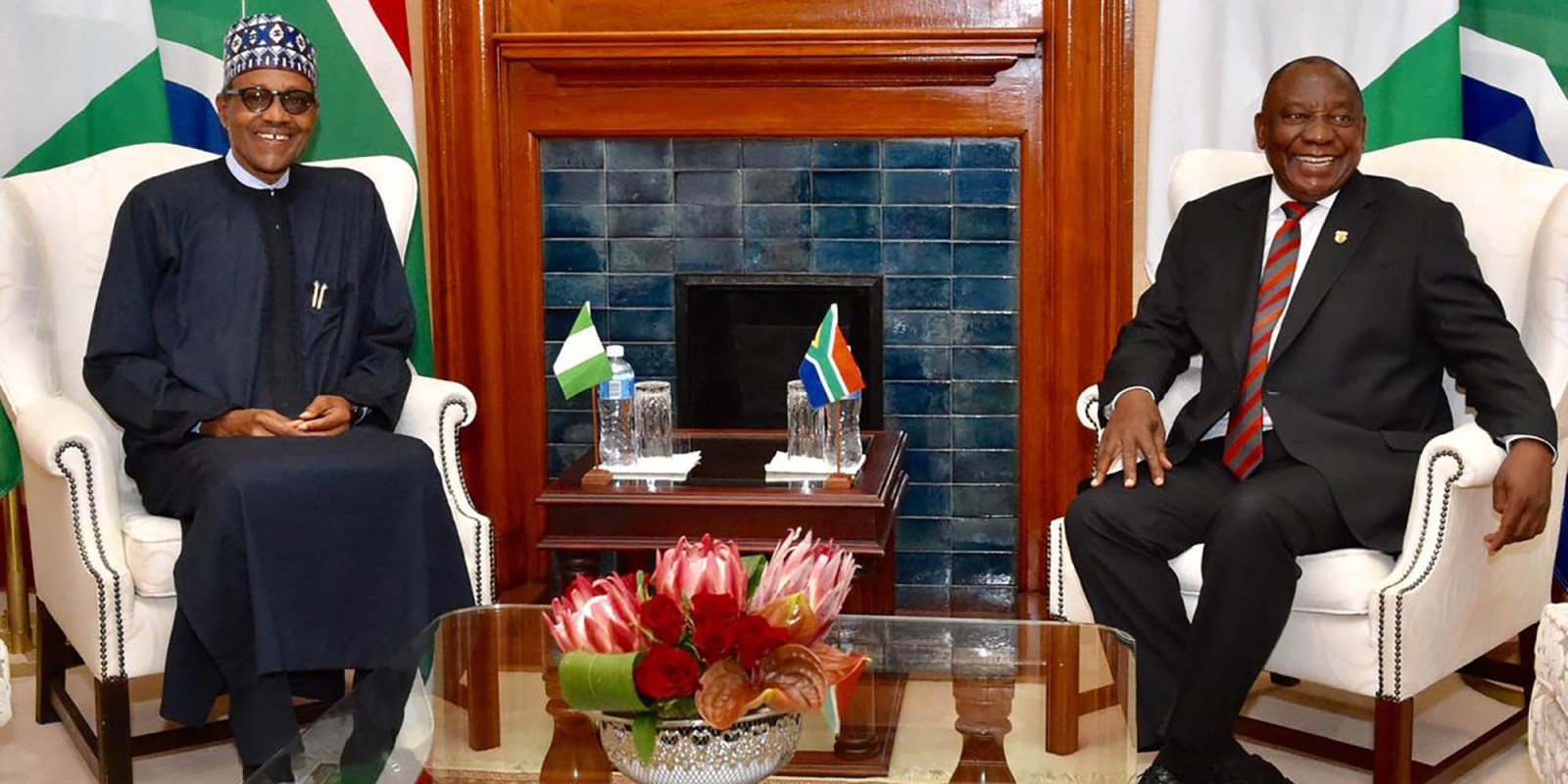 President Cyril Ramaphosa is visiting four West African countries — Nigeria, Ghana, Ivory Coast and Senegal. The Conversation Africa’s Wale Fatade asked international relations expert, Olawale Olusola, about the significance of Ramaphosa’s visit to Nigeria and what it could contribute to enhancing the relationship between the two countries.

South African President Cyril Ramaphosa’s visit to Nigeria is significant in a number of ways.

It is also an avenue to rejig the lull in bilateral relations between the two foremost countries in Africa. In spite of the volume of trade between the two countries — $2.9-billion for 2020 – there are still grey areas. These include operational hurdles Nigerian investors face wanting to do business in South Africa. It also includes people to people relations. This remains an issue of major concern given xenophobic attacks in South Africa. This also affects both countries’ trade interests as existing businesses in either country could become targets.

South African companies are well represented in Nigeria but there are few Nigerian companies in South Africa. South Africa imported $2.48-billion worth of goods from Nigeria in 2020, predominantly crude oil, and exported $425-million’s worth to Nigeria.

It is significant too that President Ramaphosa will be visiting Nigeria first in his West African tour. He will go on to Ghana, Cote d’Ivoire and Senegal.

A meeting between Nigeria and South Africa is always a reminder of the cultural and social bonds that both countries have invested in over a long period, but have underutilised.

For example, Nigeria contributed to the emancipation of South Africa from the grip of apartheid. Nigeria’s civil servants paid a so-called Mandela Tax to support the Africa National Congress in fighting apartheid.

South Africa equally was at the forefront of the fight against the dictatorial regime of Sani Abacha in 1995.

This visit is important especially in an era of global economic downturn occasioned by the coronavirus pandemic. The two countries need to make efforts to promote bilateral ties given their distressed economies. Also to lead the way in promoting the Africa Continental Free Trade Area.

Could the bi-national commission be made more effective?

The basic architecture for Nigeria-South Africa foreign economic relations is embodied in the activities of the commission.

When it was set up in 1999 the two countries committed themselves to fast track relations in foreign policy, culture, agriculture and health. The presidents at the time — Olusegun Obasanjo and Thabo Mbeki — agreed to cooperate in all multi-lateral institutions including the World Trade Organization.

But the commission has achieved little in relation to its mandate. This, most likely, is a result of the internal struggles and challenges in the politics and economies of Nigeria and South Africa.

The commission should focus on taking away barriers that get in the way of the easier movement of goods and people between the two countries. There is no reason, for example, why Nigeria and South Africa cannot implement a visa on arrival policy. This is an arrangement Nigeria has with Kenya.

The commission could also be made into a formal structure and expanded to include the private sector and the diasporas.

How would you characterise the relationship: collaboration or competition?

Both. The relationship between Nigeria and South Africa is often characterised by collaboration — as well as intense competition. Collaboration is good and desirable but so is healthy competition or rivalry especially when it revolves around creating and innovating.

It is a love-hate relationship.

Both countries have helped foster pan-African ideals by providing effective continental leadership. They have rallied other countries to restore peace and stability in troubled African countries. Nigeria and South Africa championed the birth of the New Partnership for Africa’s Development, the African Union and established a joint commission all in a bid to promote Africa’s renaissance.

On the other hand, a number of issues have strained their relationship. These include xenophobic attacks against immigrants, including Nigerians, in South Africa.

At other levels, the assessment of the relations is simply a function of perception and conjectures. These are often framed in the garb of hegemonic discourse. For example, Nigeria likes to project itself as the giant of Africa. It also likes to emphasise its leadership role within the Economic Community of West African States.

For its part, South Africa projects itself as a regional powerhouse in the Southern African Development Community.

The interconnected nature of the global economy, the political and economic challenges on the continent and the need for African unity dictate that Nigeria and South Africa collaborate. In doing so, they must not be seen as imperialists but as partners with other African governments.

Has South Africa done enough to deal with xenophobia?

Xenophobic attacks in South Africa have been a major drawback in contemporary African relations. South Africa’s constitution and immigration policy have as their cornerstone the doctrines of human rights. But the protection of the lives and property of immigrants in post-apartheid South Africa remains a subject of great controversy.

Following xenophobic attacks in 2019, the South African government apologised to Nigeria. But there’s more South African leaders can do. This includes engaging leaders as well as young people in open, frank, constructive and continuous conversations on the responsibility they have to respect humanity and take a stand against the type of barbarism that shaped their own recent history. They must sustain high-level political visits like that paid by President Ramaphosa.

Above all, however, they must demonstrate greater commitment to addressing the social ills of poverty and inequality at the heart of young peoples’ grievances. A major cause of xenophobic attacks is the lingering socio-economic crisis and the feeling of deprivation among young black South Africans. The inequality and poverty are deeply rooted in the country’s colonial and apartheid legacy. This has been compounded by the post-1994 failures of successive administrations to transform the economy and make it more inclusive.

The South African government needs to address these. And ensure justice for victims. DM