Ring the alarm bells: If South Africa fails to end AIDS by 2030, pandemics will defeat us 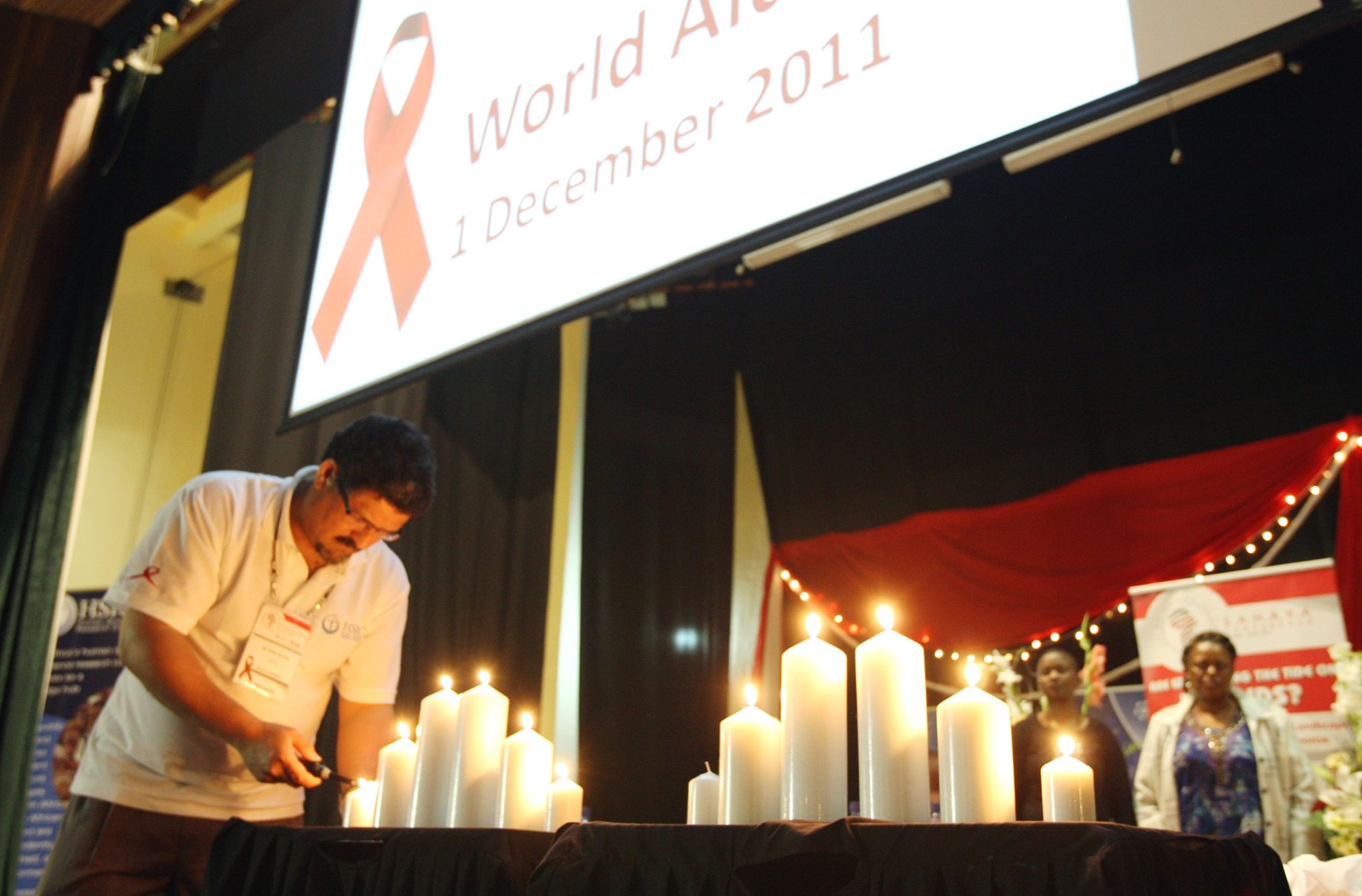 Why are we, the country with the largest antiretroviral treatment programme in the world, not winning? Our persistent failure to provide adequate health services and the ongoing deterioration of services in the public health sector is not just a crisis, it is a crime against humanity.

Forty years since the first HIV/AIDS cases were reported, the ambitious quest to end AIDS by 2030 remains completely out of reach for South Africa.

Despite the gains we’ve made in the 17 years since we began our national antiretroviral treatment (ART) programme, the HIV pandemic rages on several steps ahead of us:

* Today, one in five of the world’s 37.7 million HIV-infected people lives in South Africa;

HIV may be a global war but with South Africa currently shouldering the heaviest HIV burden in the world, the country needs to be at the epicentre of the command centre. If South Africa fails to eradicate the HIV threat to human health, Africa and the rest of the world fails, too.

This grim reality begs the question: why are we, the country with the largest ART programme in the world, not winning?

Overdependence on global strategies and recommendations may be the fault. We’ve taken a mostly reactive stance to the Unaids one-size-fits-all target of 95% diagnosed, 95% initiated on ART and 95% virally suppressed to end the AIDS epidemic by 2030. Our current approach has effectively stagnated.

South Africa needs to own, control and direct its national AIDS response guided by the complex intricacies of the deep inequalities that continue to permeate our communities. South Africa needs to be at the forefront of thought leadership on how developing nations can effectively confront both public health threats, and what works in Europe, Australia or Southeast Asia may not translate in Mzansi.

A case in point was our globally renowned mother-to-child transmission (MTCT) programme implemented at a time when infections in the Western world were largely driven by men who have sex with men, and drug injectors. In a few short years, with 96% of expectant mothers tested during antenatal care, South African mother-to-child infection rates dropped from an alarming high of more than 40% to 1%.

But these encouraging numbers proved how fragile and fleeting success can be. Data soon revealed that significant numbers of children under five were testing HIV-positive due to transmission during breastfeeding. At 1% transmission rates, that was not the time to take our foot off the gas. We now know that longer-term monitoring of maternal viral suppression is necessary not only to prevent MTCT during postnatal care, but to prevent transmission during future sexual encounters and pregnancies.

For years, the fight to curb the HIV pandemic has been referred to as a “prevention crisis”. In South Africa we are mired in a prevention, drug adherence and AIDS death crisis.

While the cornerstone will always be prevention of new infections, the sentiments of Professor Peter Piot in 2015 (Unaids-Lancet Commission) bring reality back into stark focus: “Expanding sustainable access to treatment is essential, but we will not treat ourselves out of the AIDS epidemic.”

With our public health resources stretched to breaking point, can we honestly achieve zero new HIV infections in the next eight years? Can we instantly discharge a magic bullet to eradicate the gender norms that fuel inequality that leads to our women and girls being more susceptible to HIV infection?

The short answer is no. But is it possible to avert the looming threat of death for 140,000 people in 2022 from TB, cryptococcal meningitis and other causes of HIV-related deaths? Absolutely. We need to break down this war into bite-size battles.

Let 2022 be the year of course correction. A surge of determination and energy is demanded to reach the finish line. Our new approach requires speed, ambition and urgency to set attainable and time-bound targets.

Decreasing AIDS mortality is a 12-month task. Ensuring viral load suppression in expectant and new mothers is yet another short-term campaign.

Every person saved from an AIDS-related death is one more productive member of society able to contribute to the community. Every person living with undetectable HIV levels has the opportunity to live long enough to witness an AIDS-free generation.

While these targets are being approached, we can regroup to reignite the critical conversations around behavioural change, destigmatisation and discrimination.

There is a fallacy doing the rounds referring to Covid as unprecedented and once-in-a-lifetime. Covid-19 is in fact the sixth pandemic since the influenza outbreak of 1918. South Africa was spared the scourges of Ebola and Zika, but it is certain that the current pandemic won’t be the last. The short-sighted strategy of hopping from one pandemic to the next with a wait-and-see, test-and-treat strategy places our people, and economic development prospects, in peril.

The fact that women are the most deeply affected by the pandemic and infected in disproportionately staggering numbers is unpalatable and incontrovertible. But it is a daunting, decades-long crusade towards addressing the social, economic, racial and gender inequalities that impede the HIV response and limit the agency and voice of women and girls. Our persistent failure to provide adequate health services and the ongoing deterioration of services in the public health sector is not just a crisis, it is a crime against humanity.

There are only two possible outcomes. Our failure to stop the carnage and control the spread of HIV guarantees South Africa will remain a hotbed of disease, social injustice and retrogression. Or we can assume the mantle and go down in history with the honour that no other country did more to end the AIDS pandemic. It is a long and winding road to ending AIDS, but we must get there, driven by the memory of what we have lost. DM

Judi Nwokedi is the founder of LoveLife, launched in 1997 as South Africa’s largest leadership, life skills and sexuality awareness programme, and is Chairperson of the AIDS Consortium in South Africa, a human rights organisation aimed at promoting a non-discriminatory response to the HIV/AIDS epidemic.

Knut Siefert, MPhil HIV Management, Stellenbosch, is a board member of the AIDS Consortium. The consortium has a 29-year history of striving for a healthy South Africa free from HIV, TB and stigma.