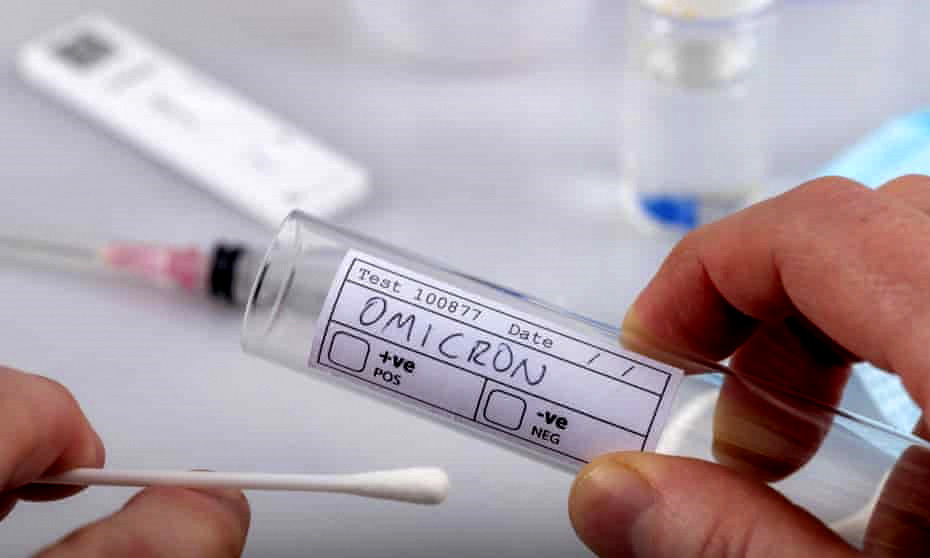 We do not know whether Omicron evolved in people living with HIV, but all the science indicates that unsuppressed HIV is a real health risk for the person involved as well as posing a risk for the development of new variants such as Omicron. (Photo: Thomas Faull/Alamy Live News/Alamy Live News/Wikipedia)

Despite all the hue, cry and feigned surprise about Omicron, the latest Covid variant, its appearance was as inevitable as the knowledge that unsafe sex can lead to HIV infection, that tobacco causes cancer, or alcohol abuse fills our trauma wards.

There is something terrible and tragically predictable about the way the concurrent crises are unfolding in South Africa and the world.

We live in a world that, through research, is blessed with scientific knowledge and evidence that explains disease and disaster. But we also live in a world where a combination of political paralysis and vested interests in the status quo – however deadly it is to humanity – means we can’t act on it.

In June 2021, Maverick Citizen wrote an editorial drawing attention to a presentation by Professor Salim Abdool Karim to the South African AIDS conference, in which he cited a case study of worrying Covid-19 mutations in a person with an immune system severely weakened by AIDS.

To recap, the article explained:

“The bad news was that while she was sick the patient had developed the three mutations in the receptor binding domain of the Beta (501Y.V2) variant, and according to Abdool Karim ‘for all we know the original 501Y.V2 variant may have come from an immunosuppressed patient with HIV’.”

The article reported how “Karim’s thesis was reinforced by a later scientific presentation by Professor Tulio de Oliveira, who described “the possibility that immune-compromised individuals (with HIV being the biggest population in Africa) could become the source of SARS-CoV-2 and variant evolution”.

From this “he deduced that it was most likely that virus evolution was driven by selective pressure from an impaired antibody response (due to HIV)”.

“De Oliveira added that this ‘highlights the possibility that immune-compromised individuals (with HIV being the biggest cause of immunosuppression in Africa) could become the source of SARS-CoV-2 and variant evolution’.”

Let’s be clear: we do not know whether Omicron evolved in people living with HIV, but all the science indicates that unsuppressed HIV is a real health risk for the person involved as well as posing a risk for the development of new variants such as Omicron.

The reason is simple: it takes people with weakened immune systems longer to overcome and clear the SARS-CoV-2 virus, during which time it has a chance to develop mutations. They remain infectious for longer and the mutated virus is then shed, possibly infecting others.

Therefore, as we consider how to respond to Omicron, and the variants that will follow it, the threat we face is not people whose immune systems are suppressed because of HIV or other factors, but the slowing down of the HIV antiretroviral (ARV) and tuberculosis (TB) treatment programmes whose numbers have not grown sufficiently for a number of years, combined with the lack of political urgency to ensure Covid vaccines are taken to the doorsteps of people who most need them. Or if people don’t have doorsteps, to their shelters and shacks.

Of course, in a world whose leaders have attention deficit disorder, and with our own government and Health Department mired in corruption-induced paralysis, no one pays enough attention to scientific evidence and, least of all, acts on it.

The stupidity of Boris Johnson does not detract from the fact that ours has become one of the most unhealthy societies in the world. Even before Covid we had what health experts call “a quadruple burden of disease: maternal, newborn and child health; HIV/AIDS and TB; non-communicable diseases; and violence and injury”.

Covid and long Covid make that a quintuple.

Just as we learnt with AIDS that one message doesn’t fit all, we now know that Covid vaccine advocacy also needs to be tailored to those with the greatest risk or who, through no fault of their own, pose the greatest risk. In this context the government’s claim of impotence in the face of vaccine hesitancy induced by the manipulated information of a ragtag band of anti-vaxxers (many of whom are apparently getting vaxxed even as they continue their campaign) is a pathetic cover for a lack of political will and willingness to invest in a serious sustained communication campaign, along the lines explained by Professor Sue Goldstein.

In the early 2000s we overcame a determined campaign of AIDS denialism and frightening misinformation about the toxicities of ARV treatment, even though it had the support of the President of South Africa.

We can do it again.

The connection between Covid-19 and HIV should therefore be one of the focuses of World AIDS Day tomorrow (Wednesday, 1 December), whose theme, coincidentally, is “End Inequalities. End AIDS”.

Our disease profile stems directly from our poverty and inequality profile and the maldistribution of wealth. A report from the World Inequality Lab, to be released next week, will show South Africa is still one of the most unequal countries in the world. Yet, at the behest of the finance markets, we choose this perilous moment to cut back public spending.

Research is also emerging that shows that people with HIV who are not on ARV treatment have a higher chance of dying of Covid-19.

These facts warrant a military-style operation to get vaccines and ARVs out to all the people who need them.

The message should be that everyone should know their HIV status and people with HIV should be enrolled on treatment immediately. ARV treatment restores your immune system. ARV treatment will give you a better chance to survive Covid-19.

We need intersecting and complementary strategies for scaling up AIDS treatment and Covid-19 vaccinations and care.

And the government, Business for South Africa and the South African National AIDS Council, which is at least a more democratic and open body than the National Coronavirus Command Council, should come up with a plan for how we are going to make that happen – tomorrow. DM/MC