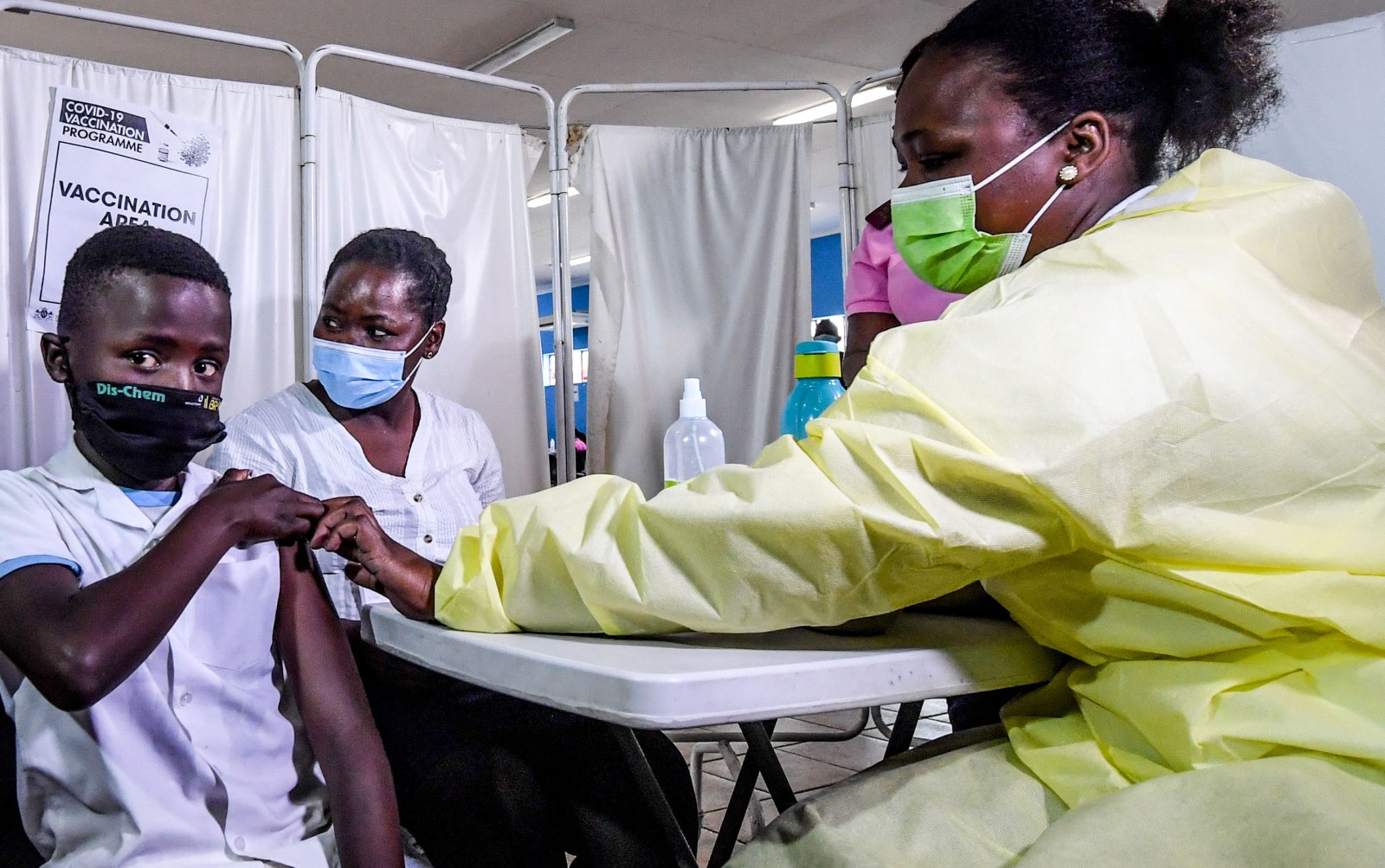 The vaccination roll-out for children aged 12 to 17 at OR Tambo Community Health Centre in Diepsloot, Gauteng on 21 October 2021. (Photo: Gallo Images / Sydney Seshibedi)

Barring 12- to 17-year-olds from getting Covid-19 vaccines will lead to further interruptions in their schooling and will curtail efforts to limit the spread of the virus, says public interest law group Section27. It has called for the ACDP’s court application to interdict the roll-out of the vaccine to adolescents to be dismissed.

Public interest law group Section27 has called for the urgent interdict application of the African Christian Democratic Party (ACDP) to stop 12- to 17-year-olds from receiving the Covid-19 vaccine to be dismissed, saying it will perpetuate the significant schooling interruptions learners have already faced.

The ACDP, with recently formed groups Free the Children, Save the Nation, the Caring Healthcare Workers Coalition and Covid Care Alliance, have applied for an urgent interdict to halt the roll-out of vaccines to adolescents, claiming there is no reason to vaccinate children and that the vaccine can be harmful to young people.

As of 29 November, 445,401 children between 12 and 17 had received the vaccine after Saphra approved the roll-out of one shot of the Pfizer-BioNTech jab for the age group in mid-October. The ACDP is appealing against Saphra’s decision and wants the court to grant an interdict in the meantime.

Section27 is applying to intervene as amicus curiae in the ACDP’s case against the health minister, the health department’s director-general and Saphra.

“Vaccines are safe, passing all the testing measures done for any other medicines. The risks of vaccination are much lower than the risks of Covid-19. The ability of adolescents to get vaccinated will help alleviate the strain on the schooling and healthcare systems, and promote learners’ rights to basic education, health, equality and dignity,” said Section27 attorney Zeenat Sujee.

In its court application, Section27 outlines the significant interruptions learners have faced during the pandemic as schools were first closed during the lockdown, and then many were forced to implement rotational learning schedules to comply with distancing regulations.

It quotes the National Income Dynamics Study — Coronavirus Rapid Mobile Survey (Nids-Cram) which found that between March 2020 and June 2021, primary school learners lost 70% to 100% of learning relative to the 2019 class. Students from low-income families at fee-free schools were most severely affected as they could not easily move to online learning.

The impact of interruptions in schooling means students will likely struggle as they progress to higher grades, with little chance of being able to repeat due to new enrolments. Section27 also outlines how such interruptions have further adverse consequences, such as increasing levels of hunger.

More than nine million learners use the National School Nutrition Programme (NSNP) which provides meals to poor students. Despite being ordered by the court, evidence suggests the government failed to implement a programme to continue providing meals to qualifying learners while they were not at school during the lockdown and are at home during rotational scheduling.

The Nids-Cram survey estimates that 400,000 children have been going hungry during the pandemic.

“Put simply, nothing short of a return to some degree of normality, with all learners attending school full-time, will see the NSNP being implemented on the same scale, and to the same extent, as happened prior to the Covid-19 pandemic,” said Section27 executive director Umunyana Rugege in the court papers.

“I understand that this cannot happen in the absence of widespread vaccination, of both educators and learners. While this has always been the case, it is even more so now given the evidence indicating that (largely unvaccinated) children are becoming an increasing source of infections.”

Prof Thomas Moultrie, director of the Centre for Actuarial Research at the University of Cape Town, explained that “adolescents and young adults are an important vector for transmission”. In the past three months, adolescents aged 10 to 19 have accounted for the highest proportion of positive test results, suggesting they are a key group in the ongoing spread of the virus.

Sara Muller, from the Centre for Education Rights and Transformation at the University of Johannesburg, said that while the Covid-19 vaccine is currently voluntary, school admission policies require parents to show proof a learner has been immunised against a range of other communicable diseases, displaying “a long-standing commitment within the state to taking steps aimed at creating a safe space for both teachers and learners”.

“Knowing that learners in attendance are vaccinated, and hence less likely to transmit SARS-CoV-2 to each other, or to teachers, or to act as vectors between their school and their homes, would — at minimum — alleviate some of the anxiety and stress that has plagued schooling communities since the advent of the pandemic,” said Muller.

“While illness is always a concern in schools, ensuring that all present community members — whether staff or learners — are vaccinated, would reduce the threat of infection from a potentially deadly concern to a more manageable factor, in a similar manner to other communicable diseases.”

The ACDP and other applicants claim there is mounting evidence that children who receive the vaccine are vulnerable to injuries and death, but Section27 dismisses the claims.

“In fact, their two supporting affidavits come from doctors from the US and UK who have been widely discredited, and have no expertise in virology, immunology, epidemiology or public health,” said Section27 in a press statement.

The organisation also highlighted other risks that come with interruptions to schooling, such as the damage to young people’s mental health and rising cases of teenage pregnancy.

The case is expected to be heard in the High Court in Pretoria soon. The government is opposing the ACDP’s application. DM