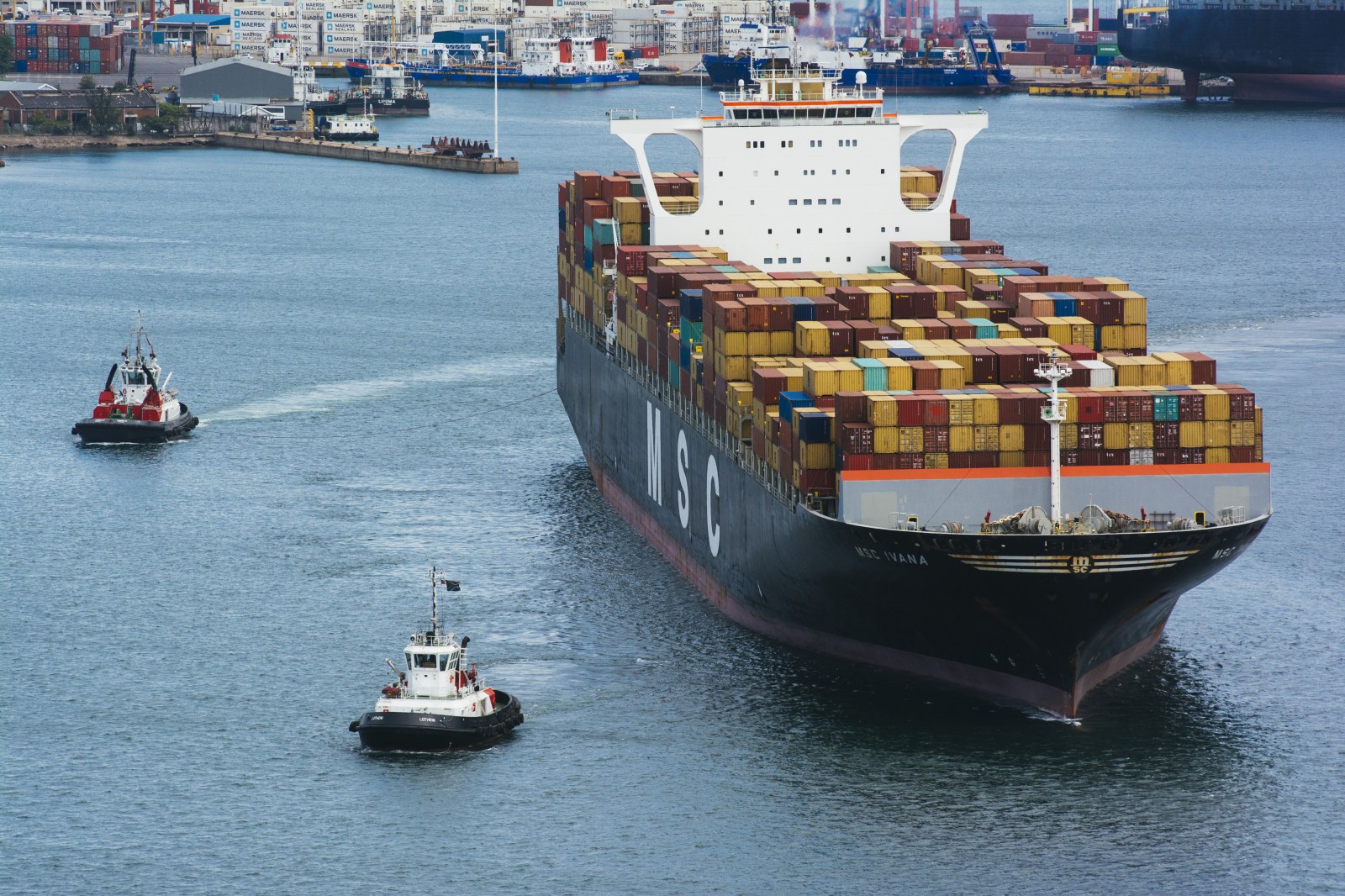 Shipping containers sit on board cargo ship Ivana, operated by Mediterranean Shipping Co. (MSC), as it departs from the Port of Durban, operated by Transnet SOC Holdings Ltd.'s Ports Authority, in Durban, South Africa, on Friday, May 25, 2018. Photographer: Waldo Swiegers/Bloomberg via Getty Images

After South Africa last week voted against a target for the shipping industry to reduce its pollution in line with the Paris Agreement’s climate goals, activists have pointed out a double standard.

“The South African government has sadly failed to support a target for the shipping industry to reduce its pollution. It is yet another example of how they deliver slick rhetoric on the need to tackle climate change in their speeches and on international stages, while in practice continuing a polluting, planet-wrecking business-as-usual approach.”

This condemnation came from Alex Lenferna, climate justice campaigner at 350.org, responding to news that South Africa had joined a small group of countries that voted against a package of interventions designed to better enable the shipping industry to reduce its pollution in line with the Paris Agreement’s climate goals.

The reaction followed the events of the International Maritime Organization’s (IMO’s) 77th Marine Environment Protection Committee (MEPC) session. The IMO is a United Nations specialised agency with responsibility for the safety and security of shipping and the prevention of marine and atmospheric pollution by ships, while the MEPC specifically addresses environmental issues under the IMO’s remit.

From 22 to 26 November, the MEPC met virtually to discuss the revision of the current greenhouse gas [GHG] target for 2050 to align with the Paris Agreement’s goals of keeping the average global temperature increase below 1.5°C. Further revision of the target will not take place until 2023, thus delaying urgent climate action.

“Strengthening the ambition of the Initial IMO #GHG Strategy during its revision will be crucial. Our collective actions must show our dedication to contribute towards the global issue, climate change.” Said the IMO SG as he closed #MEPC77 Full speech:https://t.co/r1Ba3lsbmN pic.twitter.com/EiaVGA68FZ

Included in the discussion was the proposal of a basket of mid-term measures to tackle emissions, including a carbon levy and a fuel standard.

The Marshall and Solomon Islands put forth a resolution to revise the IMO’s current emissions target and commit to reducing shipping emissions to zero by 2050.

According to the World Economic Forum, the global shipping industry, which accounts for more than 80% of world trade, is responsible for more than one billion tonnes of greenhouse gas emissions per year — more than all but the top five emitting countries. The sector also produces up to 15% of the world’s manufactured sulphur oxide and nitrous oxide emissions. Shipping emissions are linked to an estimated 6.4 million global childhood asthma cases and 260,000 premature deaths annually.

According to Seas At Risk, an association of environmental organisations, under the current IMO regulations ship emissions will continue to rise until 2030 and the shipping industry will exhaust its 1.5°C carbon budget by 2029.

Barely two weeks out of COP26, South Africa also joined these countries in voting against measures such as a carbon levy and/or a fuel standard.

Daily Maverick made multiple, largely unsuccessful attempts to get a substantive response from the Department of Transport. Esethu Hasane, media liaison officer to Minister Fikile Mbalula, said: “We are in Nigeria with the minister and we’ve been in meetings. Connection is a challenge.”

Joining Lenferna in announcing disappointment at the outcome, International Chamber of Shipping Secretary-General Guy Platten said, “…the words and commitments made by governments at COP26 have not yet been translated into action. This week’s meetings have missed the opportunity to take forward a range of GHG reduction measures which would accelerate the development of zero-emissions ships that are urgently needed at scale to decarbonise our sector. It’s almost as if COP26 never happened.” OBP/DM