Don’t treat street hawkers as a nuisance – they feed the city’s poor communities, cheaply and efficiently 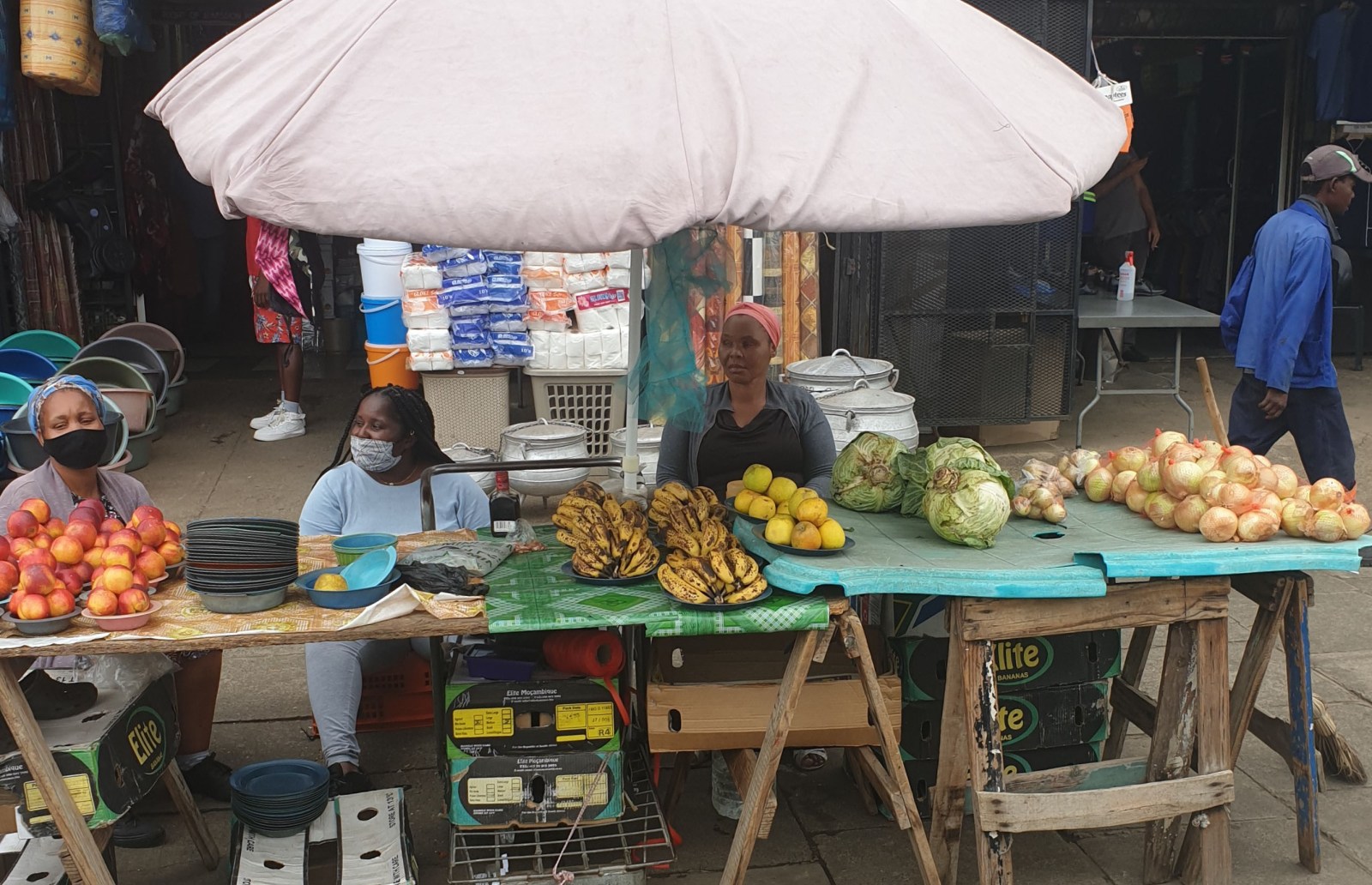 As much as 60% of the fruit and vegetables sold at South Africa’s municipal fresh produce markets is bought by street traders. And in Johannesburg alone, buyers for the informal sector account for at least R3.9-billion a year in produce sales – half the turnover of the city’s main fresh produce market – according to new research.

Instead of harassing street hawkers and bakkie traders selling food, municipal authorities should be talking to them to find out how they may better support them, researchers told a recent meeting of City economic development managers called by National Treasury.

In particular, officials should acknowledge the crucial role played by informal food traders in offering nutritious food to poorer residents at lower prices than the supermarkets, as well as the broadly unrecognised but huge contribution made by South Africa’s 750,000 street sellers to the urban economy.

As much as 60% of the fruit and vegetables sold at the country’s municipal fresh produce markets is bought by these traders, it was revealed at the webinar, convened by Treasury in the wake of the local elections as part of its efforts to promote effective management of the country’s urban areas.

In Johannesburg alone, buyers for the informal sector account for at least R3.9-billion a year in produce sales – half the turnover of the city’s main fresh produce market – according to the new research which has been produced by the Institute for Poverty, Land and Agrarian Studies (Plaas) at the University of the Western Cape.

However, the contribution made by the informal sector to the urban economy is generally not adequately understood or appreciated by local government, the webinar was told, and, as a result, street hawkers and bakkie traders are generally treated as a “nuisance”.

“Local government tends to engage with informal traders from the perspective of controlling urban spaces, but not from the point of view of economic development,” Professor Ruth Hall of Plaas told the meeting.

“This is a contradiction given the great importance of this sector in creating jobs and providing poor people with affordable food.”

Street traders, many of whom employ up to five people in their businesses, foster significant economic links at the local level, creating a multiplier effect for development that has been generally unacknowledged in conventional policymaking, according to Plaas research into the impacts of Covid-19 on the national food system.

They provide livelihoods that can support whole families. As Tsakani, a street trader in Tshwane, told Plaas researchers who interviewed her at her stall: “This table, never undermine it, because it takes a lot of children to school.”

Furthermore, local hawkers strengthen food security in poor communities, selling produce within walking distance of work or home at much lower prices than the supermarkets, said economic researcher Makhanana Malungane, who collaborated with Plaas on its project.

Street traders, who have lower overheads and are sometimes more willing to squeeze their profit margins, generally offer cheaper food to urban buyers than supermarkets do – despite the common assumption that the large chain stores offer the best prices due to their high sales volumes and ability to buy in bulk.

In fact, the webinar heard, supermarket prices for fresh produce can be as much as 70% to 100% higher than those on the street. For example, the price of cabbage is more than twice as high, while the prices for tomatoes, onions and potatoes have been on average 91%, 81% and 77% higher, respectively, over the past 10 months or so.

Malungane also noted a number of other advantages offered by local, informal sellers. “Street traders sell in small quantities according to buyers’ needs,” she told the City Economic Development Managers’ Forum, which was convened to consider the issue of urban agriculture.

“They also sell on interest-free credit to people they know and trust.”

Nevertheless, as a number of the officials and policymakers at the meeting acknowledged, informal traders are often considered to be peripheral socioeconomic actors by local municipal managers, and are subjected to heavy handed policing indicating a complete lack of understanding of their developmental contribution to poor and marginalised communities.

It is a governmental stance which was described as “schizophrenic” at the webinar, as local municipal managers called for a change in approach, including in relation to the licensing regime for traders, which was considered discriminatory against those classified as “informal”.

The discrimination was particularly severe under the hard lockdown instituted by the government from March 2020 in response to the Covid-19 outbreak, according to the Plaas researchers.

“The street trade was brought to a complete halt,” said Malungane.

Even as the lockdown eased, informal traders, many of whom find it difficult to gain the appropriate permits, continued to be harassed by police preventing them from operating and even confiscating their stock – although such action has been ruled disproportionately harsh by South African courts.

The discrimination has placed many informal food businesses under pressure, and even accelerated their demise, as they have also struggled with falling demand amid mounting unemployment and tight profit margins given the low prices they charge.

Against this background, the Plaas researchers called for a sea-change in the attitude of municipal managers to informal food traders, particularly given their crucial role in sustaining municipal fresh produce markets.

Specifically, they called on city governments to recognise the value of the large number of small and micro enterprises in the urban economy in local policymaking and planning processes. As part of this, municipalities were urged to identify well-located land for the creation of safe, public spaces for food hubs where street traders would be able to operate. These sites should be furnished with water, sanitation and hygiene infrastructure, as well as proper storage and refrigeration facilities.

In relation to their regulatory and enforcement functions, the Plaas researchers called on city authorities to stop initiating or sanctioning the harassment of street traders and instead to institute a simple, easy and cheap process for issuing permits as appropriate.

In producing and implementing a new policy framework for street traders, it was recommended that municipal managers should always bear in mind the importance of consulting with the business owners themselves.

“Informal traders have developed intricate approaches to doing business that few formal enterprises could hope to match in terms of ingenuity,” said Malungane. “Local policymakers need to build on that.”

For example, a district dialogue held by Plaas in the wake of widespread unrest in July, when malls and stores across Gauteng and KwaZulu-Natal were looted, recommended an imaginative approach to reconstruction. The suggestion was that municipal authorities should seek to make space available for local informal traders, rather than simply rebuilding the premises that had been damaged and destroyed.

The research presented at the meeting was conducted as part of a study led by Plaas and funded by the Canadian government’s International Development Research Centre on “The Impacts of Covid Responses on the Political Economy of African Food Systems” in Ghana, Tanzania and South Africa. DM

Mark Paterson is an independent writer and researcher with more than 25 years’ experience as a reporter, editor, communications manager and civil society activist in South Africa, Britain and China. He has worked on national newspapers in Johannesburg, London and Beijing. He has contributed to a number of journals and books, including as the co-editor of Africa and the Millennium Development Goals (Rowman and Littlefield, 2015).