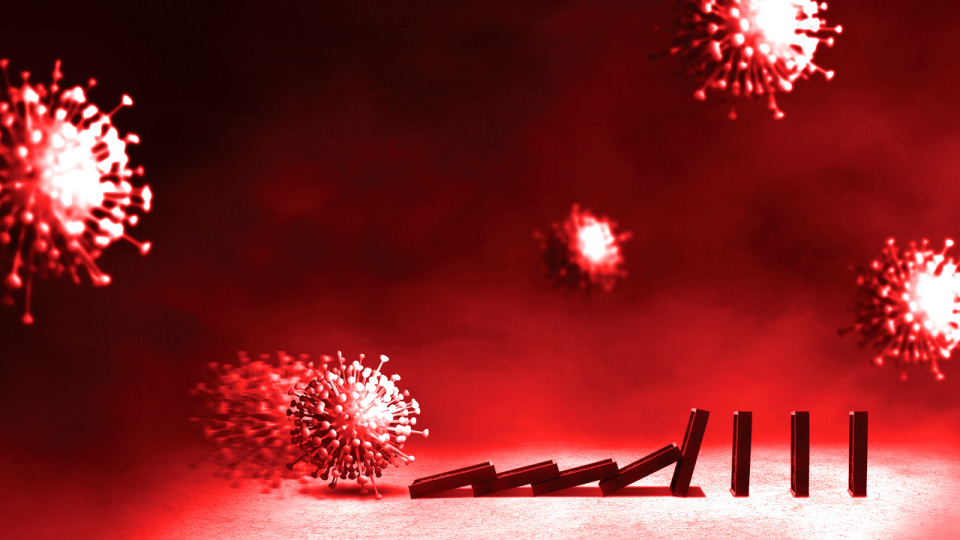 After South African scientists announced the sequencing/identification of a concerning new variant of the coronavirus, the international community responded with travel bans and hollow commendations of the country’s scientific expertise and transparency. Here’s the latest:

South Africa and other southern African nations are racking up travel bans and restrictions while confirmed cases of the Omicron coronavirus variant keep popping up around the world.

On Thursday, South Africa’s health ministry and local scientists announced the identification of a worrying new variant of the coronavirus that causes Covid-19. By Sunday, a number of countries had imposed, modified or reintroduced travel restrictions and outright bans on travellers from South Africa and its neighbours.

On Friday, the World Health Organization (WHO) designated the new variant as one “of concern” and gave it the name Omicron.

“This variant has a large number of mutations, some of which are concerning,” the WHO said in its official description. “Preliminary evidence suggests an increased risk of reinfection with this variant, as compared with other [variants].”

The designation is significant, because for a variant to meet the definition of variant of concern, it needs to have been “demonstrated to be associated with” one or more of the below:

The reaction from the international community was swift, wide and immediate, much like South Africa’s identification and sharing of information on the variant.

“From 4am on 28 November, Malawi, Mozambique, Zambia and Angola will be added to the travel red list,” read an update on the UK government’s coronavirus portal, the first country to  pull the trigger on travel bans – before the WHO had even met on Friday.

“South Africa, Botswana, Lesotho, Eswatini, Zimbabwe and Namibia moved on to the red list at midday on 26 November,” the update read.

On Friday, British Prime Minister Boris Johnson and President Cyril Ramaphosa spoke by phone. According to a statement, the two leaders “discussed the challenges posed globally by the new Covid-19 variant” as well as  “ways to work together to deal with it and reopen international travel”.

In a press conference on Saturday, Johnson expressed his deep gratitude for South Africa’s scientists who identified the new variant and shared the information “widely and immediately”.

Seeking to explain the travel restrictions, Johnson said the UK needed to “slow down the seeding” of the variant in the country and “buy more time for our scientists”. The UK has since identified two cases of the variant within its borders.

We have been made aware by @UKHSA of two UK cases of the Omicron variant. The two cases are linked and there is a connection with travel to southern Africa.

These individuals are self-isolating with their households while further testing and contact tracing is underway.

On the other side of the Channel, French Health Minister Olivier Veran told reporters on Sunday that “it’s probably a question of hours, let’s be honest”, referencing the seemingly inevitable situation where the country would identify a local case of the variant. France has also suspended travel from seven southern african countries.

In Brussels, EU Commission President Ursula von der Leyen, in a statement, said that “we are taking the news about the new highly mutated Covid-19 variant very seriously. It is now important that all of us in Europe act very swiftly, decisively and united.

“The European Commission has today proposed to Member States to activate the ‘emergency brake’ on travel from countries in southern African and other countries affected to limit the spread of the new variant. All air travel to these countries should be suspended. They should be suspended until we have a clear understanding about the danger posed by this new variant.”

The news about the new COVID variant is very concerning.

I have talked to scientists and vaccine manufacturers today. They share the concern.

Please get vaccinated as soon as possible, if not done yet.

And follow the known rules to protect yourself. https://t.co/eSKPzr8J5Q

Israel said it would restrict the entry of all foreigners into the country for 14 days. According to Reuters, the country is also planning to reintroduce phone-tracking technology to hem in the spread of Omicron.

Across the Atlantic, the US moved swiftly, ordering air travel restrictions from South Africa and seven other countries. In a tweet, President Joe Biden said that “this news is a reminder that this pandemic will not end until we have global vaccinations”.

The @WHO has identified a new COVID variant which is spreading through Southern Africa. As a precautionary measure until we have more information, I am ordering air travel restrictions from South Africa and seven other countries.

In South America, Brazil announced that it would close its doors to six African countries. Ciro Nogueira, Chief of Staff to Brazilian President Jair Bolsanaro, announced the move on Twitter, adding that the countries affected are South Africa, Eswatini, Lesotho, Namibia, Botswana and Zimbabwe.

Immediate travel restrictions due to the discovery of variant B.1.1.529. https://t.co/qNP3HkCKaz

The Department of International Relations and Cooperation (Dirco) has slated what it implied are “knee-jerk” reactions to the news of the variant. In a statement, Dirco said: “South Africa aligns itself with the World Health Organization’s position on the latest travel bans. The World Health Organization has pleaded with world leaders not to engage in knee-jerk reactions and has cautioned against the imposition of travel restrictions.”

Minister Naledi Pandor said: “Whilst we respect the right of all countries to take the necessary precautionary measures to protect their citizens, we need to remember that this pandemic requires collaboration and sharing of expertise. Our immediate concern is the damage that these restrictions are causing to families, the travel and tourism industries and business.”

This latest round of travel bans is akin to punishing South Africa for its advanced genomic sequencing and the ability to detect new variants quicker. Excellent science should be applauded and not punished.

The WHO advises against travel bans. It says that evidence shows that “restricting the movement of people and goods during public health emergencies is ineffective in most situations and may divert resources from other interventions. Furthermore, restrictions may interrupt needed aid and technical support, may disrupt businesses, and may have negative social and economic effects on the affected countries.

“Travel bans to affected areas or denial of entry to passengers coming from affected areas are usually not effective in preventing the importation of cases but may have a significant economic and social impact.”

Addressing Brics Parliamentary Forum on sidelines of #IPU143 in Madrid, Spain, Speaker Mapisa-Nqakula has come out strongly against imposition of travel ban against certain African countries, saying this was a punishment for responsible global citizenship and world class science pic.twitter.com/pq20IVGjmS

In an interview on BBC, Ayoade Alakija, the African Union’s vaccine delivery alliance co-chair, described the selective ban on African countries as a “knee-jerk” reaction. She said it was “based on politics, not science” and was a failure of the world to vaccinate equitably. She said the world did not yet know the origin of the variant.

Despite the pain that southern African nations will have to bear, with the travel restrictions seen as deeply damaging to already stifled economies and ailing tourism sectors, the variant has already been identified in a number of countries across the globe.

According to an article in the journal Nature, Omicron was first identified in Botswana this month and has since turned up in a traveller arriving in Hong Kong from South Africa.

Belgium was the first European country with a confirmed case of Omicron. On Friday, Belgian Health Minister Frank Vandenbroucke said: “We have a case that is now confirmed of this variant…. This is someone who came from abroad, who tested positive on November 22, who was not vaccinated.” The country’s chief virologist, Marc van Ranst, said the variant was detected in “a returning traveller from Egypt”.

Cases of the variant have been detected elsewhere in Europe. In Naples, Italy, Omicron was detected in a person who was coming from Mozambique, while in the German state of Bavaria two cases of the new variant were confirmed in travellers returning from southern Africa.

In the Czech Republic, health authorities were keeping a watchful eye on a suspected case of the variant detected in a person who had been in Namibia. In the Netherlands, 61 of the roughly 600 people who arrived in Amsterdam on two flights from South Africa on Friday tested positive for the coronavirus. The New York Times on Sunday reported that at least 13 of the 61 cases were of the Omicron variant.

In Denmark, two travellers who had returned from South Africa tested positive for Omicron. Henrik Ullum, the Statens Serum Institut’s director, said in a statement: “This was to be expected, and our strategy is therefore to continue intensive monitoring of the infection in the country.” DM