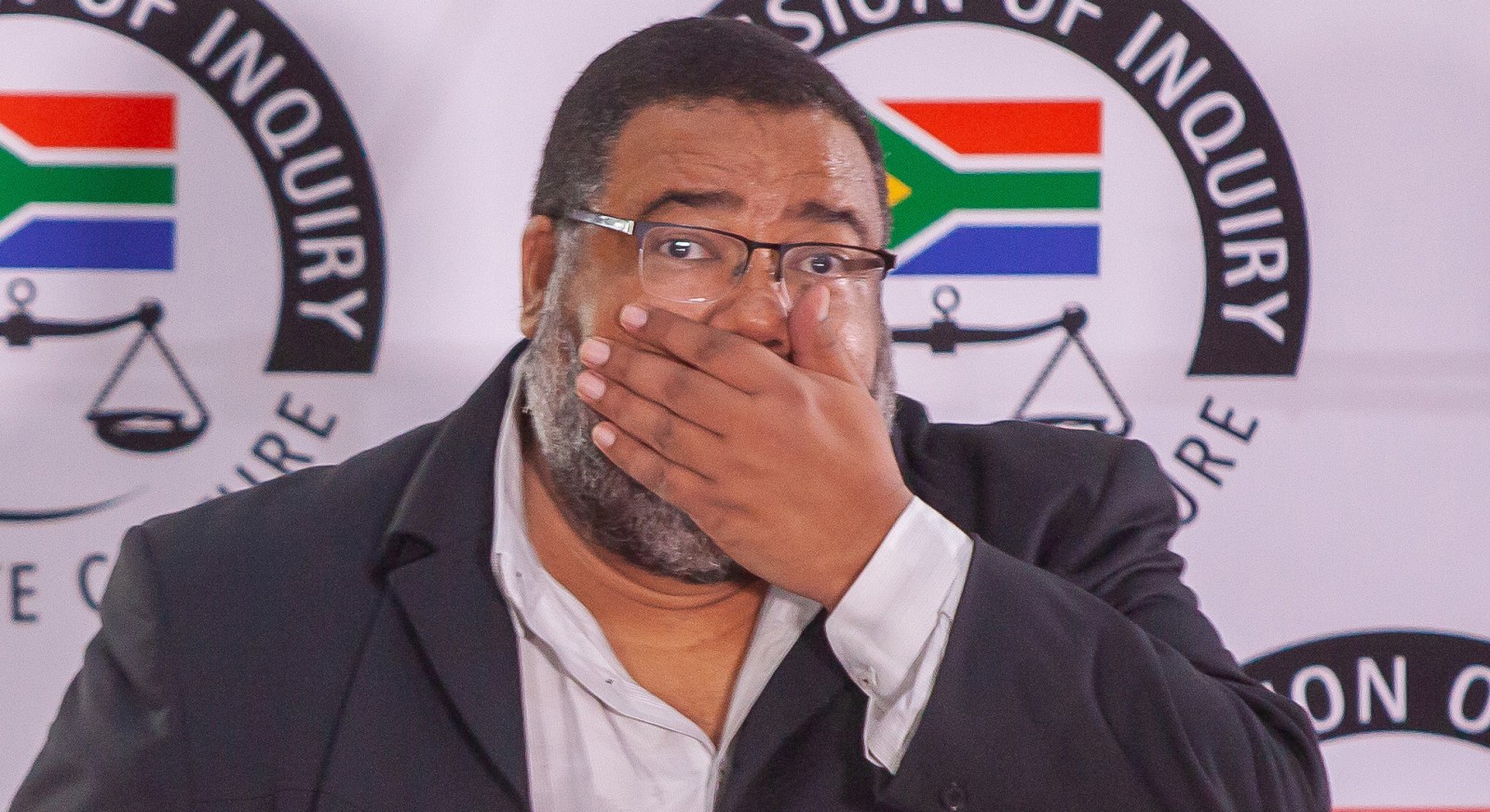 The whistle-blower testified at the State Capture Commission in March about high-level corruption that implicated management consultancy firm Bain & Co in bringing SARS to its knees. A former senior partner at the company, he was vocal about its being held accountable. Now he has been forced to leave SA, fearing for his life.

‘I have been crying all day. I am afraid, sad, and confused. Worse, I feel lost and displaced.”

These are Athol Williams’ words to me over the phone in early November, a few days after fleeing South Africa and being forced into hiding because he fears for his life.

“I have already lost many things; my job and earning potential. Nobody wants to touch me. Now, I have been stripped of my home country.”

Williams is a former senior partner at Bain & Company. He left the US-based management consultancy firm in 2019 to blow the whistle about how it ransacked and destroyed the SA Revenue Service (SARS) – under former commissioner Tom Moyane – during the corrosive State Capture years.

In recent months, his voice has grown louder about Bain having to fully come clean about its role in the capture and destruction of SARS. In being vocal, Williams has stepped on many toes, and he believes that his life is in danger, forcing him to go into hiding.

Williams says he has not received death threats. Still, the whistle-blowing community has urged him to leave South Africa as a safety precaution because he has relentlessly called for Bain, its current and former executives, to be held accountable.

“Other whistle-blowers and people tracking my situation have been telling me that I am raising my risk profile in speaking up about Bain and its capture of South Africa.”

Based on its intelligence and information, the Platform to Protect Whistle-blowers in Africa (PPLAAF), an organisation that protects whistle-blowers from retaliation, informed Williams that his risk profile started to increase after he testified at the State Capture Commission.

His testimony at the commission in March 2021 implicated 39 people and companies that were involved in bringing SARS and other state organs to its knees. Potential threats to Williams’ life could come from many places.

After his testimony, Williams didn’t think much about the potential threats posed to his safety.

But the assassination in August of another whistle-bower, Babita Deokaran, who had exposed corruption linked to Gauteng’s procurement of Covid-19 personal protective equipment, convinced Williams to go into hiding because his protection was not guaranteed.

“The murder of Babita sent shock waves in the whistle-blower community. I, and many other whistle-blowers, could be next and silenced.

“Even if I received a death threat, I know that the government wouldn’t be willing to offer me any protection. Many whistle-blowers are trying to raise money to leave South Africa and get out of harm’s way.”

Williams asked PPLAAF for help to get him out of South Africa, and the organisation raised money for his cost of travel. As soon as lockdown rules were substantially eased and more countries were willing to accept travellers from South Africa without onerous quarantine requirements, Williams boarded a flight out of the country, leaving behind his wife and other family members.

“All the parties that I have implicated in my testimony at the State Capture Commission, and [who] might want to silence me, will still be in South Africa when I come back. It is difficult to process that there might be people that would want to harm me. It feels very melodramatic. Maybe I am overreacting and being paranoid.”

Although he was forced to leave his life behind, Williams says he is still committed to the act of whistle-blowing.

“Without people speaking up, we will never deal with the crisis of corruption.

“I am persisting in whistle-blowing, and this is making many people uncomfortable. Whistle-blowers are being gunned down because the prosecution of wrongdoers is growing. The heat is being turned up on some of the engineers of State Capture,” Williams says.

He is on a mission to make people understand the full gamut of State Capture and that it wasn’t run-of-the-mill corruption. It was an attempt to weaken institutions of accountability and repurpose state organs to benefit a coterie of politically connected individuals.

“What annoys me is that we have reduced our pursuit of State Capture to following the stolen money. State Capture was a silent coup,” he says.

“It was a group of people trying to change our democratic institutions. If we are only following the stolen money, then we are saying that it is fine to plan a coup.

“This is what worries me because the likes of Bain & Co were planning a coup.”

Williams has detailed Bain’s complicity in the State Capture project in his new book Deep Collusion: Bain and the capture of South Africa. Williams knows Bain’s inner workings and machinations because he worked sporadically for the management consultancy firm between 1995 (an intern) and 2019 (a senior partner).

Williams rejoined Bain as a partner in May 2019 to clean up its public image and tighten its ethical standards after it emerged from a Commission of Inquiry into the affairs of SARS that the firm had a big role in capturing the once world-class tax collection agency.

Williams barely lasted six months in his R11-million-a-year job at Bain before he resigned, citing the lack of full disclosure by the firm about its work at SARS.

In 2014, Tom Moyane awarded Bain the tender to restructure SARS’s operations, including overhauling its IT infrastructure and changing its organisational/governance structure.

A final report by the SARS Commission found that the Bain restructuring destroyed key SARS units, including its large business centre, legal and compliance units, and enforcement capacity.

In Daily Maverick’s various reports, Bain has rejected suggestions that it has become one of the highest-profile faces of State Capture. “We reject all assertions that the firm was wilfully or knowingly party to any effort to engage in State Capture,” the firm recently argued.

Williams believes that Bain’s work at SARS is not fully understood because the firm is unwilling to come clean about its involvement in the tax-collection agency. “The focus was just on Bain’s work at SARS. It did far worse in other institutions.”

To start atoning for its behaviour, Williams says Bain must explain how its executives, including former SA managing partner Vittorio Massone, had unfettered access to former president Jacob Zuma through regular and clandestine meetings about the restructuring of state organs beyond SARS.

For whistle-blowing, Williams has sacrificed his career. Even with five master’s degrees, immense experience on company boards, and teaching ethics at university level, he struggles to find work.

“I want to make a meaningful contribution to society again. I want to get back to helping companies to do business better and grooming future leaders. But no company wants to be associated with me.”

But, he says, whistle-blowing has been worth it.

“I want us, as a country, to move forward and heal. I don’t want Bain to not operate in South Africa. I want us to hold Bain accountable for what they have done, repair that and move forward. I want to see influential people in the country act in the interest of society. That would be a win for me.” DM168