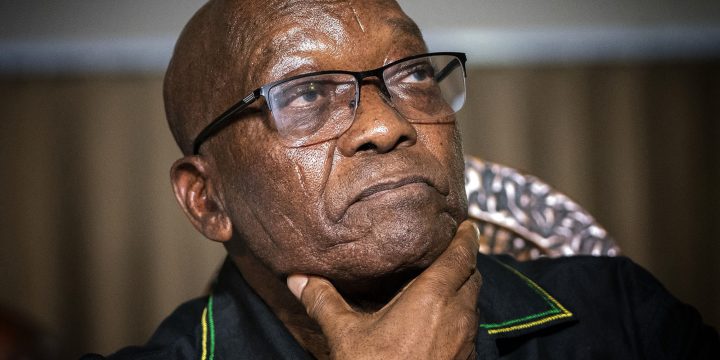 Jacob Zuma may no longer be the ANC’s president but his hand was visible in the finalisation of the eThekwini council.

One morning in 2006, a relatively unknown construction company lodged papers at the Durban High Court, suing the South African government.

PG Mavundla Engineering felt aggrieved after having lost out on the bid to build eThekwini’s iconic Moses Mabhida Stadium.

In court papers the company claimed that its consortium – which included a leading Italian construction company – had not only submitted a competitive bid but had also quoted the lowest price for the construction of the stadium.

The case was withdrawn before the court could adjudicate on the matter. Word was that the provincial ANC government had reached an out-of-court settlement with the company – the details of which were never made public.

But the company continued to grow, not only in its profile but also in its construction grading as it scored contracts in major infrastructure projects, including at Eskom.

Fast-forward to Thursday, 24 November 2021. Philani Godfrey Mavundla was elected as the deputy mayor of eThekwini. At some point Mavundla was the ANC mayor in Umvoti, before defecting to the National Freedom Party and then founding the Abantu Batho Congress in 2020. The ANC won two seats in the eThekwini council in the 1 November local government elections.

But before Mavundla became the mayor of Umvoti, which includes Greytown, he shot to fame as a generous Zuma benefactor and fervent follower of the former president.

After the 2007 Polokwane conference, where Zuma defeated Thabo Mbeki to become the president of the ANC, Mavundla slaughtered no less than 20 cattle to celebrate Zuma’s victory.

Mavundla and Zuma also share a few things in common.

Not only is Mavundla polygamous but his palatial homestead in Greytown – with multiple residences for each of his siblings and wives, and his own three-storey house – rivals Zuma’s Nkandla compound.

He also offered to pay Zuma’s R7-million bill for the controversial Nkandla upgrades. I think by now, reader, you have a better picture of who Mavundla is.

The return of Mxolisi Kaunda as the mayor of eThekwini was preceded by a nail-biting contest that ended with the ANC retaining the mayoral chain, beating the DA’s Nicole Graham by 113 votes to 104.

Zuma may no longer be the ANC’s president but his hand was visible in the finalisation of the eThekwini council.

After the collapsed council meeting on Monday 22 November, where the IFP backed out of an earlier agreement to vote with the ANC in councils where the governing party had the highest votes, intense horse-trading ensued and deals were made.

The ANC amended its proposed council executive to include Mavundla – amid protestation about the potential illegality of the move by opposition parties. For his support, Mavundla was offered the deputy mayorship of KwaZulu-Natal’s only metropolitan municipality.

He will deputise for Kaunda. The latter is as much a Zuma man as is Mavundla. In July, Kaunda openly decried the jailing of Zuma and was accused of tacitly supporting the violence and looting that reduced his town to ruins. Now two Zuma men are in charge of eThekwini.

In KwaZulu-Natal, the ANC has always had a Zuma headache, and the recent unrest in July plus the poor electoral performance in the local government elections by the party have thrust Zuma back into the political arena. For the first time the ANC was reduced to less than 50% in eThekwini.

The party’s dominance was also undermined in a number of local municipalities where the IFP has now re-emerged as a major player – installing its mayors in councils previously held by the ANC.

What is clear now is that ANC KwaZulu-Natal chair Sihle Zikalala and provincial secretary Mdumiseni Ntuli are at their weakest. Already one of the regional youth structures has called for their resignation.

Both Zikalala and Ntuli will fight for re-election at the overdue ANC provincial conference.

Whoever emerges as the next ANC leader in KwaZulu-Natal will not do so without Zuma’s blessing.

President Cyril Ramaphosa is still smarting from the electoral pounding that the ANC received this month.

His ego is bruised after the ANC used him as the face of their election campaign, arguing that he remained popular despite the ANC’s battered image. That did not help. Now his name will be recorded in history as that of the ANC president under whose leadership the former liberation movement sank below 50% of the national vote for the first time since 1994.

His five-year term ends in 12 months’ time. For a while it seemed almost certain that Ramaphosa would be re-elected as ANC leader without much of a contest. But that can no longer be guaranteed.

KwaZulu-Natal will be the base where the rebellion against Ramaphosa will emerge.

Although he will not be contesting at the ANC’s 55th national congress in December 2022, Zuma’s spectre will hover over that conference.