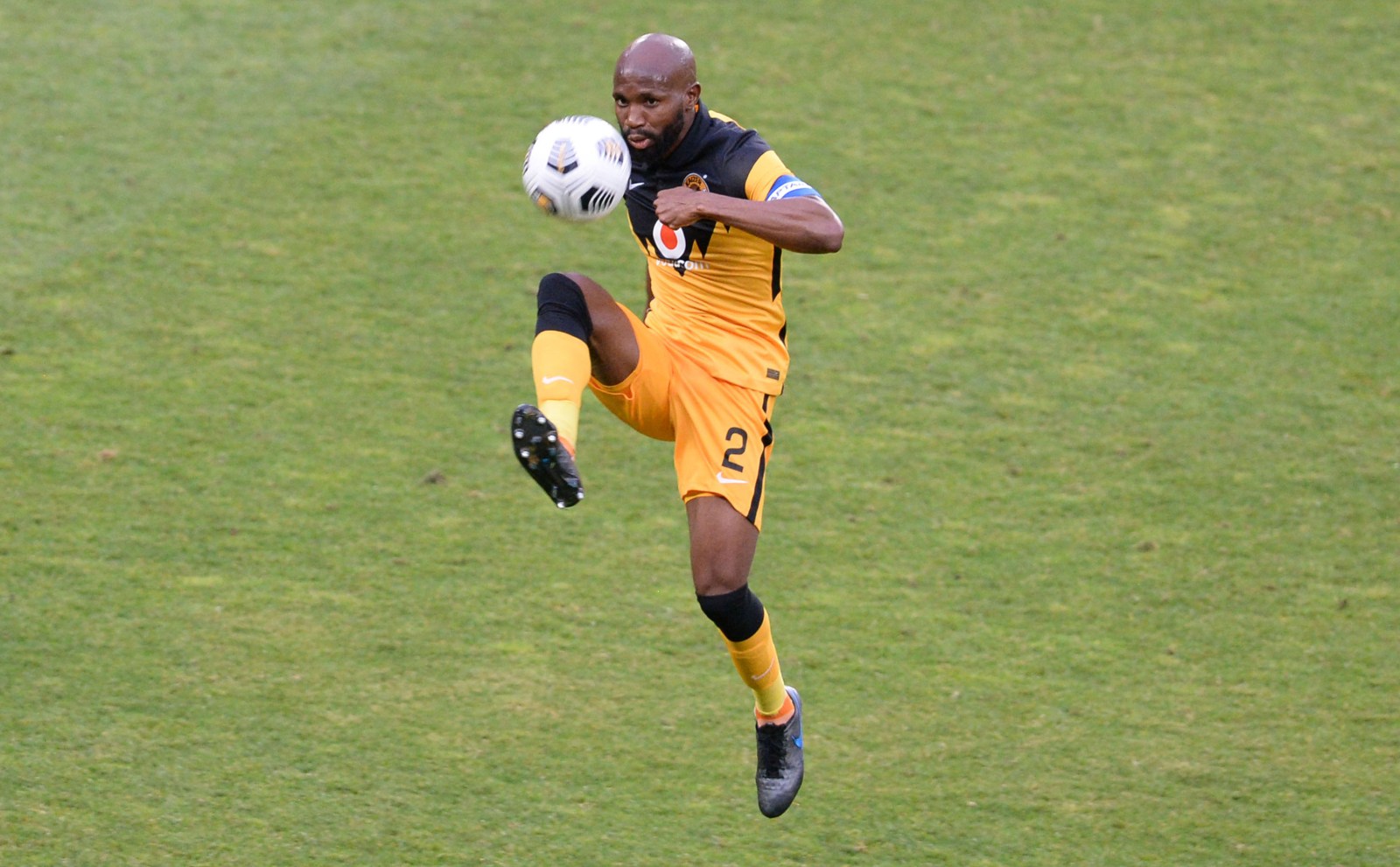 Ramahlwe Mphahlele of Kaizer Chiefs on the move during a CAF Champions League match against Clube Desportivo at FNB Stadium in Soweto on 23 December 2020. (Photo: Lefty Shivambu/Gallo Images)

There is little to separate the teams hunting down Mamelodi Sundowns in the DStv Premiership. If other results play out in their favour this weekend, the team in sixth spot can jump as high as second on the log.

Though Mamelodi Sundowns enjoy a comfortable six-point lead – with a game in hand – at the summit of the DStv Premiership, the race for second spot and a place in the CAF Champions League is wide open.

The gap between second-placed Stellenbosch, on 21 points, and seventh-placed Orlando Pirates is just three points. Teams such as Kaizer Chiefs, Royal AM, Sekhukhune United and SuperSport United are also in the mix.

Though Masandawana are firmly in control of the title race, they’ve dropped four points in their last two games after playing to two consecutive draws versus Cape Town City and SuperSport United.

In fact, during their last Premiership encounter they were fortunate not walk away empty handed as SuperSport exposed some chinks in their usually solid armour, although they could not land a killer blow on the defending champions.

Next, the Tshwane giants do battle with top-flight rookies Sekhukhune. The Tembisa-based outfit occupies third spot after a surprisingly good start to the season in which they have played 11 games, won six, drawn two and lost three.

“We are looking forward to the game against Sundowns. We have to respect the fact that they are a very good team, with a number of well-capacitated players, as well as experience on their technical team,” said Sekhukhune’s Cheslyn Jampies.

“The reason we’ve been doing so well is because there is no substitute for hard work and effort. At the moment, that’s what the boys are giving. We’re buying into the philosophy of the coach and his technical team… As much as we’ll give them the respect for being Mamelodi Sundowns. When two teams meet, whoever wants it the most on the day comes out victorious.”

The teams still hoping to close the gap with Sundowns will be looking to see Babina Noko do them a favour by beating Masandawana.

One of those teams is Chiefs. Amakhosi have blown hot and cold throughout the season so far and have struggled to build on results where the team’s potential has shone through.

Having won in the Soweto derby and followed up that result by edging Maritzburg United 1-0, Stuart Baxter’s troops were held to a 1-1 draw by AmaZulu on Wednesday.

Currently fifth, a win in that game would have propelled the Naturena-based outfit to third spot on the league table.

“AmaZulu is one of the best teams in the league. So, it was an important point, as much as we wanted maximum points. But we can take this one and keep on going,” said Chiefs defender Ramahlwe Mphahlele.

Next, Amakhosi go head-to-head with second-from-bottom Moroka Swallows. The Dube Birds, who finished in the top six last season after earning promotion from the GladAfrica Championship, are winless since beating Royal 1-0 in their first match of the season.

Since then they have played out to five draws and five defeats. Two of those losses came in their last two matches. Despite his former side’s poor record so far this season, Mphahlele cautioned against a lackadaisical approach by his teammates.

“I’ve seen teams at the bottom of the league beat teams that are No 1 or No 2. So, we just have to focus on ourselves [and our] gameplan and treat them with respect. They are still a good team and they hurt you on any given day. Also, when teams play against Kaizer Chiefs, they tend to revive themselves and play well. So, we cannot take any team for granted,” the stalwart defender said.

Meanwhile, Cape Town team Stellenbosch will be keen to bounce back from their first defeat of the 2021/22 season and avoid a slump following a great start to the season.

The Maroons were on the receiving end of a 3-0 thumping at the hands of Pirates. The loss marked the first time Steve Barker’s men had failed to pick up any points whatsoever this season, 12 games in.

“These things come to an end and you just have got to take it on the chin and move and start a new run. At the end of the day I have to start looking ahead to Sunday’s game. It is back to the drawing board and we’ve got a big game on Sunday,” said Barker.

They face a Royal team that will leapfrog them on the log should they suffer a consecutive defeat. Though the KwaZulu-Natal side is four places behind Stellenbosch on the table, the two teams are only separated by three points. DM