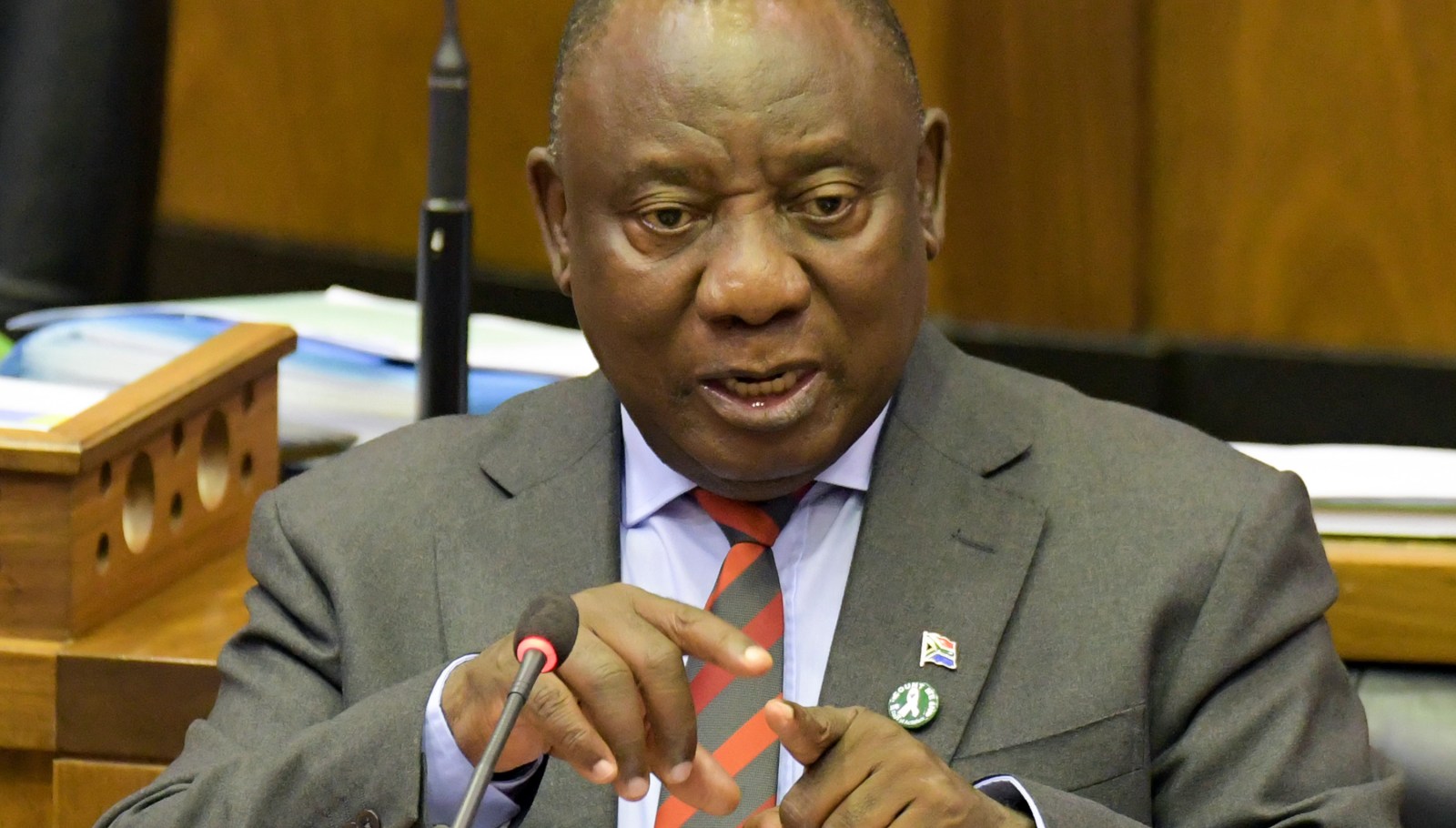 President Cyril Ramaphosa made his strongest statement yet in favour of a partial privatisation of electricity generation, repeatedly labelling Eskom a monopoly that is dangerous for the country. He was speaking during his parliamentary Q&A on Thursday.

President Cyril Ramaphosa was referring to Eskom, as South Africa’s sole national generator and transmitter of electricity, being a single point of failure — as is underscored by the frequent rolling power outages that disrupt economic activity and plunge households into chaos.

“We are all agreed Eskom is just too big to fail. It would be catastrophic… Eskom is our collective problem that we have to solve,” he said on the state-owned power utility’s R401-billion debt.

Renewable energy projects and allowing municipalities to generate power alongside independent producers — having raised to 100MW the licensing threshold for embedded power that may also be sold back to the grid — were all measures to reduce the risk of Eskom’s power generation and transmission monopoly, according to the president.

“The restructuring of Eskom will transform the sector and will enable greater competition and investment in new generation capacity.”

A more folksy illustration of the Eskom monopoly risk emerged elsewhere during the parliamentary question time when he spoke of concerns should something happen to “the one company” that’s responsible for all the lights to be seen when flying from Johannesburg or Cape Town.

But MPs seemed muted on Ramaphosa’s pitch on new sectors and new job opportunities that would come with the just transition from coal. This is triggered in no small way by the need to decommission coal power stations — Komati power station in Mpumalanga will be the first in 2022 — but also South Africa’s international commitments, including emissions reductions by 2030.

From discussions with the private sector showing “enormous possibilities” in electric car manufacturing, to “being a world leader” in green hydrogen, Ramaphosa repeatedly spoke of government’s commitment to “upskill, retrain and reskill” workers, while also supporting communities living around power stations and coal mines.

“As we move from one revolution to another, of course, jobs have been lost, but jobs have also been created. What we want to do is to maximise the creation of new jobs… There’s new money. There’s good money willing to come in because it creates new markets.”

Ramaphosa’s repeated emphasis that the just transition would ensure “no worker will be left behind” — much like his comment that even NGOs were looking at various proposals for Eskom — echo the labour federation Cosatu’s statement on Thursday following its Central Executive Committee meeting.

“It is critical that a just transition for mines and electricity power plants that have reached the end of their life span is put in place so that no workers are left behind,” said Cosatu, adding its intention “to constructively contribute to a process of finding a solution to the electricity crisis facing the country”.

Support for South Africa’s just transition was clinched at the Glasgow COP26 UN Climate Change Conference, when the US, United Kingdom, Germany, France and the European Union offered R131-billion ($8.5-billion) in grants and concessional loans over the next three to five years.

Sensitive to ideological contestation from within the ranks of his own governing ANC and the opposition EFF, Ramaphosa repeatedly emphasised this funding was not a done deal yet — and South Africa would “continue to chart our own developmental path”.

“It does not mean we need to accept the offer as such, or we need to accept any unfavourable terms, especially if it impacts negatively on our own fiscus,” he said, adding later, “We will not be handing over everything to those funders… I don’t really foresee us being short-changed in any way.”

Negotiations would be led by a team that brought together the “best brains” of the public and private sector and trade unions, and would unfold over the next three to six months “in a very transparent manner where we will not just roll over and accept restrictive conditions”.

That’s about as good an elaboration as it got on Thursday’s earlier Cabinet statement that announced Ramaphosa would chair the inter-ministerial committee “to coordinate further work on the country’s just transition plan and on the financial offers made to South Africa” at COP26.

The technical/financial team working on this includes National Treasury, the Industrial Development Corporation, the Forestry, Fisheries and Environment Department, Eskom and “other finance experts”, according to Thursday’s Cabinet statement. It remained unclear why it excluded Mineral Resources and Energy and Public Enterprises — which is in charge of Eskom.

While Ramaphosa repeatedly emphasised that accepting the COP26 financing offer was not yet done — the political agreement also establishes a technical team comprising South Africa and the overseas partners — in Thursday’s Q&A he also seemed to confirm how “a good portion of the funding that will come through will be used to support Eskom’s just transition”.

It might just have been a slip of the tongue in a question session that at one point saw Ramaphosa point out to MPs that he had answered that particular question four times already. But he answered for a fifth time.

In that, the president was in the same position as Public Enterprises Minister Pravin Gordhan a week earlier during the economic ministerial cluster Q&A. Then, Gordhan had to repeat at least three times that the COP26 financing was only an offer at this stage — and it was not there to pay Eskom’s debt.

“This is an offer from developed countries. This is not a deal. Negotiations will now take place at a technical level to appreciate if these offers are compatible with South Africa’s financial requirements, said Gordhan on Wednesday 17 November. “Once financing is secured, this will include repurposing power stations, retraining workers and mitigating the impact on communities.”

On Thursday, Ramaphosa stayed on message.

“We should be able to take up the offer… and when it comes to the just transition, we should be a trailblazer,” he said, adding later:

“(The private sectors) are already utilising hydrogen type of power to drive their vehicles and we have a good supply of platinum that can be used for generating opportunities… As government, we should not be lagging behind some of those technological opportunities the private sector is pursuing.”

But while touting South Africa as “a world leader in hydrogen”, one reality is that Namibia is already ahead.

At COP26, Namibia announced the successful bidder for its $9.4-billion green hydrogen project near Luderitz — and South Africa’s northern neighbour is taking its second request for proposals to the World Economic Forum in Davos, Switzerland, in January 2022, reports Engineering News (Namibia may launch second green-hydrogen bidding process in early 2022).

As is so often the case, the devil is beyond the pretty words in the detail. And that’s now for the Ramaphosa administration to hammer out — and implement. DM