Debate of the decade: Global inflation — to the future and back 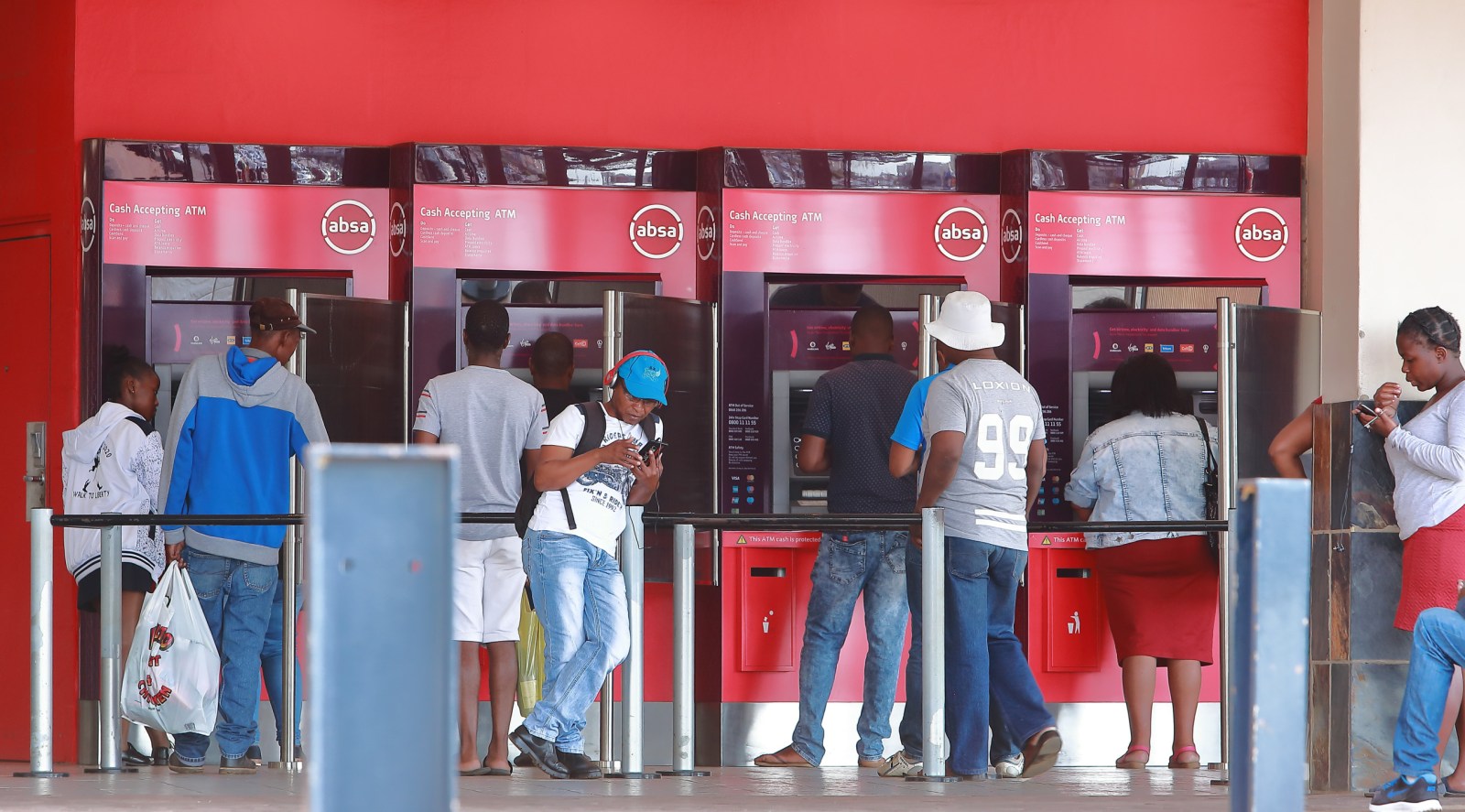 Former US Treasury Secretary Larry Summers and Bridgewater Associates Chairman Ray Dalio remain adamant that this year’s increase in inflation is not transitory and will pose a huge threat if central banks fall behind the curve. (Photo: Gallo Images / Fani Mahuntsi)

Inflation remains the great divider of the Covid-19 economic era and, sadly, it’ll be years before we know who are the winners of the transitory versus persistent inflation debate. But that hasn’t stopped economists from taking a stab at painting a picture of what our inflationary pattern may look like — some of which are more creative than others.

It’s been more than six months since the phrase “transitory inflation” entered common financial parlance and since then the refrain has divided and agitated inflation-watchers in equal measure.

Former US Treasury Secretary Larry Summers and Bridgewater Associates Chairman Ray Dalio remain adamant that this year’s increase in inflation is not transitory and will pose a huge threat if central banks fall behind the curve. However, developed country central bankers and many other private sector economists remain confident that the factors driving inflation up now will settle down through next year.

It’s undoubtedly the debate of the decade and, I don’t know about you, but I would love to time-travel five years into the future to see whose view proves to be right, with either inflation becoming a mere blip in history, largely subsumed by other painful socioeconomic memories of the pandemic, or public enemy number one of the 2020s.

Schroders tried to do just that recently when it spelt out “an alternative, imagined look at inflation” in 2030. Titled “The view from 2030: how transitory inflation became permanent in the ‘roaring 2020s’ ”, the bank paints a bleak future in which inflation “ratchets” up to 6% in the second half of the decade and a classic wage-price spiral takes hold.

The result: “The roaring 2020s ended in stagflation as capacity-constrained economies had little option but to absorb the excess demand created by loose fiscal and monetary policy in higher inflation.”

What is most interesting is that all the risks that materialise in their alternative future dovetail with those of the economists who have relatively benign views on the outlook for inflation.

UBS CIO’s 2022 Outlook released last week sees inflation falling from its current levels over the course of 2022 as the supply-demand mismatch resolves. It acknowledges that inflation has been elevated for longer than expected, but points out that goods and services that have been most affected by surging global demand, namely used cars and apparel, have already started to normalise. Energy prices — a key contributor to rising prices — are likely to find their equilibrium, according to UBS, albeit at higher levels than today.

It is sanguine on the likelihood of the labour market contributing to inflation — the dynamic that is under the Federal Reserve’s watchful eye — expecting the pressure of labour shortages to ease and pay growth to stabilise.

The risks that it feels could derail this outlook are an unusually cold winter or climate policy: “There is a chance it [inflation] remains persistently high for longer than we expect. This could come from a variety of potential sources: Adverse winter weather could deplete commodity inventories and keep prices elevated; environmental regulation could mean higher-than-expected taxes on pollution; or labor markets may not recover in the way we would ordinarily expect. It may also simply take longer for pandemic-related issues to resolve.”

This dovetails with Schroders’ 2030 imagined look at inflation in which commodity prices “were expected to peak and unwind the powerful base effects which had pushed inflation higher”. But a cold 2021-2022 winter sees panic buying push oil prices to more than $100 a barrel and regulatory price caps on gas prices in Europe continue feeding through to consumer inflation.

I would love to time-travel five years into the future to see whose view proves to be right, with either inflation becoming a mere blip in history, largely subsumed by other painful socioeconomic memories of the pandemic, or public enemy number one of the 2020s.

It also envisages the return of labour bargaining power, which results in rising wages — one of the key risks pinpointed by UBS in its 2022 outlook. The outcome, according to Schroders: “Wages and costs had risen and were being passed on to the consumer, thus pushing up core and headline inflation even as commodity prices eased back. Loose fiscal and monetary policy played a role by keeping demand buoyant, allowing firms to pass on costs and hence accommodating inflation.”

Interesting as their exercise may be, it’s just as possible to imagine a future in which the “transitory” inflation narrative holds sway.

Goldman Sachs gives us the opportunity to see the future through the eyes of its clients in its November Quickpoll, when it asked 779 of its clients whether they thought inflation would be transitory or persistent.

The results show that views are still divided, but the weight of opinion is on inflation proving transitory, with two thirds of the respondents expecting the US core Personal Consumption Expenditures price index to normalise below 3% by the end of 2022.

“Yet that leaves one third of investors who expect inflation to be higher by that time,” the bank highlights.

Goldman Sachs says one of the strongest correlations found in the survey was that investors who expect inflation to be persistent expect the Federal Reserve to raise interest rates in the second quarter, whereas those who fall in the transitory camp only expect the first rate hike to occur in the second half of the year.

The bank itself believes that energy-driven concerns are abating and is below consensus in its energy price outlook for two reasons.

“First, many of the geopolitical and supply-driven catalysts for the rally are normalizing, such as Russian supply of gas to Europe or coal prices in China. Second, the share of gasoline in PCE is significantly lower (around 2%) than what it was in the early 2010s (close to 4%).”

Shelter and wages are the main inflation risks, it says, but the bank expects these risks to materialise only next year because they are slower-moving inflation components.

In their latest analysis, Garbis Iradian, chief economist for Mena at the Institute of International Finance, and Samuel LaRussa, senior research analyst at the institute, describe the current high inflation rates as a result of a perfect global inflation storm where easy money meets tight supply. They distil the major inflationary forces into the well-researched supply constraints and increasing food and energy prices.

But they also include a third — deglobalisation — the one factor whose impact on inflation is only likely to become clear many years down the line. It’s also the one force we arguably should be most concerned about because it could well usher in the stagflationary future so vividly outlined by Schroders in its to-the-future-and-back “alternative” view on inflation. DM/BM