Campaigning against GBV must be a trade union priority: SA must ratify ILO’s Violence and Harassment Convention 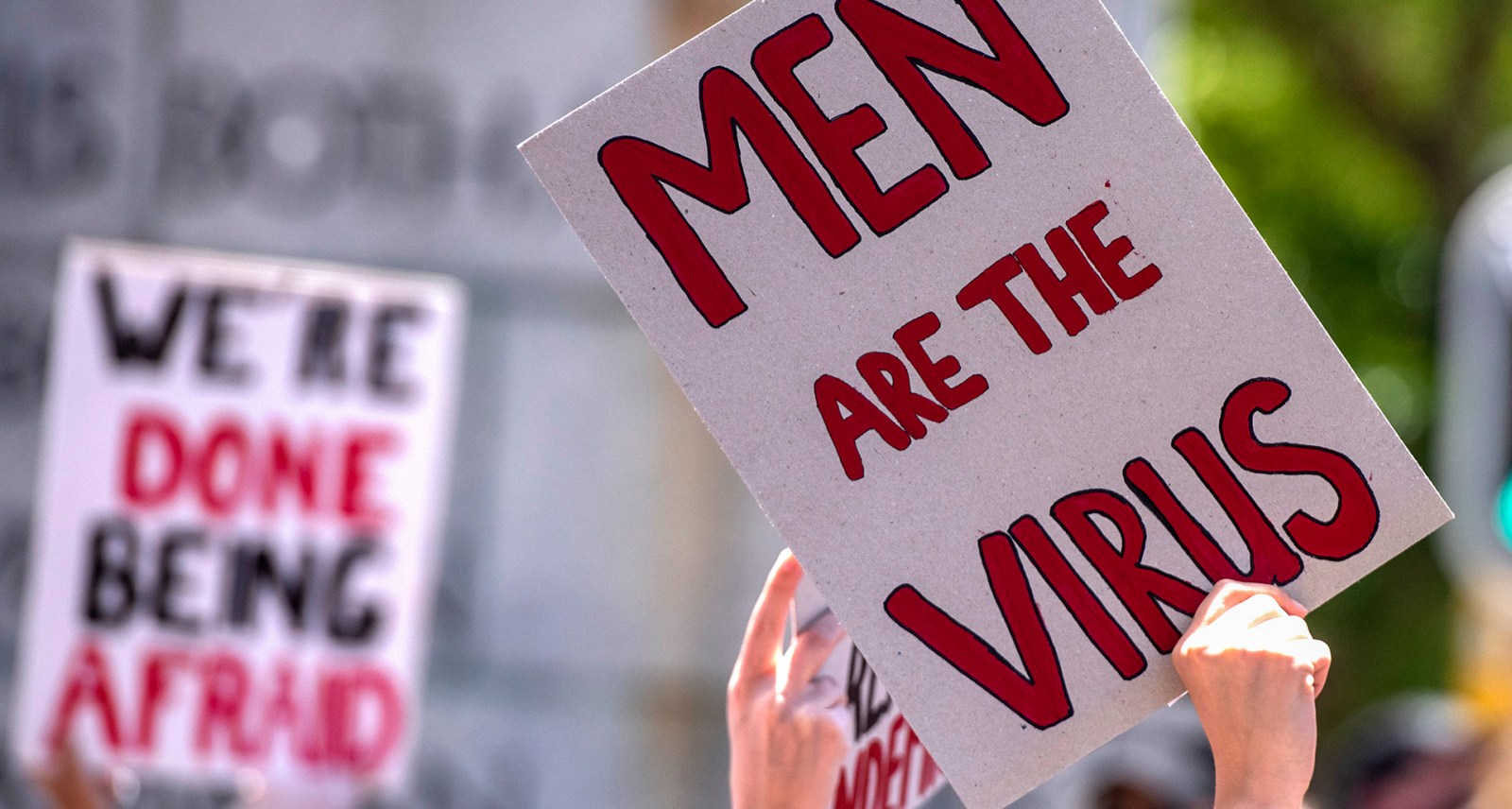 The annual 16 Days of Activism Against Gender-Based Violence, commencing each year from 25 November aims is to raise awareness of violence against women. (Photo: Gallo Images / Brenton Geach)

Since 1999, 25 November has been designated as the International Day for the Elimination of Violence against Women by the UN General Assembly. It commemorates the day the three Mirabal sisters, political activists in the Dominican Republic, were brutally assassinated on the orders of the dictator Rafael Trujillo.

Annually, 25 November also begins the widely known 16 Days of Activism Against Gender-Based Violence. The aim is to raise awareness of violence against women generally and highlight the extent of an oft-hidden problem.

No safety nets — no safety

What is clear to many is that gender-based violence (GBV) is one of the most widespread violations of human rights worldwide and in South Africa it has been called a shadow pandemic because of its scale in our society. Unlike Covid-19, however, GBV is spread through social and political conditions that undermine the ability of women and girls to escape from abuse. During lockdowns, we have seen even higher levels of domestic abuse making their homes an unsafe place for many women.

While all women are vulnerable to abuse, it is often the working class who are most vulnerable with very little access to support services and no economic alternatives. According to Statistics SA’s Quarterly Labour Force Survey, women are less likely to find full-time, formal paid employment than men.

Although women occupied about 47% of employment in February 2020, they accounted for approximately 67% of the job losses between February and April 2020, and the number remained unchanged by June 2020.

The vulnerability of women to abusive partners when they have no independent source of income is clear. Women are also over-represented in sectors where there are poor working conditions and low pay such as in healthcare, retail and personal services, domestic work, and education.

Unpaid work, such as child and elderly care, and household responsibilities, has also increased since the pandemic began. This makes leaving an abusive partner even more difficult for many women.

The rising cost of living exacerbates this problem too. According to the Institute for Economic Justice (IEJ), “the cost of the average household food basket has increased by 7.1%, or R271.90, to R4,128.23 in June 2021, while 39% of households ran out of food in February/March 2021. This has been worsened by school closures and associated reductions in school feeding schemes, which has also meant that children have experienced higher rates of hunger than before the pandemic.”

Many women continue to face the brunt of gender-based violence in their homes, workplaces and in public places, which for many women serve as workplaces too. In the early days of lockdown, there were huge numbers of calls to call centres by victims of domestic violence. Women and children trapped in their homes with abusers were desperate for any kind of help.

One needs only to look at the horrific headlines about the gruesome killing of women in the last few months to know femicide is a crisis in South Africa. According to reports, even before the pandemic femicide in South Africa was already five times higher than the global average.

These same reports show that the female interpersonal violence death rate was the fourth highest out of the 183 countries listed by the World Health Organization in 2016. Evidence has now emerged that suggests cases of violence against women are increasing. In 2019-2020, there was an average increase of 146 sexual offences and 116 specifically rape cases per day compared to the same period between 2018-2019.

The pandemic has made the situation worse as it has led to restricted movement, social isolation, and economic insecurity — all factors that increase women’s vulnerability to violence in the home.

Austerity further exacerbates the scourge of domestic violence. Underfunding of support services means even when women reach out for help, it may not be available. Official statistics show that out of nearly 144,000 requests for protection orders in 2018-2019, only around 22,200 were granted. Reports indicate that some of these protection orders would merely call for the abuser to sleep in a different room in the same house.

In March 2020 it was announced that only 130 of the 4,058 people arrested for alleged GBV had been convicted. This means that the conviction rate for violent crimes against women was only 3%.

In September 2019, public outrage at the brutal murder of student Uyinene Mrwetyana triggered nationwide protests against the rising tide of gender-based violence in South Africa. As we eventually emerge from the Covid-19 pandemic, it is likely that there will again be another response through mass action to the ongoing women’s rights crisis as we saw with the Total Shutdown Movement as well as the #CodeRed activists who created human chains against gender-based violence earlier this year.

Trade unions must play an important role in initiating these activities and supporting feminist groups who are fighting against GBV. It is also likely that new layers of working-class women may move into action as women continue to bear the brunt of contradictions of capitalism. It will be the role of all progressive trade unions to call for systemic change and connect the struggle against women’s oppression with workplace and socioeconomic campaigns.

Campaigning for decent wages, campaigning against austerity, and campaigning for an end to retrenchments are all campaigns that will support the campaign to end violence against women and these links should be explicitly made in all our campaigns. The problem of violence against women is rooted in the inequalities that are prevalent in a capitalist society. It is this deeply rooted inequality between men and women in our society that is at the root of attitudes and behaviour that put women in danger.

There is an immense opportunity for the labour movement and the left more broadly to mobilise radicalised young women willing to strike and protest to change society. Radicalised layers of women, LGBTQI+ communities and young people are recognising the need for collective action to transform society all across the world. Thousands of women recently took to the streets in France calling for an end to gender-based violence. We’ve also seen recent protests in Poland and the United States defending the right to abortion.

The South African Federation of Trade Unions (Saftu) has called for workers to unite and mobilise for a general strike to protest austerity, wage cuts and job losses and the links to gender-based violence must be made explicit to the working class in these calls.

We need to make sure that the working class and poor have the resources to prevent violence; protect victims and prosecute perpetrators swiftly and justly. We need free 24-hour hotlines and counselling services, access to shelters for victims and swift and sensitive police interventions. These should also be made available to migrant populations as well as be made accessible for the disabled.

While there is no replacement for mass movement building, we should fight this war on all fronts and also insist that the South African government ratify the ILO’s Violence and Harassment Convention, 2019 (No. 190) as well as implement Recommendation 206. These are legally binding international instruments aiming at eliminating gender-based violence in the world of work. To date, only seven countries have ratified the Convention, including Mauritius, Argentina, Ecuador, Fiji, Namibia, Somalia, and Uruguay. South Africa should be next.

Convention 190 read in conjunction with Recommendation 206 includes clear guidance on how to “identify and eliminate discriminatory behaviours and address the discriminatory outcomes of unequal power relations that lie at the heart of gender-based violence”. Trade unions should use their bargaining power with the state to support the global campaign to promote the ratification and implementation of the Convention.

Our responsibility as a trade union movement is to bridge campaigns for women’s rights and for labour rights and this is a key mechanism to do this. Another mechanism is the Working Class Summit 2021 which will be a platform for social movements, labour movements and youth movements to build a mass working-class movement against capitalism and the austerity and inequality that emerges as a result. This platform offers the perfect opportunity to build movements to eradicate the inequality which leads to violence against women.

Ferron Pedro is Working Class Coordinator and Educator of Saftu.