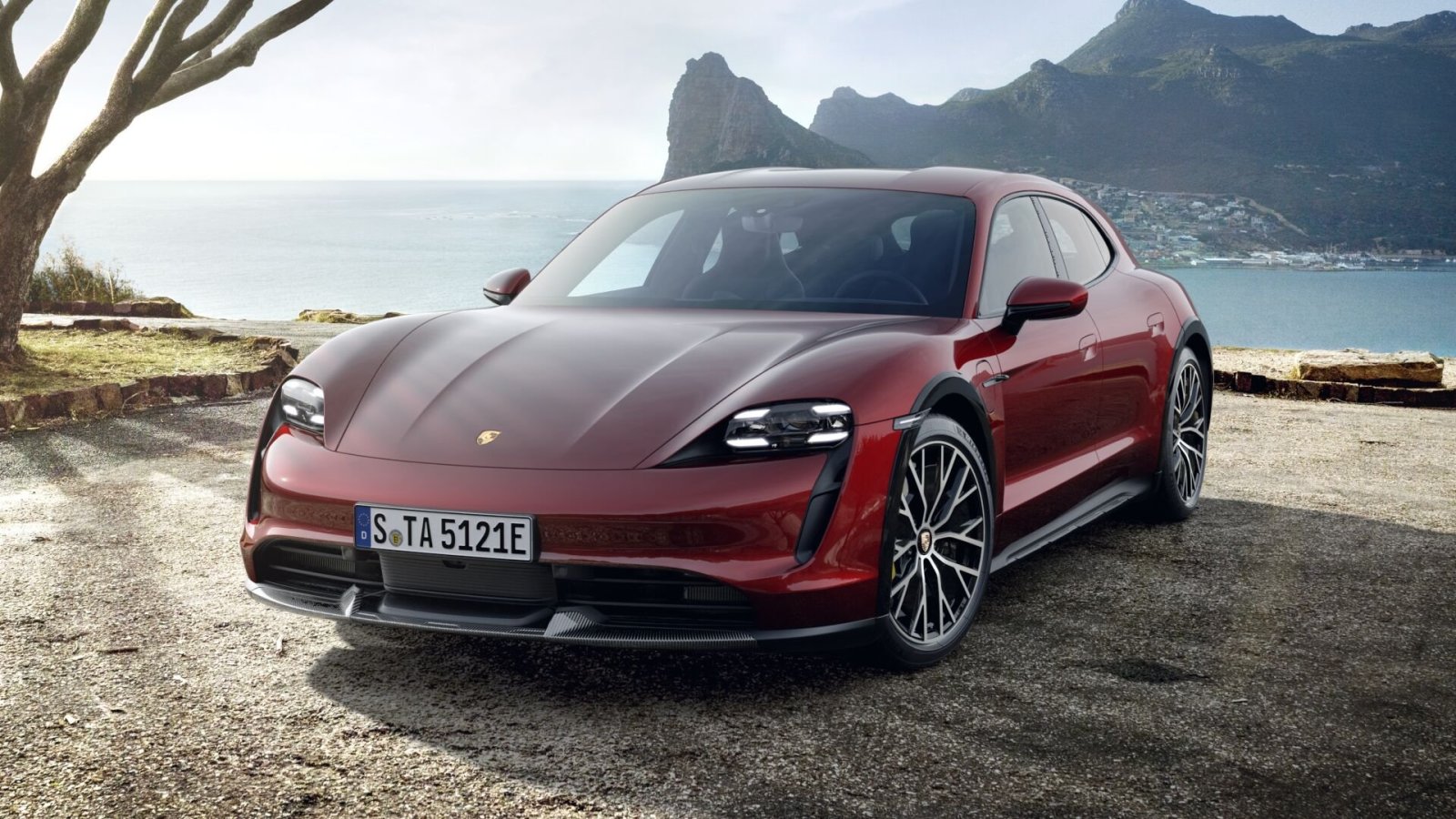 What is the company doing with its Taycan Cross Turismo? With crushing confidence, it's moving things forward.

It can be difficult to face up to your own fallibility, to have what you know for sure dragged into the arena of uncertainty and nuance. But it is almost always healthy, because merely being receptive to the idea that you could be wrong leaves remarkable space for growth.

It’s also a reason to treat social media with care. I enjoy Twitter – in as much as watching pompous martinets wrestling in a pit latrine is of passing amusement – but I do use certain rules of engagement there.

First, saying nothing is usually the wisest option, because demand for outrage far outstrips supply, giving, in economic terms, very high value to low-grade intellectual trinkets. In a space where offence accrues more capital than understanding, you have to expect that people will follow the incentives.

Second, don’t engage with people who used to be big deals in the media. There’s a handful of folk who have fallen from the top of the tree, bouncing inelegantly off every branch on their way down. What they have is a large legacy Twitter following, an oversupply of bile, and very little to lose. They’re worth avoiding.

Third, Twitter doesn’t represent South Africa, or even a vague proximity to it.

Last, you have to ignore the machine’s relentless attempts to drive you into an intellectual tribe and to generate anger, the jet fuel of “engagement”.

The death of FW de Klerk was a great example. Many people said he was an Afrikaner nationalist and a supremacist who never accounted for the crimes he committed in government. Others, from the comfort of a space where there are no memories of what horrors apartheid wrought on their parents and grandparents, spoke calmly about how De Klerk had chosen a difficult and brave path.

The idea that not only is it possible that both of these ideological tribes could be right – and indeed that they were – was lost to an algorithm that advances fury over amity.

With that said, I do still enjoy Twitter. It has taught me a great deal and forced me to challenge what I thought I knew. It’s been enormously useful.

When Porsche first launched an SUV, the Porsche purists were appalled. The fact that the storied manufacturer of the 911 sports car was in financial trouble did not seem to stem the outrage. When that car arrived, the first Cayenne, and it looked less than lovely, there was a disruption in the force on Planet Petrol, and people were very upset.

But Porsche knew something we didn’t – that they were about to give us what we wanted. The Cayenne saved Porsche; they sold tens of thousands of the things. Then they launched the compact SUV, the Macan. If the Cayenne saved Porsche then the Macan made it bombproof; 80% of Macan owners are new to Porsche – and that’s how you sell 911s.

Car companies have a habit of doing this. If somebody had asked you whether you really need a large SUV that’s useless off-road and is also a coupé, but while being an SUV-non-off-road-coupé also has four convenient doors too, you would legitimately question their sanity. But BMW built it, called it the X6 and sold squillions of them to a certain kind of chap who likes to wear his baseball cap backwards.

So when car companies do something that seems outrageous, don’t tweet. Stop and think. Maybe they know something you don’t?

So what to make, then, of the Porsche Taycan Cross Turismo? For many people this will have alarm bells ringing. What is this thing? It’s got a “gravel mode”. It’s designed to “embrace your lifestyle” and has an “off-road design package”. But it’s really just a Taycan with a boot. But don’t tweet. Think.

What the Taycan Cross Turismo is, in fact, is an electric estate car (station wagon) made by Porsche, on the same platform as the Taycan and the upcoming Audi e-tron GT.

After some time in the car, and a few weeks to really think about it since, I’m wrestling with a new problem, and that’s I can’t really think of a better car, and I really hate venturing into this territory. But it is without doubt the best electric car I’ve driven, and the best estate too.

Regular readers will know how I raved about the Audi RS6 wagon. It’s better than that. When people ask me what the best car I’ve driven is, I usually say the Rolls-Royce Phantom. It makes the discussion go away. But – and I’m anxious to even type this – the Cross Turismo rides like a Rolls-Royce. In its comfort mode, it’s actually that good.

Depending on the one you buy, it will crack 100km/h between 5.1 seconds or 2.9 seconds. I drove the 4S model, which requires a moment over four seconds to crack 100km/h. That, surely, is fast enough for a family estate car.

To drive, it is peerless; it felt a little less wound-up than the standard Taycan, more at ease with life as a phenomenally resolved, five-door family car. Engage any of the sports settings and the waft is replaced with the precision you’re used to in a car with the Stuttgart logo on its snout. Range is superb, officially shy of 500km, and comfortably 400km in real life.

And, boy, it’s quick if you want it to be. I have never driven a car that has this range of dynamic talent. It can handle the urban grind. It’s brilliant at the Woolies run (top up the battery while you’re at it). It can cruise in serenity on a freeway and, at the right place and the right time, it can hunker down on its air suspension, punch a hole in the air and obliterate almost anything on a twisty road.

Electric power, a low centre of gravity thanks to all those battery cells, and all-wheel-drive make for the kind of grip that goes beyond what you’re ever likely to need, or have the talent to use. I surely didn’t.

And so, then, to the point: you probably didn’t know that you needed an electric estate car, but in 16 years of writing this column for various outlets, I’ve yet to drive a better family car than this.

It’s not the most spacious and, at R2.7-million, it’s certainly not cheap, but Porsche have moved things forward again, and have done so with a kind of crushing confidence.

Perhaps the car heralds a trend like the Cayenne did – one for electric family motoring designed for the real world.

Those who like to hear the sound of difficult questions will step out of their SUVs and into something like the Cross Turismo.

I reserve the right to change my mind, but I honestly can’t remember a better car. I might even tweet about it. DM168