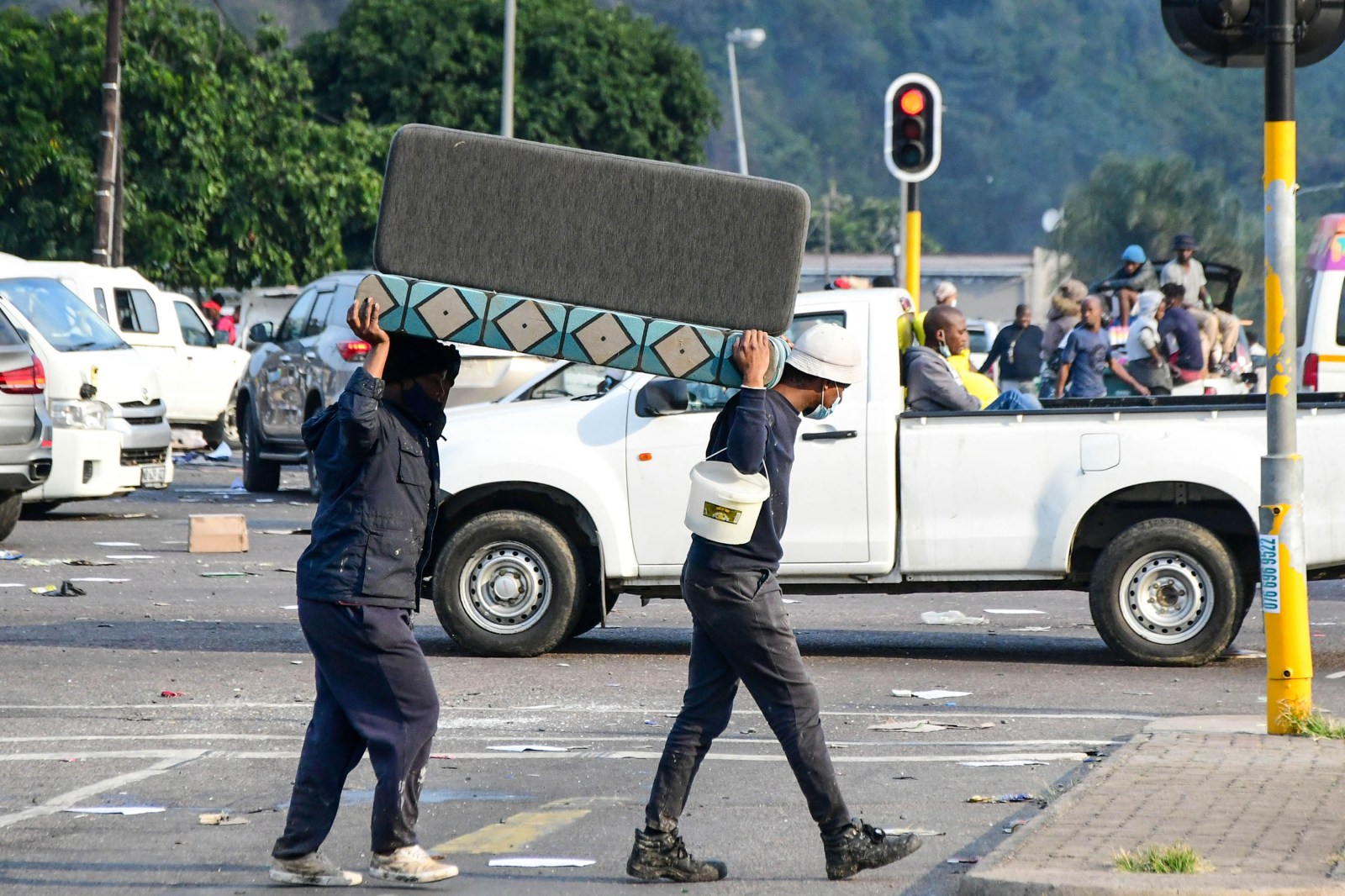 After a sharp decline to 43 in the third quarter (Q3), the RMB/BER Business Confidence Index (BCI) failed to budge in Q4. Given the confidence-shaking event that was July’s wave of social unrest, the failure of the index to recover this quarter in the face of load shedding and other factors is a really bad sign.

In Q3, the BCI fell back into negative territory, dropping from the neutral 50 mark — the index ranges from 0 to 100 — to 43. The economy is widely expected to have contracted in that quarter largely because of the shock from the wave of lethal riots and looting that swept KZN and Gauteng in July that killed more than 300 people after the jailing of a certain disgraced former president.

So, it is a really bad sign that the index remained unmoved in Q4 at 43. Business confidence is one of the lifebloods of the economy. Investment, hiring and other decisions are made on the basis of the confidence that the business sector has in the economy.

Put another way, it strongly influences decisions not to invest or hire.

“The third wave of Covid-19 infections, the unrest in KwaZulu-Natal and Gauteng, transport delays, shortages of inputs and insufficient stocks all hit confidence hard in the third quarter,” RMB said.

“Although the impact of some of these shocks has faded, new ones like the Numsa strike and load shedding emerged, which prevented sentiment from recovering in the fourth quarter. On top of that, existing supply chain disruptions and stock shortages have intensified. Except for building contractors, confidence declined in all the remaining sectors.”

So, while the overall index remained unchanged, most of the subindices declined further from the awful levels of the previous quarter. Intensified load shedding, the Numsa strike and supply chain bottlenecks — while all worrying — collectively cannot explain that. 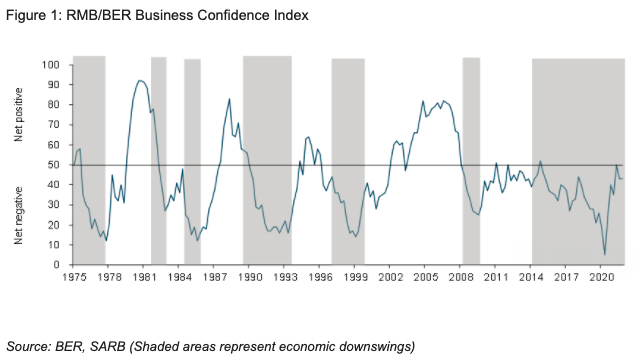 This waning of business confidence points to deeper problems and an erosion of trust. There is simply almost no reason to be inspired by this economy or to trust a failing state run by a dysfunctional ANC to stop the rot.

“Improved sentiment among smaller contractors in KwaZulu-Natal stood out,” RMB pointedly noted. “Yet, it’s unsure how long the improvement in overall building confidence will last; the non-residential property market continues to suffer from oversupply, while the boost from unrest-related rebuilding will likely prove temporary.”

So, the one bounce effectively stems from July’s mayhem. Tearing things down and then putting them back together again is not a recipe for economic growth or improved confidence.

For everything else, it was all downhill. Retail confidence declined to 52 from 56, wholesale confidence to 53 from 55. The best that can be said on this front is that confidence in the two sectors remains marginally in positive territory. South Africans do like to buy stuff whether they can afford it or not.

The bottom line is that these executives are losing confidence in the South African business environment. After a winter of discontent, summer is off to a gloomy start. DM/BM