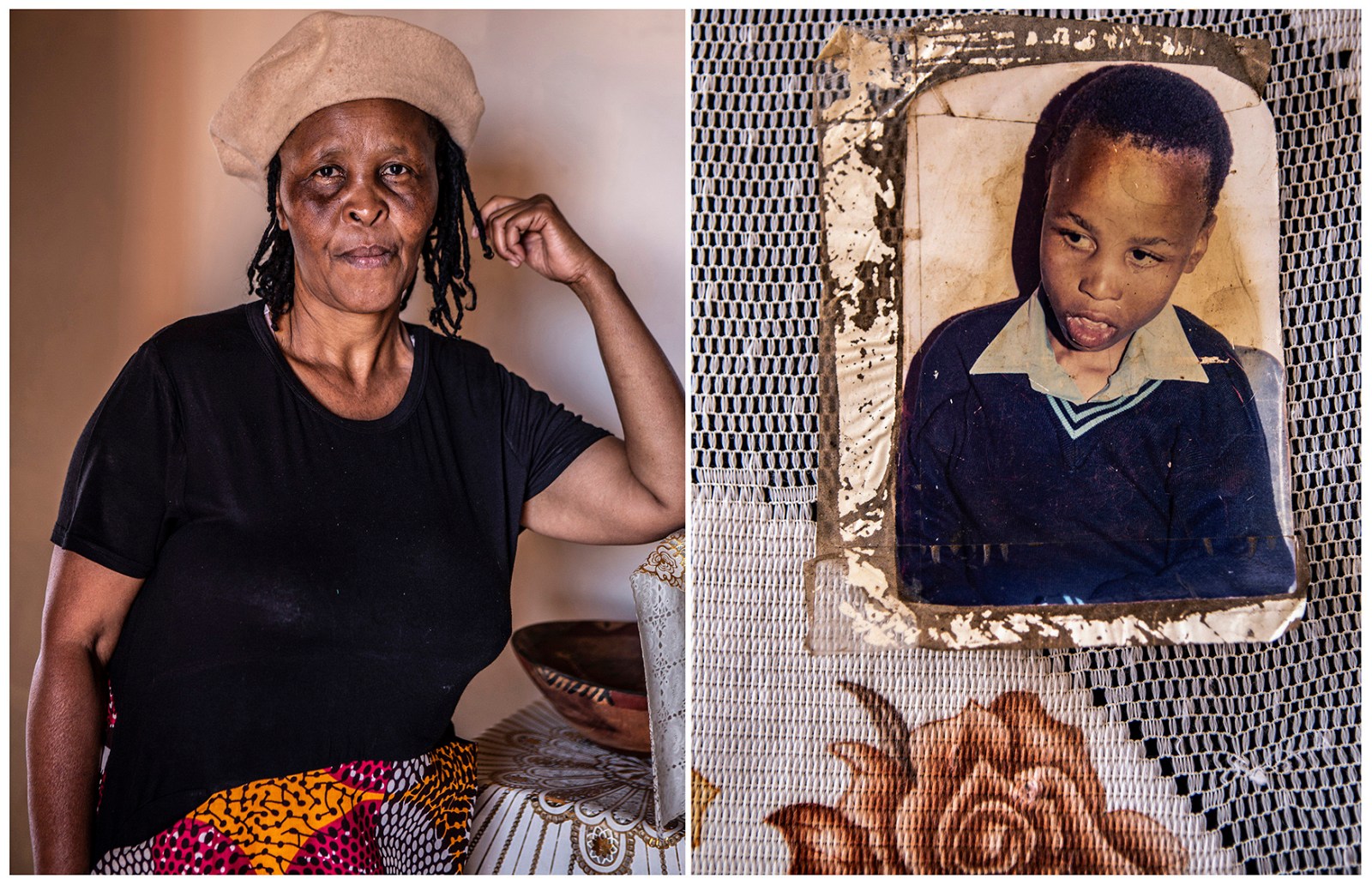 Jabu Nqgondwane and a photo of her late son Vuyo. (Photo: Mark Lewis)

The inquest into the Life Esidimeni tragedy will determine whether there can be any criminal liability for the deaths of 144 mental healthcare patients who died in the care of the South African public health system. Patients died from neglect, starvation and abuse.

The inquest is often mired in legal debate and technicalities. It can be easy to forget that it is people who are at the heart of this horrific human tragedy. Their lives and stories matter. The inquest is primarily about their pain, struggle for answers and ongoing fight for justice.

Christian Nqgondwane tells us that his late son Vuyo “was a good-looking boy”. Then he laughs: “He doesn’t look like me.”

But he and his wife Jabu become emotional when they look at a photo of their son after he was moved from Life Esidimeni in Randfontein to the Cullinan Care and Rehabilitation Centre in June 2016.

Vuyo was Jabu and Christian’s first child. Unable to take care of himself, he was admitted to Life Esidimeni in 1992. The couple tried to visit him on weekends and every Christmas they took Vuyo home for the holidays.

Initially, they were told that Vuyo had been moved to Takalani in Soweto. But when they went to visit him, he wasn’t there. They eventually found him at the Cullinan Care and Rehabilitation Centre, a considerable distance from Soweto.

On 7 February 2017, Vuyo’s parents received a call informing them that their son had died.

The Nqgondwanes borrowed R500 from a neighbour to get from Soweto to Cullinan as quickly as they could.

Staff at Cullinan told them that Vuyo had died of “aspiration pneumonia”. No one explained what that was. Later, a pathologist’s report revealed that “what appeared to be part of an orange plastic bag or plastic sheet” was found in Vuyo’s stomach.

His parents think it’s possible that Vuyo was so hungry that he had eaten the plastic.

“I am a citizen of this country. I’m born and bred here. But my heart will never be at peace with (former Gauteng health MEC) Qedani Mahlangu until she tells us why she had to do this traumatic thing to the citizens of this country.

“At Randfontein, Vuyo looked well. He was fat. Why did they take him to Cullinan to be killed?” said Christian. DM/MC