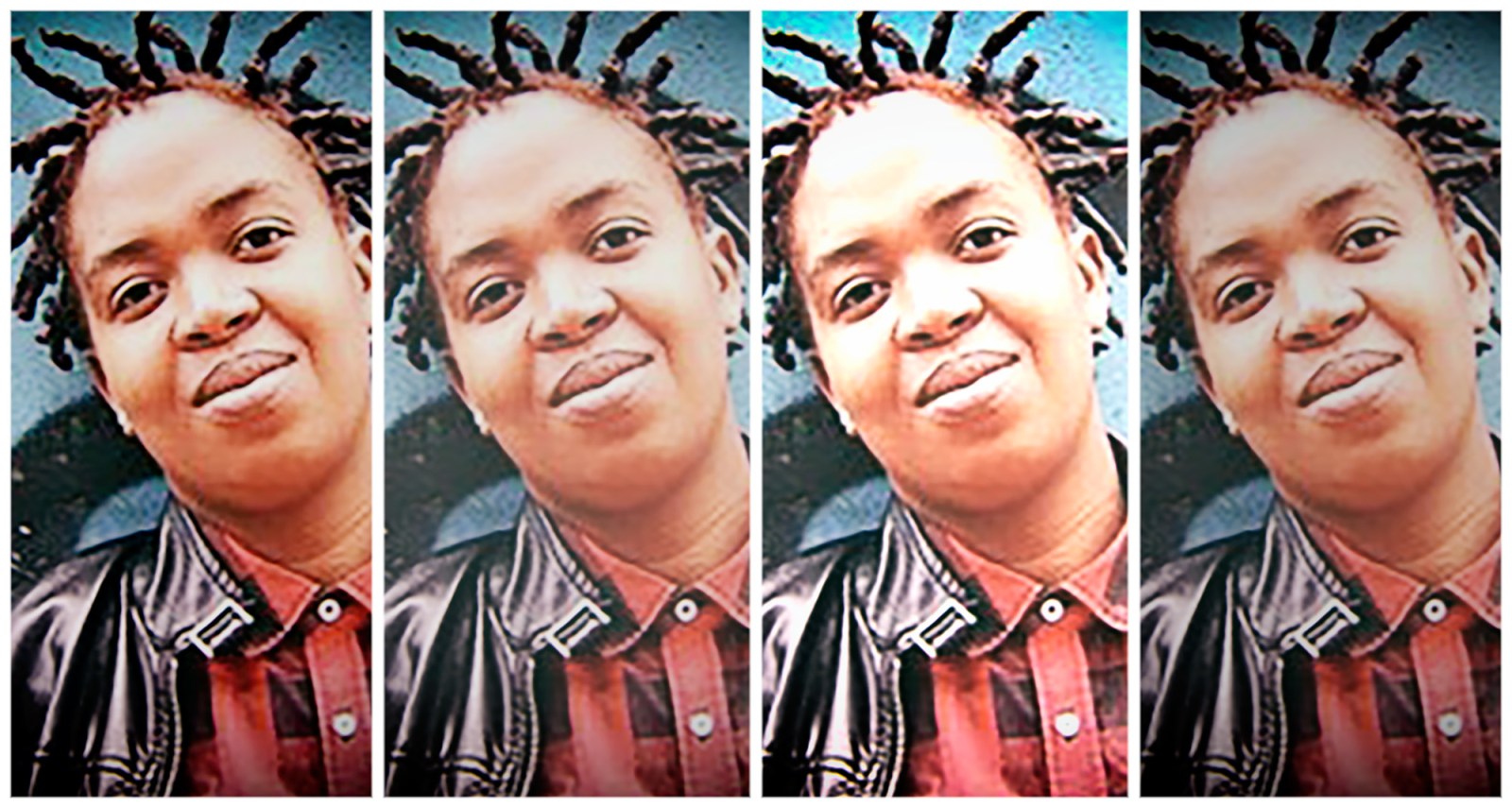 Nthabiseng Mokoena is fighting the good fight with the help of their family and spirituality. And they emphasise that theirs is not the ‘typical sad intersex story that most people have’.

Intersex and transgender activist Nthabiseng Mokoena (33) was born in Coligny, North West – “a small little one-street dorpie” mostly known “because of the sunflowers” – before moving to Kagiso, a township on Johannesburg’s West Rand.

“I owe everything I am to my mother, I always tell people. In 1987 I was born in this little town called Coligny. It was a home birth and that meant that I completely escaped the formalised public healthcare system and what it does to intersex people.”

Mokoena’s mom was told by people in their community to take the baby to a clinic because of their genital ambiguity. Their mom was referred to a hospital where surgery was suggested, “and even at that point, my mother, with the little information that she had, what she had was this innate wisdom and she said, I don’t want this”.

Mokoena says that is when they moved to an even smaller town where their mom was comfortable rearing an intersex child who she decided to rear as a girl. She was only registered at Home Affairs at the age of two. “My mom was extremely affirming to me,” Mokoena says, adding that they found comfort and reassurance from her, which is the reason they say they do not have the “typical sad intersex story that most people have”.

“I didn’t even notice there was a difference between my sister and I growing up.” They say that as they grew up they started identifying more with their masculine side and started expressing that outwardly with the clothes they chose to wear. “I feel sorry for my little sister sometimes when I think of this because what my mother did when I wanted ‘little boyish clothes’ [was that] she’d buy the ‘little boyish clothes’ for my sister and my little sister wanted Barbie clothes.”

Mokoena says that questions started to come up at puberty when their body started to take on more masculine attributes and that’s when confusion set in among the community, with people saying that “it was not in regard to my intersex status, it was in regard to my gender expression and how my body looks”.

Mokoena says they had a comfortable upbringing with a present father who worked, while their mom stayed home to look after the family and home. However, when they were in Grade 7, their father left, leaving their unemployed mother to look after the children, and this is when things changed.

“What that pushed me to do was to become an overachiever at school because in my mind academia was the only way to get out of poverty. So I was like top scholar for Grade 8 and Grade 12, president of the debating team and this team and that team, drama, arts, sports, whatever, ’cos I was like, if I can get a good CV then I will [get] into a good university.”

Mokoena was offered an Anglo American scholarship to study meteorological engineering at the University of the Witwatersrand.

While at Wits they felt they were studying something they did not like and ultimately decided to drop out in the third year. This triggered a deep depression.

During this time Mokoena turned to religion and quickly rose in the church ranks to become a charismatic Christian youth pastor. The issue of gender cropped up again, with the church expecting Mokoena to be “extremely feminine and have a heteronormative lifestyle and get a husband”. This left no other option but to leave and join Transgender and Intersex Africa, where their activism spark was ignited.

On guarding against burnout because of the personal nature of their work, Mokoena says they learnt this lesson while working at Transgender and Intersex Africa, where they were “completely visible always on TV, always in newspapers, always on radio talking about my story”.

“You know we all celebrate visibility so much, but you know, visibility is a heavy thing because you have to walk down the street as that intersex activist, that genderqueer activist, and you have to take that home with you, and if you don’t have any support then burnout is inevitable.”

Mokoena also reflects that when working in an NGO based on personal experience, it means thinking through things. For instance, if a trans person does not have a salary, they will not be able to afford things such as their hormones, “so you work harder to ensure people are always sorted within the organisation and you don’t have time for yourself”.

Mokoena says they have since realised that support within the sector is not readily available despite the fact that activists often face dangerous situations as a result of their work.

Mokoena now works at non-profit organisation The Engine Room, which “helps activists, organisations and other social change agents make the most of data and technology to increase their impact”.

Asked about the personal nature of lived experience and how it informs activism, Mokoena says: “If it’s not deeply personal then you’re not gonna last long.”

Mokoena says it is hard working to change laws and policy on intersex and transgender issues in communities and societies that do not know that people of that orientation exist. “It’s very hard for you to do the work [when you are] the person that gets put under the ‘microscope’, where people say, ‘We’ll talk about the policy later but tell me, are you a boy or a girl?’

Mokoena answered a calling to become a sangoma earlier this year, which they also credit as an integral part of their journey, “and I think it was the first time I could completely reconcile my gender expression, my intersex traits and my spirituality without any conflict, because within this realm of spirituality there are no set norms, like ‘you have to be this or that’; there is a lot of fluidity.

“At this point in my life I can… reconcile all these things without guilt and feeling a sense of I’m doing something wrong.”

Mokoena says their family is what sustains them during difficult moments, especially the love and support of their partner, and their sense of spirituality is where they draw their strength to keep fighting the good fight.

* What image is on your phone’s home screen? My family.

* What would you spend your last R100 on? Chicken Licken.

* What is the worst piece of advice you have ever taken? To get off meds… I’m bipolar!

* What do you wish you had learnt earlier in life? How to do my taxes.

* What three books changed your life? In high school, Zakes Mda’s literature saved my life. I would love to meet him one day.  DM168