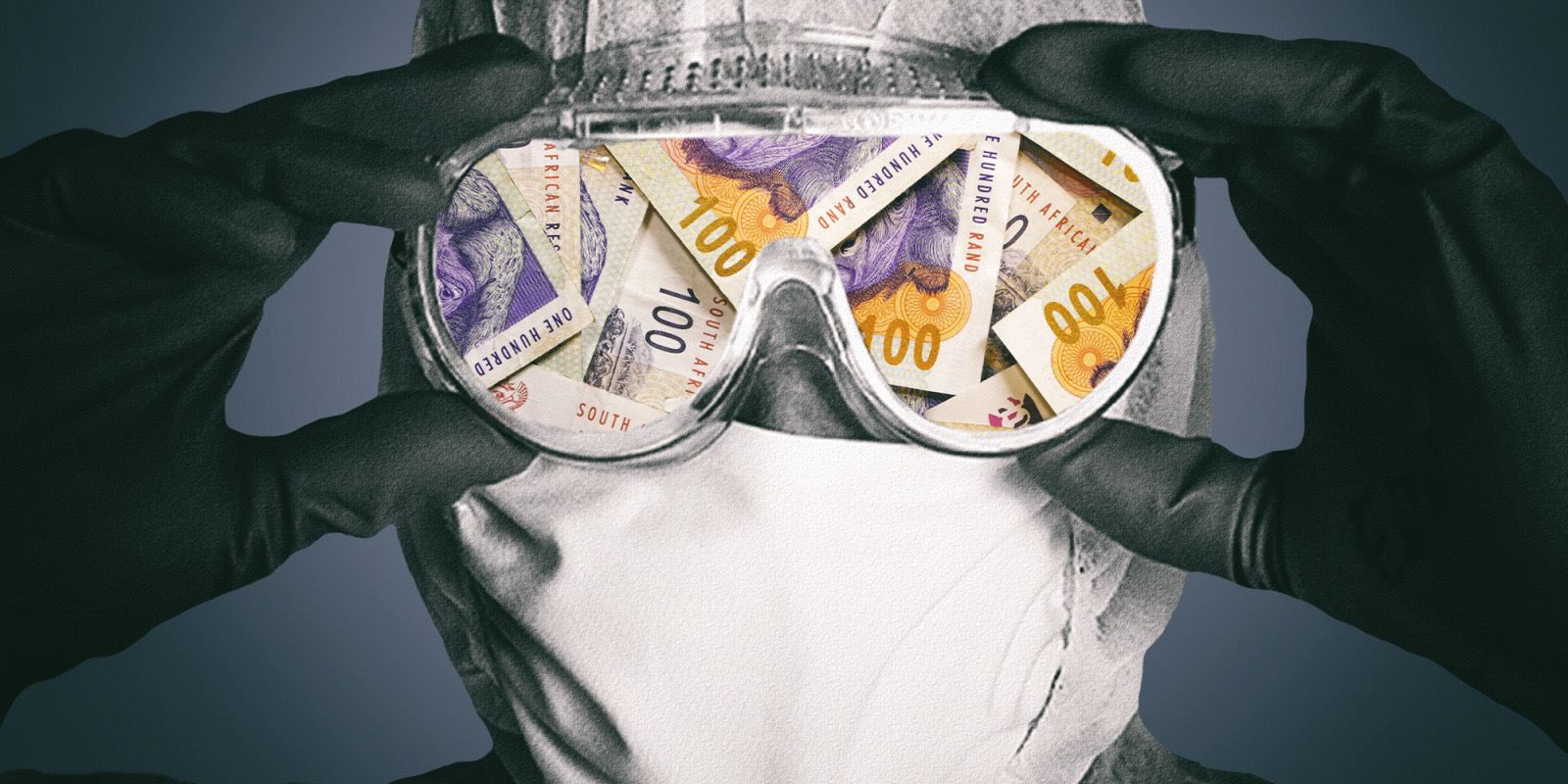 The Special Tribunal heard legal arguments on Wednesday in the review application brought by the Special Investigating Unit over the R431m spent in decontamination, disinfection, deep cleaning and sanitising contracts in Gauteng schools in 2020. In an unprecedented case, the SIU asked that more than 150 contracts be declared invalid and that the service providers who benefited from the contracts be ordered to ‘disgorge’ their profits.

The procurement irregularities under scrutiny were first exposed by Maverick Citizen in January this year and we have continued to monitor progress on the investigation and actions arising from our exposé (see here). For once, the wheels of justice seem to have moved reasonably fast and efficiently.

The case, SIU v Fikile Mpofana (pty) Ltd and 72 others, was heard before judge Lebogang Modiba, who displayed a detailed knowledge of the voluminous legal papers before her and at the very outset told the legal teams that because she had read their arguments there was no need to rehash their core contentions.

In the spirit of efficiency and expeditiousness, something that is meant to be integral to the operation of the Special Tribunal, a no-nonsense quasi court, the hearing began unusually early, at 8am.

First up was Matthew Chaskalson, SC, who acted for the Special Investigating Unit (SIU). Chaskalson was forthright, describing the contracts as constituting a “feeding frenzy of irregular procurement”, and an instance where “the procurement system had gone horribly wrong leading to a succession of illegalities”.

Chaskalson pointed out how the SIU’s investigation had revealed that fees paid to companies to deep-clean the schools, on average R250,000 a school, were “11 to 27 times higher than paid to other service providers” who had carried out the same work.

The crux of the SIU’s case is that a “deviation” in ordinary procurement regulations had been permitted by the National Treasury on account of the Covid-19 crisis and the National State of Disaster. However, the “deviation was for accredited service providers already registered on the Central Supplier Database (CSD) who were accredited to provide a particular service”, in this case, deep cleaning of schools.

In an issue that is likely to occur in future cases that may well come before the tribunal, including some other matters exposed by Maverick Citizen, such as a “feeding frenzy” that was going on in SAPS at about the same time, a significant amount of the day’s engagements between counsel for the respondent companies and Judge Modiba centred on just what is permitted under procurement deviations.

The judge, however, seemed clear: “A deviation is not a blanket licence to simply depart from all procedures”, she said. The remedy the SIU seeks, in this case, is located in s 172 of the Constitution: the duty of a court in a constitutional matter to declare conduct that is inconsistent with the Constitution invalid and then to make an order that is “just and equitable”.

In the SIU’s eyes, this means that all 180 deep-cleaning contracts be declared invalid and that the profits the companies made from the work be “disgorged” and returned to the state; a “no-profit principle” that Chaskalson argued the Constitutional Court has elucidated in the high-profile case over the legality of the tender granted to Cash Paymaster Services to administer social grants (known to lawyers as All Pay).

What this means in practice is that while the companies may retain their actual costs of doing the work (if they did it at all), they may keep none of their profits. Should there be any dispute about the amounts of profit, it was agreed that this would have to be decided by the Special Tribunal.

The SIU’s review application was vociferously opposed by several teams of lawyers acting for different groups of respondents. In a fest of legal technicality and interpretation their arguments varied:

After a brisk morning of legal fire and counter-fire, just before midday judge Modiba adjourned the court and judgment was reserved.

For an ear untutored in procurement law, Constitutional Court jurisprudence, Gijima versus Allpay, the debates about deviations and disgorgements might have sounded a far remove from the simple matter of how a financially stretched education department came to spend R431-million on contracts for cleaning schools, in a manner that was not even recommended by guidelines at the time. However, the judgment, when it comes, will be important. DM/MC