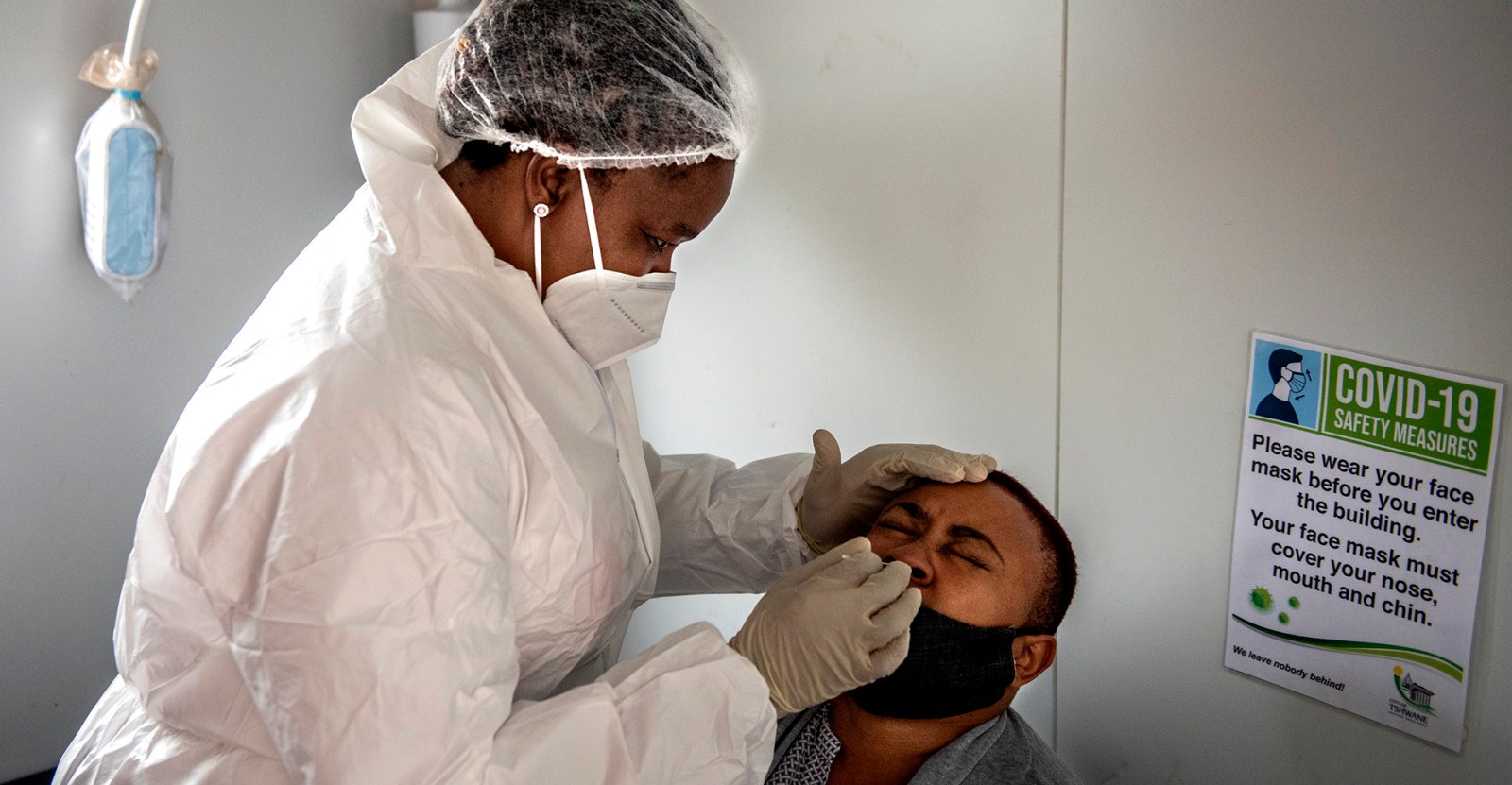 A spike in the number of positive coronavirus cases has been noted in SA over the past few days with more than 1,000 cases reported between Tuesday and Wednesday, but the Department of Health said it was incorporating data from rapid antigen tests and this may give a false indication.

On Wednesday 1,275 people nationally tested positive for coronavirus infections, with the positivity rate once again edging closer to the 5% barrier that indicates all is not under control, according to the National Institute for Communicable Diseases (NICD).

The Department of Health, however, had a different number, 868, in its social media posts, but the same number, 1,275, in its graphics.

The latest surveillance report from the genomic sequencing team also indicated that none of the new variants – Lambda, Mu and Delta AY.4.2 – had yet been detected in South Africa but, that a clade (a grouping that includes a common ancestor) of the Delta variant, known as Delta 2iJ, was currently dominant in South Africa and globally.

The majority of new cases identified were from Gauteng (80%), where 1,081 people tested positive for the coronavirus, followed by the Western Cape (5%), and 3% in KwaZulu-Natal and North West. Eastern Cape, Limpopo, and Mpumalanga each accounted for 2%, and the Free State and Northern Cape each accounted for 1%.

Health spokesperson Foster Mohale said the health department had added the results of rapid antigen tests to its Covid-19 statistics with effect from Tuesday.

Testing for SARS-CoV-2 in South Africa is based on the gold standard of a laboratory-confirmed PCR test. Initially, all Covid-19 positive cases were diagnosed through this method.

In October 2020, rapid antigen tests were approved by the South African Health Products Regulatory Authority and have been increasingly used by healthcare professionals to diagnose Covid-19 as they provide results within 15 -20 minutes of testing.

The country’s Covid-19 surveillance data are premised on capturing laboratory-confirmed case data of both the PCR and rapid Covid-19 antigen tests.

“Through ongoing efforts to ensure the best available surveillance data for decision-making, the department is aware of a number of Covid-19 antigen tests from various sources that have not been incorporated into the laboratory information system,” Mohale said.

He added that as of 8 November the department had identified approximately 75,000 antigen tests that needed to be captured into the database, of which 20,813 were diagnosed as positive for SARS-CoV-2.

“It is important to note that the retrospective incorporation of these positive cases into the surveillance data will have no impact on case management and follow-up as the patient is immediately informed of a positive test result.”

Mohale said the results of 22 November would be skewed by the incorporation of the tests.

“As we report test data and case numbers for the past 24 hours through our outbreak reporting system, we will observe an increase in a single day, which will create a distortion of the seven-day moving average and an unusual spike on the reporting epidemic curve.”

The latest wastewater surveillance reports also identified an increase in coronavirus cases in Gauteng, with two and three consecutive increases in levels of the virus picked up in wastewater in the Tshwane district where it was tested at Daspoort (Pretoria central) and Rooiwal (Pretoria North). Levels are still low.

Between Monday and Tuesday the Eastern Cape saw a huge increase in positive cases – from 146 to 495 in 24 hours.

The Department of Health in the Western Cape has indicated that positive antigen tests are now being incorporated in the database of positive cases and that the current numbers may include old cases that have already been managed clinically. The province currently has 746 active cases.

Between Tuesday and Wednesday, another 53 people were hospitalised nationally for the virus and 51 new deaths were reported. DM/MC