Clinging to power: ANC scrapes through in eThekwini — Mxolisi Kaunda stays on as mayor 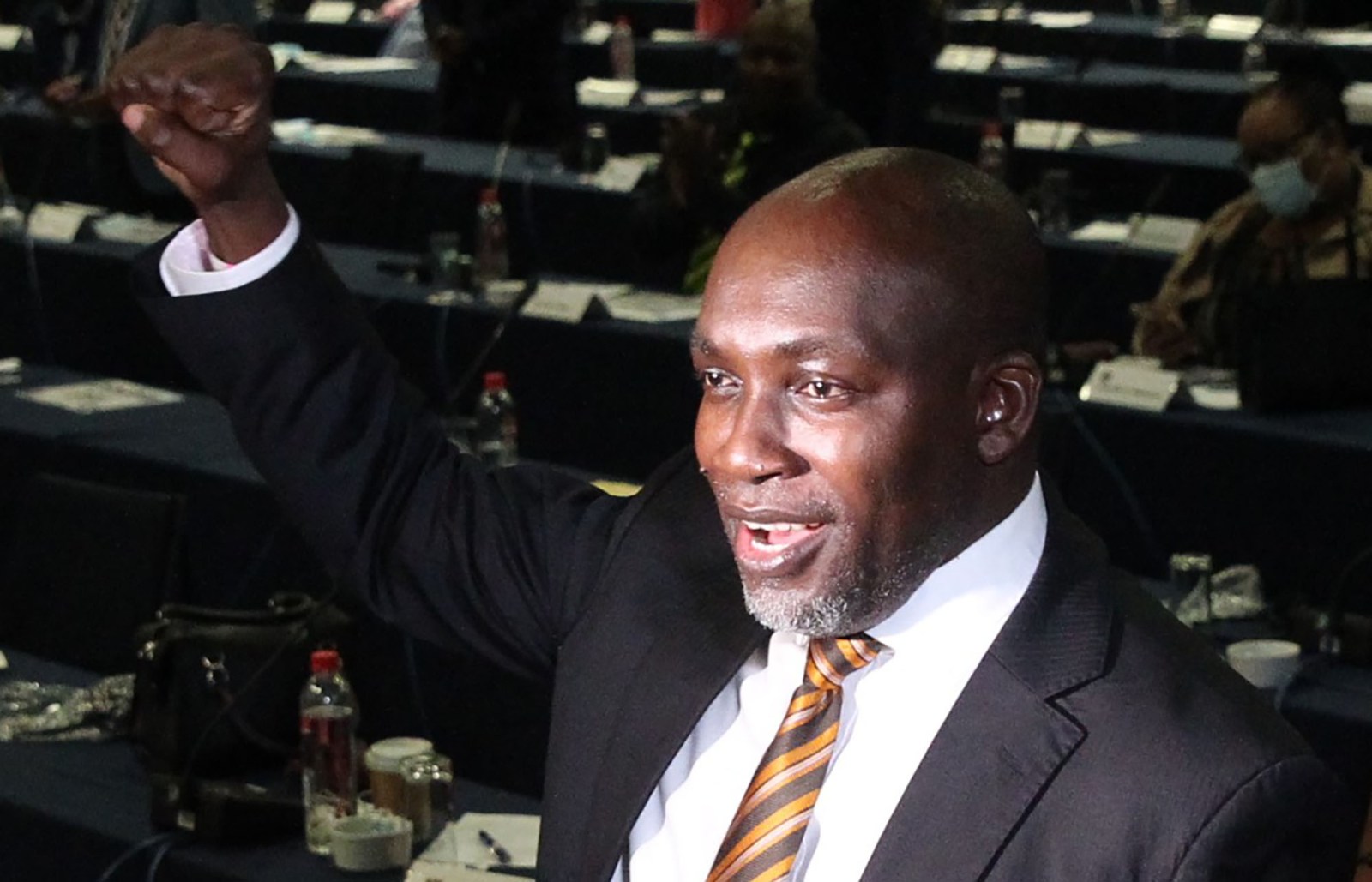 Incumbent eThekwini Mayor Mxolisi Kaunda ended up being voted in as mayor with 113 votes to the 104 achieved by the Democratic Alliance eThekwini caucus leader, Nicole Graham. Two votes were spoilt.

The ANC in the eThekwini Municipality used a recent amendment to the Municipal Structures Amendment Act to bolster its chances of victory in the metro’s mayoral vote on Wednesday, following a heated full council sitting at the Durban International Convention Centre that at one stage looked as if it was about to descend into the same level of chaos that Monday’s attempt at voting in top positions had.

The amendment was signed by President Cyril Ramaphosa on 1 June and came into effect on 1 November. It allows a political party to nominate “a councillor from another political party or political interest to one or more of its allocated seats” on to the council’s executive committee.

This had not been allowed before, with parties only able to fill these seats from within their own party lists.

Before the ANC even started its victory celebrations though, DA KZN chairperson Dean Macpherson told the media that the governing party had been calling in its eThekwini “tenderpreneurs” to collect money that would be used to bribe voters. Macpherson said he had heard this from “one and two” councillor parties.

Incumbent Mxolisi Kaunda ended up being voted in with 113 votes to the 104 achieved by the Democratic Alliance eThekwini caucus leader, Nicole Graham. Two votes were spoilt.

At Wednesday’s sitting, ANC councillor Ntokozo Sibiya, who was elected to the executive committee at Monday’s failed sitting, submitted what looked like a handwritten resignation letter on a piece of A5 notepaper. Sibiya’s Exco position was subsequently filled by Philani Mavundla, president of the Abantu Batho Congress (ABC), which had two seats in eThekwini, but took 23 seats in 13 KZN municipalities following the 1 November local government election.

Mavundla is a prominent, and rich, businessman in the KZN and eThekwini construction sector and the recipient of numerous lucrative state tenders. He is a former ANC mayor of Greytown, where he made headlines for working salary-free and driving his own car. He was also a member of the National Freedom Party, with the ABC being a breakaway of that party.

He was once an unapologetic supporter of former president Jacob Zuma. It was Mavundla who sought support to pay for the upgrades to Zuma’s Nkandla homestead following a report by former Public Protector Thuli Madonsela which found that Zuma and his family had unduly benefited from the taxpayer-funded upgrades.

On Monday, Mavundla was adamant that he would vote against the ANC’s Kaunda as mayor and would lobby other smaller parties to do so. Graham has said on Twitter that Mavundla wanted an Exco seat in exchange for his support, but the DA refused.

Macpherson told Newzroom Afrika that Mavundla had, just hours earlier on Wednesday, been sitting with him and, during a “cordial conversation” had pledged his support for Graham.

Graham initially challenged the ANC’s Exco seat “donation” during Wednesday’s meeting, claiming it was illegal, but was informed by the city’s new Speaker, Thabani Nyawose (ANC), aided by the city’s legal head Malusi Mhlongo, of the recent change to the act.

However, it is possible that the way the process was handled could end up in court, with the IFP caucus head, Mduduzi Nkosi, suggesting this when the use of the act was approved by the legal head.

Mavundla and Nkosi were the only two nominations for the deputy mayor seat on Wednesday night. Mavundla won with 113 votes to Nkosi’s 104. Two votes were again spoilt.

eThekwini Metro has an executive committee system as opposed to an executive mayor system, such as those found in metros such as Johannesburg and Tshwane.

In an executive committee system, the committee is made up of the dominant political parties represented in council, of which the mayor is the chairperson.

With regard to an executive mayor, the mayor elects the executive committee. In both systems, the mayor is still elected from the council floor.

The amendment could indicate that the national government may have strategically pushed it through to benefit the governing party precisely in a situation such as eThekwini found itself in on Wednesday.

On Monday, the council meeting descended into chaos at a marquee pitched at Moses Mabhida stadium as ANC members in party attire overturned chairs and tables in a bid to stop Graham or Nkosi from possibly being voted in as the city’s new mayor and deputy mayor.

The IFP and ANC had both accused each other of reneging on a “working agreement” that was supposed to ensure that the parties would not contest against each other in areas where they had the majority seats, and would rather act as opposition.

IFP President Velenkosini Hlabisa has said that the deal fell through in the early hours of Monday morning.

This led to the IFP in eThekwini, along with the EFF, ActionSA, ACDP and FF Plus throwing their weight in with the DA to support Graham. The rest of the smaller parties supported the ANC.

eThekwini’s Exco now consists of four ANC seats, three for the DA, one each for the IFP and EFF, and one “donated” seat from the ANC to the ABC.