Engendered prejudice: Women lead in the voter line up, but are still under-represented in local government 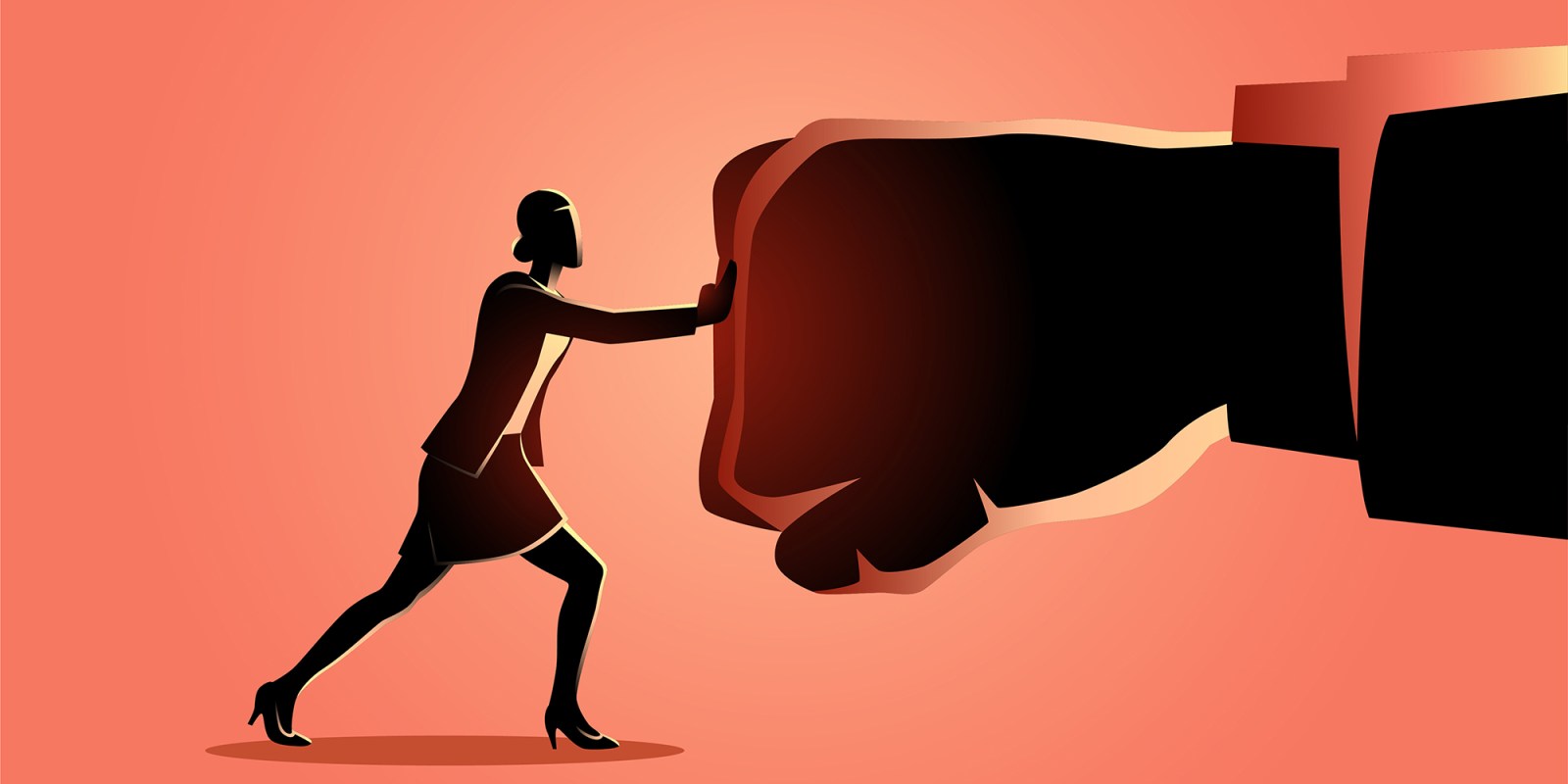 Turning the lens on gender in the local government elections, an analysis of elected candidates shows that the only space where women led was in voter registration numbers. The Independent Electoral Commission has revealed that while more women than men registered to vote in every province, female councillors only made up 37% of elected councillors.

Despite moves to achieve 50/50 gender representation in local government, women continue to be underrepresented, particularly as ward councillors.

These measures include the 2008 SADC Protocol on Gender and Development – which committed member states to put measures in place to bring about 50% representation for women in decision-making positions by 2015 – and legislation such as the Municipal Structures Act – which states that every party must seek to ensure that 50% of the candidates in the party are women and that women and men candidates are evenly distributed throughout the list.

Most women in municipal councils elected as proportional representative (PR) councillors are elected by their political parties to serve on a municipal council, rather than voted for by residents.

According to the IEC,  63% of councillors who won seats in the 2021 local elections were men, compared with 37% women.

Women’s participation in government is important to ensure their issues are addressed. Postdoctoral researcher at the Dullah Omar Institute, Dr Michelle Maziwisa, wrote that “although having women elected into local government is not in itself a guarantee that the elected women will advance women’s issues, not having gender-balanced local governments creates a democratic deficit”.

In a recent interview, Maziwisa explained that local government has the authority to administer functions and make laws or bylaws (in the case of local councils), and some of the areas in which it has competency are especially important for women, such as childcare, electricity reticulation and water and sanitation.

“The way that women experience access to those particular services is quite different to how men experience them. If you don’t have women represented on municipal councils, then some of those issues may not necessarily make it to the table for discussion.”

Councillor Helen Jacobs, who was elected for a second term in Ward 56 (Kensington and Maitland in Cape Town), says the implications of policies for people at grassroots level are often not taken into account because men dominate policy- and decision-making positions.

“They don’t see the real hurt and pain that people go through because it is mostly women who get affected,” she says. “For example, when the water is cut, a man will tell a woman, ‘go see that we have water’, and that is why I would like female councillors to start interacting more, so that we can get through to our male counterparts and have more input into these things. If we are part of policymaking we can make the necessary changes.”

Fiona Abrahams, a PR councillor in the Western Cape, says she has seen similar problems while serving on the finance portfolio.

“I hear the arguments and can see that the implications of policies for women are not understood. In the finance portfolio it’s just about raising revenue, with no thought of the actual consequences. So, when we implement the debt management policy, as an example, [it means] that when you don’t pay your water, it is deducted from your [prepaid] electricity [purchases]. They don’t have an idea that there will be an old auntie with only R50, and that when the debt is deducted, she will still sit with hardly anything. She will again be in a position where she doesn’t have electricity. Those things are not taken into consideration.”

Jacobs says there are many prejudices about the abilities of women ward councillors.

“There is that stigma that if you are a woman, you are not going to do that well. To them, males do it better and women can’t do it as well as [men] can, so we have to prove ourselves, which often means working much harder than men. The advantage I had was that I was brought in by a male. The community accepted me much easier because the previous [male] councillor groomed me, took me under his wing and pushed me through.”

Abrahams, who was a ward candidate in the 2021 local government elections but was unsuccessful, says she doesn’t think residents realise the importance of having women as ward councillors.

“What I see is that they still value the input of males over females. I see it in community meetings. Your grandmother will still listen to the male. They will take whatever males say very serious[ly], but when a female says it, it is taken very lightly. I don’t know how we’re going to change it but that is what I’ve experienced in the public meetings we’ve had. So, we still have a long way when it comes to mindset.”

Jacobs and Abrahams say that even when a woman does become a councillor there are still barriers to participation within government and to progression in the political space.

“Where I find difficulty is when it comes to electing positions,” says Jacobs. “That’s where the discrimination comes in.” Often the people who decide on these positions are all men. “I really think that we as women need to look at this and how we can get more females into positions where we can start taking initiative into policymaking.”

Abrahams says she was once told by a colleague that “we can’t trust you women to lead us, you’re too emotional”.

“We had a big argument about that. But you can see that men still dominate. The most dominant positions, the executive positions, still belong to males, and that is why I say that women are still being discriminated against. I think that if we had women in those positions, they would think further regarding consequences [of policies] for people on the ground.”

Jacobs says she too was told that women are too emotional. “But remember, policymaking is not necessarily emotionless. You need to have emotions because you need to understand where the people you are making the policies for come from.”

About the importance of 50/50 representation, Maziwisa said the numbers matter.

“Women are not one homogenous group, [but] are all different with different life experiences. That’s why it’s not enough to have one or two women; we need to have more women represented so that the different types of experiences of women actually make it into council and into decision-making roles, so that it could be truly representative of the people and therefore achieve more effective democracy.” DM

ParlyBeat is published by the Womxn and Democracy Initiative, in collaboration with ParlyWatch, but is editorially independent.