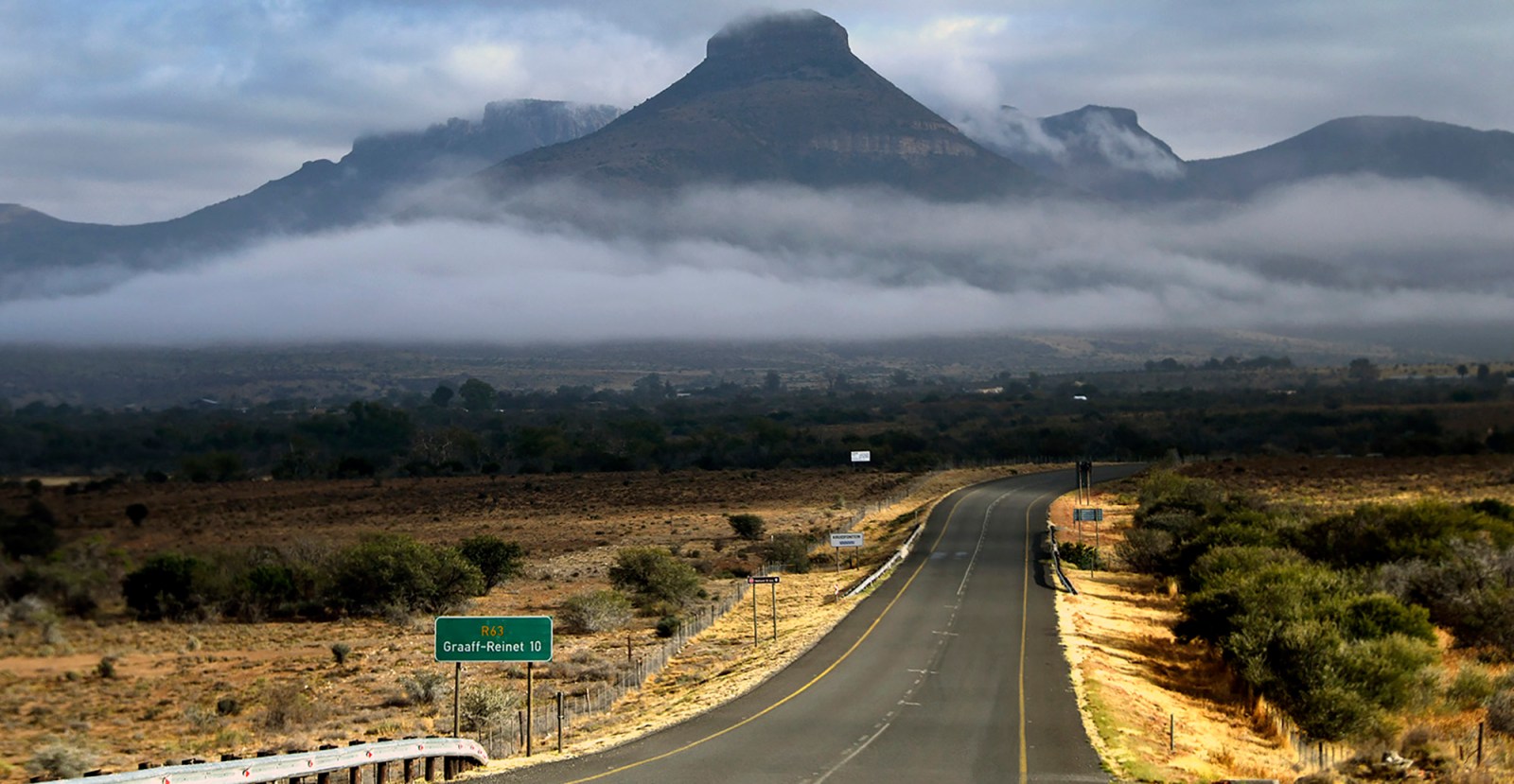 The road to Graaff-Reinet in the Eastern Cape. A coalition agreement has put a DA mayor in charge of the Dr Beyers Naude Local Municipality. (Photo: Theo Jephta)

A coalition agreement has seen power in the Dr Beyers Naude Local Municipality shift to the Democratic Alliance which, with three coalition partners, voted in Ewald Loock as mayor.

Former Willowmore mayor Ewald Loock was elected as the mayor of the Dr Beyers Naude Local Municipality, seated in Graaff-Reinet, by 13 votes to 11 on Tuesday during the inaugural sitting of the new council.

Loock was mayor of the Baviaans Municipality previously, as was his ANC opponent Deon de Vos, before the municipality became part of the Dr Beyers Naude Local Municipality.

The ANC won 11 seats in council, the Democratic Alliance 10. The remainder was won by the Compatriots of South Africa (CSA), the Freedom Front Plus (FF+) and the EFF.

It is understood that a coalition agreement between the CSA, the FF+ and the DA came together with less than an hour to spare before the meeting.

Plans for a coalition between the ANC and the CSA fell apart on Monday night when the ANC insisted that Eunice Kekana, the former mayor of the Sarah Baartman District Municipality, should get the job of Speaker.

The CSA’s Laughton Hoffman was elected as Speaker, nominated by the DA.

Loock inherits a deeply troubled and financially unstable municipality from his predecessor.

Like many Eastern Cape towns in the Dr Beyers Naude Local Municipality, Graaff-Reinet — the jewel of the Karoo — Aberdeen, Jansenville, Nieu-Bethesda, Steytlerville and Willowmore have been in the grip of a devastating drought for the past seven years.

Two of the Eastern Cape’s poorest communities, Rietbron and Klipplaat, fall under this municipality.

The severely cash-strapped municipality had defaulted on an undertaking to pay pension fund contributions for its workers by 15 December 2020, but has since made payments to settle outstanding amounts.

It still owes R16.4-million in pension contributions for its workers and is paying off millions of rands in debt to Eskom.

In the 2019/2020 report by the Auditor-General, the municipality managed to improve its audit rating after three consecutive qualified audits.

In his last appearance before the standing committee on Cooperative Governance, De Vos mostly blamed the municipal woes on what was called a “failed amalgamation” of the Ikwezi, Baviaans and Camdeboo local municipalities without adequate financial support, coupled with inherited debt and irregular expenditure.

In its latest report to Parliament’s Standing Committee on Cooperative Governance, the municipality said it had struggled to set aside money for service delivery.

While campaigning, Loock promised to restore the financial viability of the municipality.

“Secondly, we will have to restore the towns of the municipality to their former glory and return their identities.”

Loock said that centralising municipal functions had deprived many Karoo towns of their unique characters. DM/MC