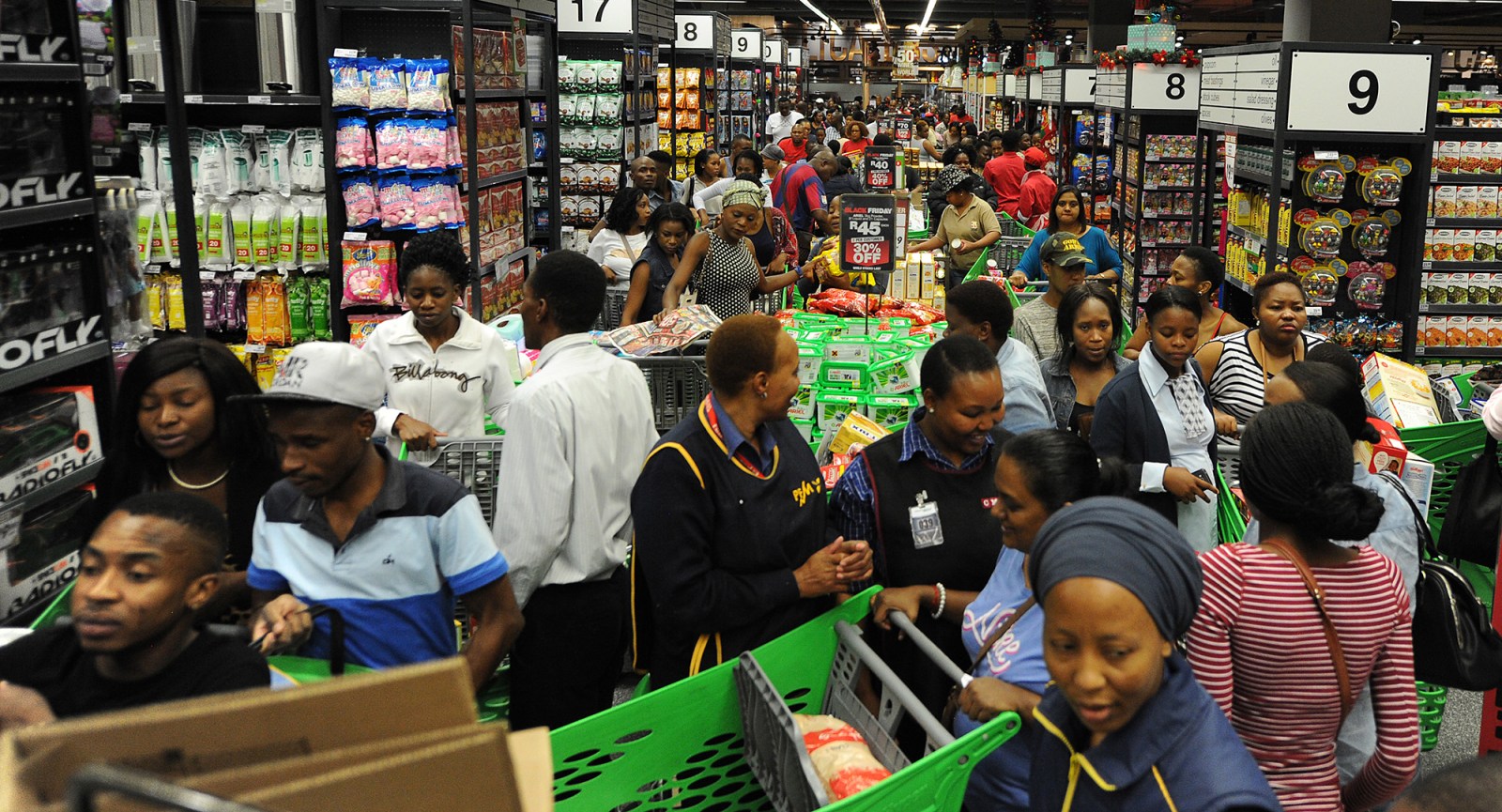 Shoppers rush in to get the Black Friday special deals at the Mall of Africa on 25 November 2016 in Midrand, South Africa. (Photo: Gallo Images / Beeld / Felix Dlangamandla)

Shoppers hold the key to ensuring that South Africa ends 2021 on a high note, with a GDP growth rate of more than 5% firmly on the cards.

History confirms the tradition of applying the adjective “black” to days or months associated with calamities. One example was the October 1993 fascist-communist armed rebellion in Moscow (an attempt to prevent President Boris Yeltsin’s historic economic political and economic reforms).

Another well-known reference to the term Black October was the 1929 stock market crash in the US, which morphed into the Great Depression and was caused, inter alia, by rampant equity market speculation, especially by investors who had bought stocks on margin with borrowed funds.

Black Friday does not follow this tradition. It is a colloquial term for the Friday following Thanksgiving in the US, when a majority of retailers offer highly promoted sales at discounted prices and are often open during extended business hours.

Literally, the term seems derisive, but merchants in the US have offered a more respectful explanation: traditionally, many retailers regularly experienced losses during January to October, which were recorded in red ink in ledgers (standard accounting practice several decades ago). In contrast, Black Friday marked the start of a period lasting until Christmas when most retailers would be “in the black”, representing profit.

According to retail sales data, Black Friday has been the busiest shopping day of the year in the US for at least the past 16 years and many other countries around the globe have started to follow this tradition, including South Africa. 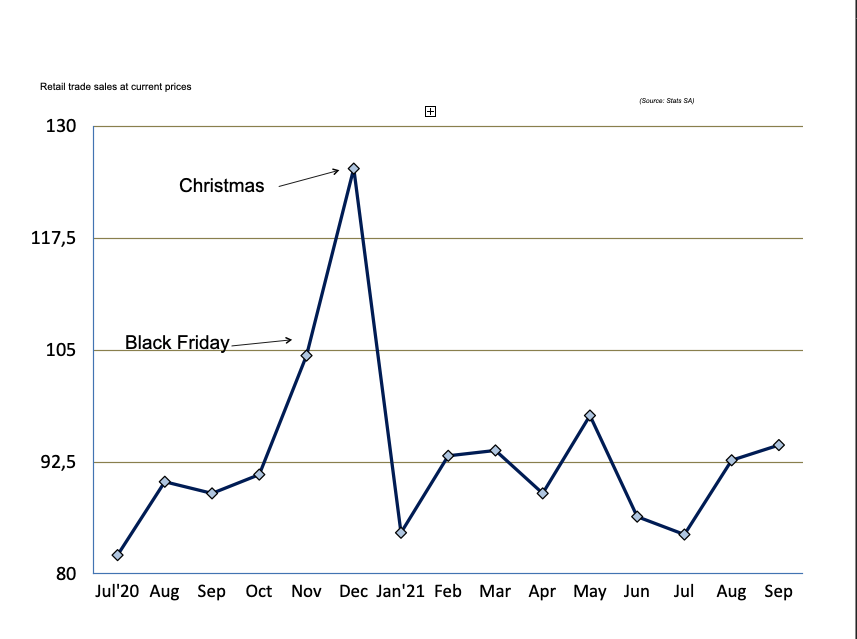 As a result, the traditional retail sales spike that occurs every year in December (on the back of Christmas bonuses and holiday spending) is now less pronounced, due to an initial spike in November. It is usually augmented by the development of another major day of sales promotions referred to as Cyber Monday, which occurs on the Monday after Black Friday, a phenomenon that started in the US in 2005.

Cyber Monday is a marketing term for the online equivalent to Black Friday and has evolved into an international trend used by online retailers around the world. Last year, Cyber Monday netted $10.7-billion in online retail spending in the US, an increase of 260% over the figure recorded in 2015.

Many retailers use the opportunity to clear old inventory ahead of the introduction of newer stock in time for the Christmas shopping period, when discounts are seldom on offer and margins have improved. Spreading key shopping days over three days (Black Friday, Cyber Monday and Christmas), frees up capacity for retailers to manage inventory levels.

Lesser known brands can also benefit from Black Friday via incremental sales and also when the popular brands are temporarily sold out. As a result of continued global supply chain disruption, the latter aspect is especially relevant in 2021, as it will provide customers with more opportunities to become acquainted with alternative brands.

Shoppers hold the key to ensuring that South Africa ends 2021 on a high note, with a GDP growth rate of more than 5% firmly on the cards.

The solid recovery of retail trade sales since the July unrest in KwaZulu-Natal and Gauteng provide an early indication that record sales will be realised in November and December. Total retail sales in September had recovered by more than 9% over the July figure and by 6% over the same month last year.

The September retail sales value of R94.4-billion was also 5.5% higher than in September 2019 (prior to Covid). General dealers continue to be the mainstay of the retail sector, accounting for close to 50% of total sales.

An encouraging feature of the September data is the strong recovery of the subsectors for specialised food and beverages, and textiles and clothing – a clear signal that household disposable income levels are on the road to full recovery from the pandemic. DM/BM