The ANC must cleanse itself and reimagine Mandela’s vision of non-racialism, inclusion and democracy 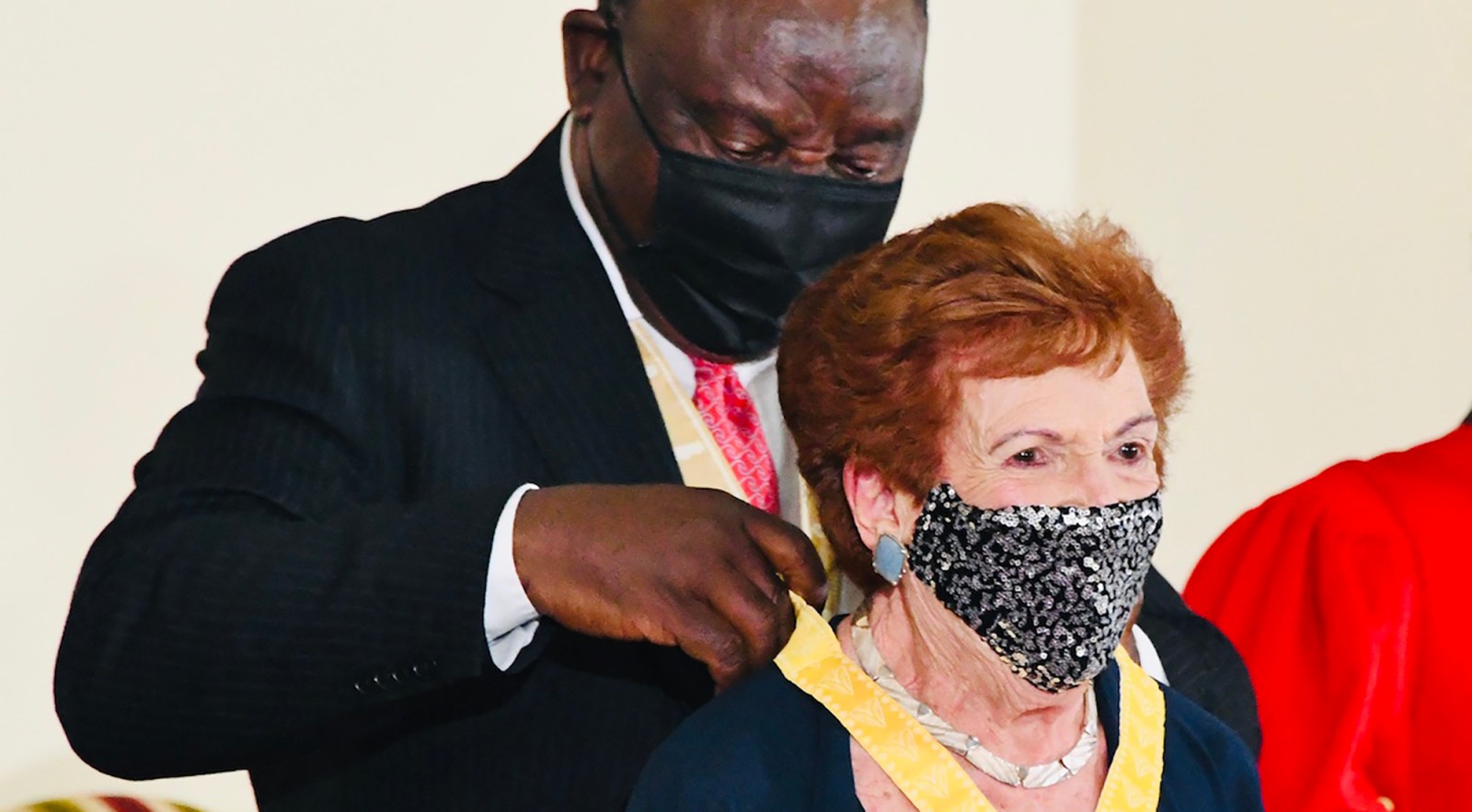 This is a statement by Dr and Mrs Max and Audrey Coleman after being awarded the Order of Luthuli, Silver, from his excellency President Cyril Ramaphosa on 18 November 2021.

It is with humility that we accepted the Award of the Order of Luthuli, Silver, from President Cyril Ramaphosa. It is an honour and privilege to be recognised along with the eminent previous recipients.

The victims of apartheid repression in the 1980s are top of our minds today. We should never forget their suffering, brutalisation, detention, torture, and yes, assassination. The path to our democracy was bloody and painful and left a generation traumatised. Indeed, a legacy of pain and violence was bequeathed to the majority of South Africans that still lives with us.

The freedoms South Africans fought for are not the freedoms enjoyed today. Instead, unemployment, poverty, racism, inequality and violence are alive and well. The freedoms Nelson Mandela and the ANC so bravely fought for, the vision of egalitarian, non-racial democracy, is today but a flickering glimmer of the light that shone brightly on 27 April 1994.

State Capture and thuggery have corrupted not only the state, but the minds and soul of the ANC. They have attempted to steal the freedom, vision and hopes of the nation. They cannot be allowed to succeed.

The ANC must rid itself of corrupt elements, the democratic state must be restored to its historic duty to put South Africans first. To awaken the spirit of “ubuntu”, to reimagine the Mandela-led movement for non-racialism, inclusion and democracy.

At the centre must be the destitute, those who cannot defend themselves, the marginalised communities, landless, penniless, hopeless. We now look to them, and urge South Africans to fight with and for them. Once it was the apartheid killing machine that trod on the rights of South Africans. Now it is a heartless, corrupt machinery within society that eats at our freedoms. It must be brought to its knees – by a judicial system that ruthlessly hunts down, prosecutes and imprisons the perpetrators of corruption, who abuse political office for personal gain, who allow mediocrity and incompetence when the nation cries out for, indeed expects, excellence from public servants.

We back President Cyril Ramaphosa’s efforts to cleanse the ANC. We back his efforts to modernise the state. But we also urge him to do more.

To mobilise the state’s resources in support of those living in poverty, to give the unemployed hope, fix broken communities, rid them of gangsters and criminals, fix the schools and hospitals, and get the economy growing in a way that benefits all South Africans.

Yesterday, we fought for freedom from oppression. Today, we urge, for the benefit of future generations, that South Africa unites behind a common programme of economic reconstruction, social renewal and non-racialism. We call on all patriots to defend democracy and development.

It is to the future generations we now look. We hope, and believe, that the Coleman grandchildren will be part of this future. We hope, too, that all South Africans will embrace this future which so many died and struggled for. DM