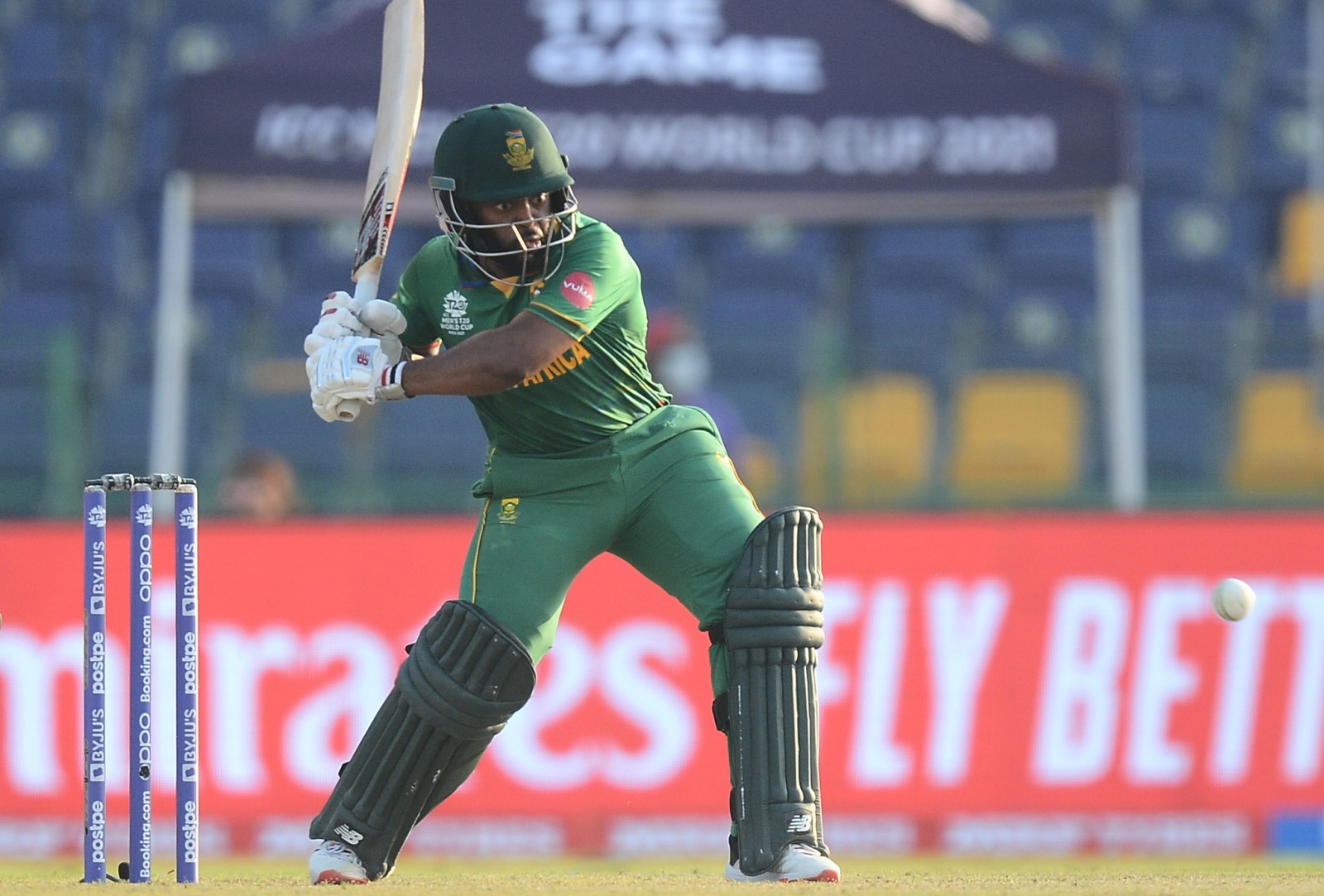 While Australian cricket fans celebrate their team’s triumph at the 2021 ICC Men’s T20 World Cup, the tournament’s results have sparked a debate over whether the team that bats second has a potentially match-winning advantage before a ball is even bowled.

Some critics have gone as far as to suggest teams can “win on a coin toss” when deciding which side will bat first.

There are a range of suggested advantages to batting second, particularly in shorter forms of cricket. Perhaps chief among them is knowing exactly what score will win the game, and being able to plan the innings accordingly.

As the afternoon or evening progresses, dew can also form on the ground, making it harder for bowlers to grip the ball and for fielders to retrieve it, and easier for batters to hit balls that “skid onto the bat” rather than changing direction.

But what do the stats actually say? Does the coin toss really confer a crucial advantage? Let’s have a look at the numbers.

The first question to ask is whether the pattern of results seen during the World Cup could have arisen purely by chance. We do this by using statistical tests to calculate the p-value, which tells us the probability of obtaining 29 or more “batting second” wins out of 45 matches if the true winning chance were 50-50.

In this case, we arrive at a p-value of around 0.04, or 4%. This probability is reasonably small, suggesting there is indeed some evidence that batting second was beneficial at this World Cup, and that the pattern of results may not have arisen by chance.

But given our data set contains only 45 matches, our test does not have much statistical power, which means this evidence is far from overwhelming. In other words, there is a non-negligible probability (4%) that this pattern of results arose by chance, and that batting second doesn’t confer a crucial advantage after all. 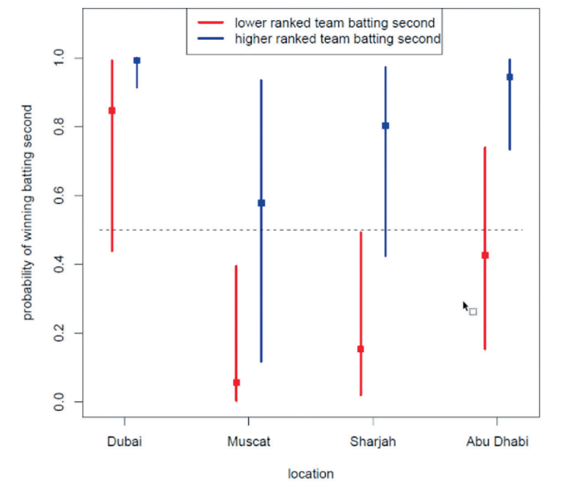 What’s more, looking at the overall results in this way fails to consider other factors that could influence the outcome, such as the specific pitch, the time of the day at which the game was played, and the relative strength of the teams.

To examine this in more detail, I created a statistical model to examine how these factors affected the probability of winning when batting second in these 45 matches.

Matches at the 2021 World Cup were played at four different venues, and at two different times of day (afternoon and evening). I also factored in the teams’ ICC T20 rankings as a measure of the difference in overall quality between the two teams in any given match.

My analysis found that the timing of the match did not statistically influence the winning probability of the team batting second. In other words, the advantage of batting first or second did not depend on whether the match was staged during the afternoon or the evening.

That leaves two variables that could conceivably influence the situation: the venue hosting the match, and whether the team batting second has a higher or lower ranking than its opponent.

Because there are just a handful of matches in each category, we can strengthen our statistical analysis using a concept called the “95% confidence interval”.

Rather than generating only a single probability estimate, we can also calculate an upper and lower limit to our estimate, between which we can be 95% confident that the true probability is found.

But there is a lot of uncertainty in this estimate, with a 95% interval that still includes 0.5 (which represents random chance).

Although the Abu Dhabi pitch also seemed to slightly favour teams batting second, my analysis reveals it was the results from Dubai that skewed the overall results.

This suggests the specific conditions in Dubai may be better suited to batting second. But it’s also possible the Dubai results were just a statistical anomaly.

The analysis revealed some evidence that it was beneficial to bat second in this World Cup, but this is likely to depend greatly on the conditions.

If we assume a match is played on a randomly selected pitch from the four venues used, and there is a 50% chance the higher-ranked team bats second, my model estimates the probability of winning when batting second is around 0.6, with a 95% confidence interval of 0.48 to 0.71.

So there is a likely benefit to batting second, but it’s far from a foregone conclusion.

My analysis only included data from the 2021 World Cup, but T20 cricket is played in all kinds of conditions all over the world. A more rigorous analysis would include data from many tournaments, and consider more information such as the winning margin, the size of the difference between the teams’ rankings, their recent form, weather conditions, and the stage of the tournament.

The possible factors and permutations are almost endless, which is one of the reasons people love cricket. And it doesn’t hurt if their team is winning too. Reuters/DM168

Christopher Drovandi is professor of statistics at the Queensland University of Technology in Australia.