Sanral: Getting the facts right on the N2 toll road through the Wild Coast 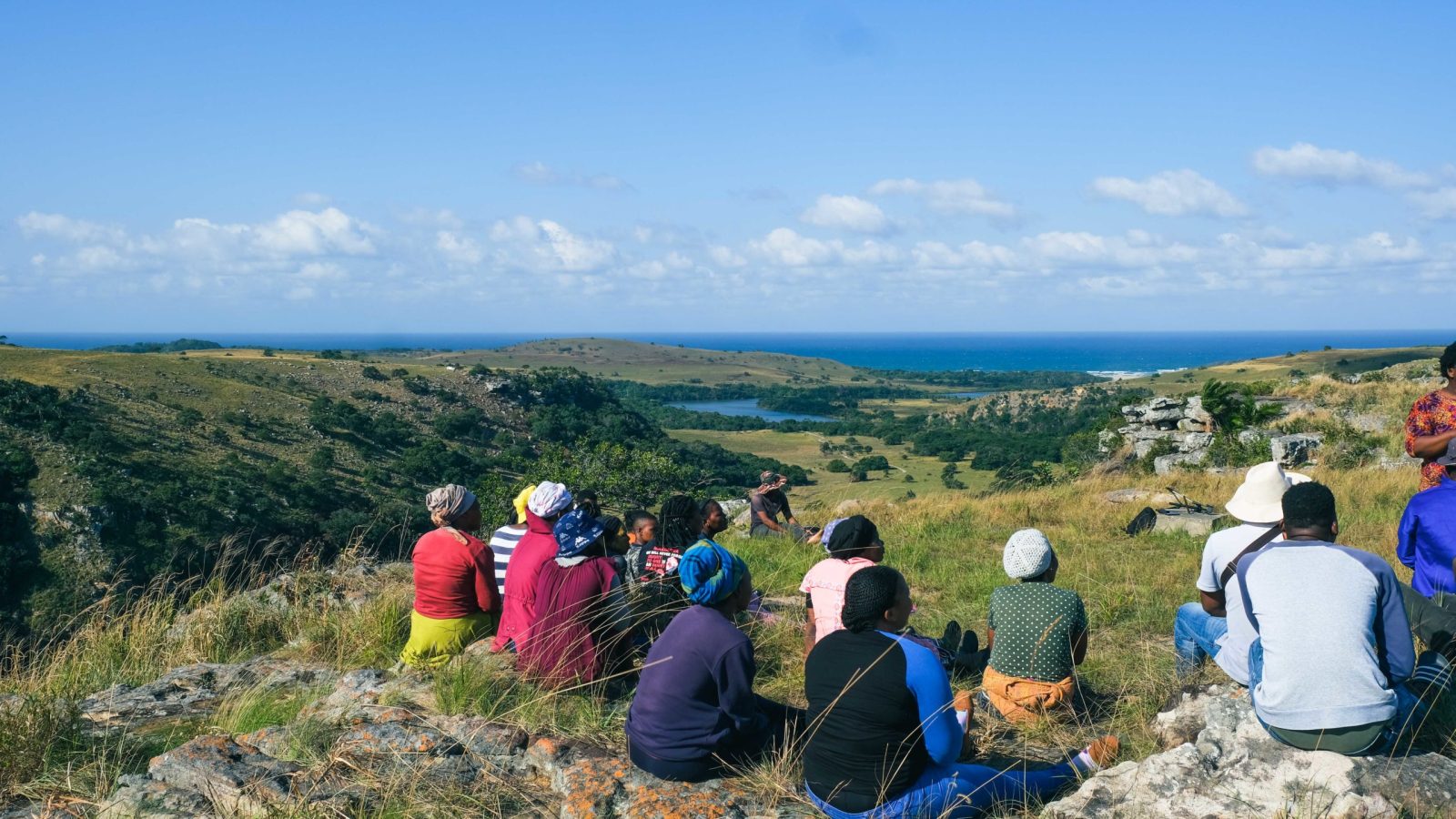 Members of the Amadiba Crisis Committee hold a meeting at the exact site where a bridge for Sanral’s N2 Toll Road is planned. (Photo: Daniel Steyn)

In response to the article “Should the proposed N2 toll road through the Wild Coast be moved?” published by GroundUp and published by Daily Maverick on 3 November, the South African National Roads Agency SOC Limited issued the following response:

In the paragraph, “The current planned route was approved by the Department of Environmental Affairs in 2009”.

Under the sub-headline, What does the law say?, Daniel Steyn writes: “Sanral says it has followed customary law, consulting with the Amadiba traditional council chief (iNkosi) Lunga Baleni, and with elected ward councillors and politicians, and following the guidance of the Department of Traditional Affairs.”

Sanral also consulted with the Amadiba Traditional Council with the Umgungundlovu traditional sub-council.

Under the sub-headline: What’s happening in Sigidi village? “Sanral says that community access agreements are not mandatory in law and were implemented by Sanral as a transparency measure, and therefore IPILRA is not relevant.”

The reason the “IPILRA is not relevant” to the access agreements is that no residents are “deprived of any informal rights to land” (Clause 2(1) IPILRA) through the access agreement or the identification and consultation with affected residents or the surveying of their land and installation of survey beacons under the agreement.

Under the sub-headline: Which Komkhulu is the right one? “Both Sanral and ACC accuse one another of ignoring resolutions at the Dangeni Komkhulu, which presides over land issues for the inland region of Amadiba”.

The Dangeni Komkhulu is the seat of the Amadiba Traditional Council led by Chief Baleni which presides over both the inland and coastal sub-authority areas (which are each in turn led by headmen/inkosanas). The ACC refer to a so-called resolution made at the Umgungundlovu Komkhulu, not the Dangeni Komkhulu.

Please see our previous response to this question emailed on 28 October 2021 where we said: Approach Amadiba Traditional Council for the requested resolutions or confirmation.

In the paragraph: “The ACC also accuses Sanral of ignoring a decision at the Dangeni Komkhulu that work on the toll road would halt until a consensus over the route is reached and also maintains that the decision should be made at the Umgungundlovu komkhulu, not Dangeni.”

The decision referred to was made at the Umgungundlovu Komkhulu and not the Dangeni Komkhulu. However, these meetings are oral in nature. The correct persons to confirm what resolutions were made are the local traditional leadership and not the ACC. Furthermore, moving the route 10 kilometres inland would affect the Inland Amadiba area so, in terms of customary law and common law, such discussions and decisions must be made at the Dangeni Komkhulu where Inland Amadiba stakeholders and residents can also be represented and not just Coastal Amadiba residents. GroundUp did not include this important issue in the report.

Under the sub-headline: How many people in Amadiba support the road? “A 2011 survey of the communities along the route between Port St Johns and Port Edward, conducted by the Human Sciences Research Council, showed that 98% of residents supported the development.”

The surveys conducted by the HSRC found the same 98%+ support levels persisting through to 2015.

In the sentence “Approximately 22,500 people live in Amadiba alone.”

The correct figure is approximately 47,500 living in the Amadiba Traditional Authority area of which approximately 24,000 live in the coastal or Umgugundlovu portion.

Referring to the following sentence: “There are a total of 107 households in Sigidi, with on average 15 people per household, the ACC says.”

Under the sub-headline: Is there an alternative route?, it is written, “Sanral says that there are no suitable bridge sites along the original route and more people would be displaced than would be along the current route. It says an environmental impact assessment in 2008-09 confirmed this.”

The inland Mzamba route is not “the original route” but rather an unfeasible alternative route. To say only “more people” is incorrect.

In the sentence: “The ACC says the EIA made no findings against an inland route and Sanral has not shown any evidence why this route could not work.”

The claim that the EIA did not address the “Inland Mzamaba” route is factually correct but grossly misleading. The “inland Mzamba” route was examined as part of the pre-feasibility study that also went through public participation. As the pre-feasibility study found the route unfeasible, it was not included in the final EIA study. There was also the “Coastal Mzamba” alternative route that did go further inland that was part of the EIA. DM