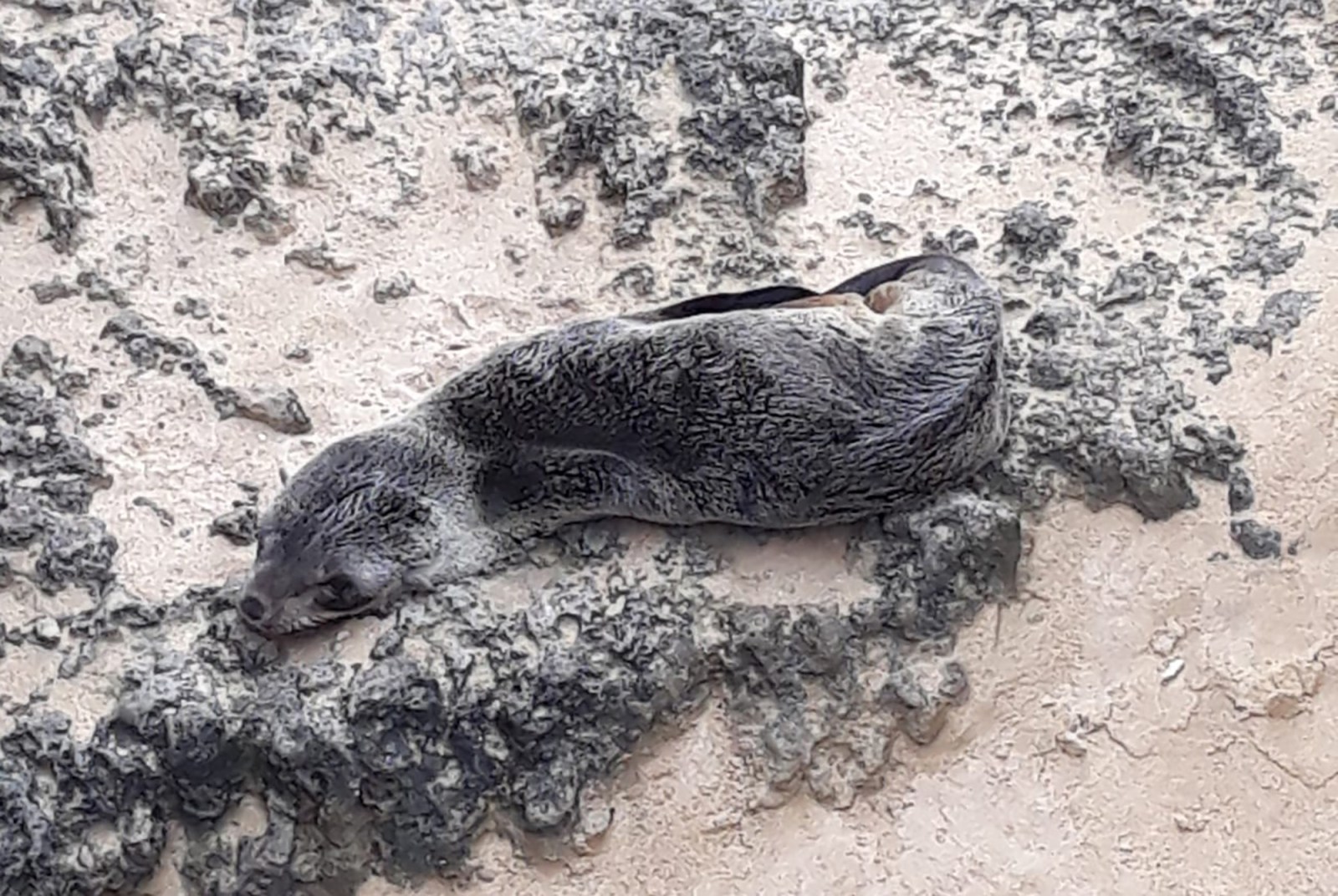 Dead or dying Cape fur seals have washed up along South Africa’s coast since October.

Scores of dead or dying Cape fur seals have been washing up along South Africa’s West Coast since October. Now researchers suspect that seals from that area are starting to wash up along the Eastern Cape coast while searching for food.

Marine researchers in the Eastern Cape suspect the seal die-off happening along the West Coast of South Africa, which has involved hundreds of malnourished Cape fur seals and carcasses washing up, is starting to have a ripple effect.

The seal pups, known as underyearlings, ranged from about 10 to 12 months old.

Hofmeyr said it was not unusual for a few Cape fur seals to end up on the shore along the Southern and Eastern Cape at this time of the year.

But more than usual have been spotted over the past few weeks and he said it was suspected that these seals were from the West Coast areas and in search of food along the Eastern Cape coast.

Daily Maverick reported in October that seal mortalities were not unusual at this time of the year.

However, there had been an unexpected and sharp increase.

At the time, Department of Forestry, Fisheries and the Environment spokesperson Zolile Nqayi said: “In some instances, weaned pups are not strong enough to feed by themselves and will not survive. A similar phenomenon was reported off the Namibian coast in 2020.

“Officials have also noted from reports that there are cases that involve older animals. These also seem malnourished, and convulsions were noted from at least two of the videos shared with the department.”

The reason for the sharp increase in seal deaths was being investigated.

In a Facebook post on Bayworld’s page this week, Hofmeyr said the seal mortality event around Cape Town was by now well known and that the seals that ended up ashore appeared very thin.

“But seals of the Southern and Eastern Cape seem to have enough to eat.

“I visited Black Rocks in Algoa Bay two weeks ago and the seals there seemed very fat and healthy, with not a single thin seal in sight,” he said.

“My colleagues Dr Gwen Penry from the Plett Stranding Network and Val Marsh from S.M.A.R.T. in Mossel Bay also indicated that the seals at their colonies look very healthy. So the seals of the Agulhas Current Ecosystem seem to be doing well.

“But despite this, since the beginning of October, we have all seen many more thin seals ashore on the mainland than normal. And these are almost all recently weaned pups and most are very thin. It is quite possible that these animals are ‘refugees’ from the Western Cape.”

Meanwhile, Sea Search, a group of scientists and students, this week reported that the 2021 seal mortality rate was unusual for several reasons.

This included pregnant seals aborting at a higher rate from September onwards at colonies in South Africa and Namibia, “resulting in both higher numbers of wash-out of dead black pups, and in some cases subsequent death of the adult female”.

“Adults displaying potential neurological symptoms” were also picked up, “as well as animals of all ages displaying convulsions when in final two hours or so of death (some of this is linked to death by starvation).” DM168