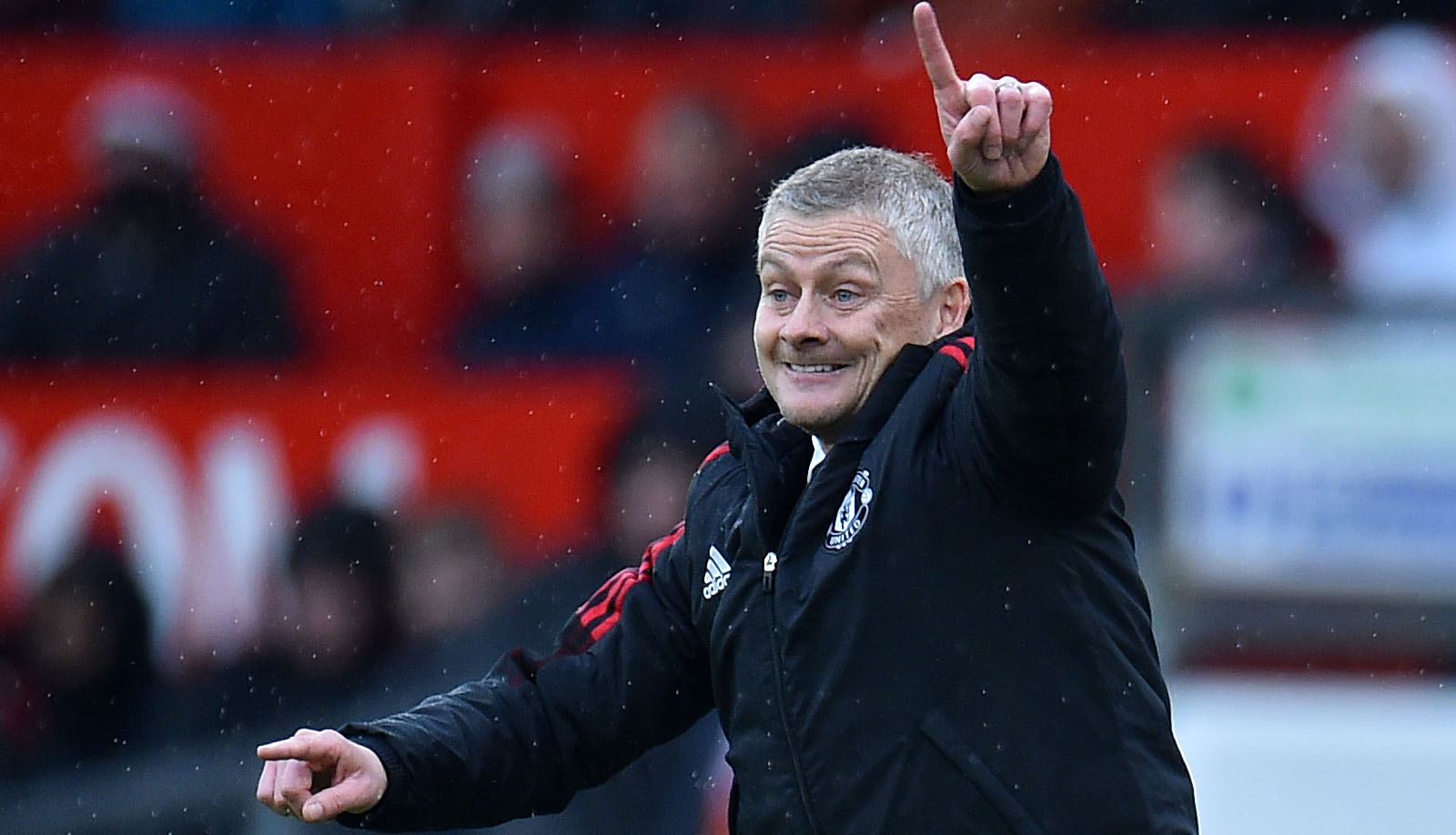 Manchester United’s reluctant decision to sack manager Ole Gunnar Solskjaer on Sunday left them in limbo but with the Norwegian gone the spotlight will once again turn to the club’s ownership and senior leadership.

In the eight years since United’s last Premier League title under Alex Ferguson in 2013, David Moyes, Louis van Gaal and José Mourinho, all experienced and respected managers, failed to make the team even close to being genuine title contenders.

Former Ferguson player Solskjaer did manage to change the mood around the club for a large part of his three years in charge and made a series of improvements at various levels including the academy.

But the disastrous slump in form this season left him looking a forlorn figure unable to halt a series of dreadful performances and shocking results, culminating in Saturday’s 4-1 defeat by lowly Watford.

Former player Michael Carrick, a member of Solskjaer’s coaching staff, will take charge of the United team for Tuesday’s Champions League match away to Villarreal, with the club saying they will then look to appoint an interim manager to lead the side until the end of the season.

Solskjaer (48) had signed a three-year contract extension until 2024 in July but he was dismissed after United lost five of their last seven league games, including defeats by Aston Villa, Leicester City, Liverpool and Manchester City.

More than a quarter of Premier League clubs have changed managers this season, but unlike teams such as Tottenham, who swiftly replaced Nuno Espírito Santo with Antonio Conte, or Aston Villa who swapped Dean Smith for Steven Gerrard, United have no plan in place for Solskjaer’s successor.

Indeed, the lack of forward planning left the club in the bizarre situation of making one of Solskjaer’s coaching staff, Carrick, a de facto “pre-interim” manager.

United said Carrick will “now take charge of the team for forthcoming games, while the club looks to appoint an interim manager to the end of the season”.

That status for Carrick not only suggests a lack of confidence in his ability but also indicates that United have no clear idea of who they want to take charge in the long term.

Carrick is likely to lean heavily on the most experienced member of the coaching staff, Mike Phelan, who was assistant to Ferguson and is the only member of the staff with experience of being in charge of a Premier League team.

But for the longer term, there is no obvious candidate for the permanent position currently out of work. Although bookmakers have installed former Real Madrid manager Zinedine Zidane as favourite, there is no consensus that the former France player, who speaks little English, would be the right solution or any indication that he would even want the job.

United could attempt to poach a manager from another club but their desire for a short-term appointment indicates they do not plan such an approach now.

In most top clubs, the search for a manager would be the responsibility of a director of football, or senior leadership figures such as Ferran Soriano and Txiki Begiristain at Manchester City.

But at United the structure, and individual roles and responsibilities within it, is far from clear, with executive vice-chairman Ed Woodward heading out of the club, John Murtough the director of football and Darren Fletcher the technical director who also helps out on the training ground.

Co-chairperson Joel Glazer would also be expected to sign off on any appointment and there are other figures in the club, such as managing director Richard Arnold, who might expect to be involved.

The Florida-based Glazer family have owned United since 2005 and have faced fan opposition from the moment they completed their takeover and the leading role they played in the failed attempt to launch the European Super League.

The late Malcolm Glazer, the family patriarch who made his fortune in real estate and stocks, bought United in May 2005 for £790-million after entering the sports business in 1995 with a takeover of the NFL’s Tampa Bay Buccaneers.

Since his death in 2014, his sons, Joel and Avram, have been co-chairpersons of United, with the former playing a prominent part in the recent Super League controversy – he was named the short-lived breakaway’s founding vice-chairperson.

United fans have been reluctant to vent their frustration against Solskjaer, a Champions League winner and popular player with an amiable personality, but they have no such reservations when it comes to Woodward and the Glazers.

United are badly in need of clear direction – on and off the field – but the fact that they are now searching for a short-term fix until the end of the season will do little to inspire confidence that a defined strategy is in place.

Solskjaer took over from Mourinho in December 2018, initially on an interim basis, but after guiding United to 14 wins in 19 matches in all competitions he was given the job permanently in March 2019.

United showed signs of progress to finish third in the league in 2019-20 and second the following season, but their form has imploded in this campaign.

A 4-2 defeat at Leicester City on 16 October was followed by a humiliating 5-0 hammering at home by arch-rivals Liverpool, and although a 3-0 win at Tottenham Hotspur raised the possibility of a revival, United’s last two displays sealed Solskjaer’s fate.

A 2-0 home loss to champions Manchester City was hardly a shock but they were utterly outclassed by Pep Guardiola’s side who toyed with United throughout the game.

The shambolic 4-1 defeat by lowly Watford left United’s board with little choice but to make a change.

Reaction to the sacking

“Thank you Ole. You did us proud. The last two months were tough but before that you restored some soul into the club,” he said on Twitter.

On the club’s failings, Neville told Sky Sports: “They’re scrambling, they’re reacting. It’s three times they’ve given a manager a long contract or extension and sacked them within a few months. The planning is poor.

“I do think Ole was the right appointment in terms of taking over from José Mourinho, the club was spiralling into a pretty woeful place.”

“There were bigger managerial names than him that tried and failed in recent seasons and he leaves the club with the most talented collection of players it’s had in a while. It’s the next manager’s job to get the best out of them,” Owen said on Twitter.

“It has to be the worst possible time for Manchester United to be looking for a new manager. Early in the season with hardly any top managers available.

“The only obvious one available is (Zinedine) Zidane but the language barrier is surely a huge issue. An interim manager looks likely – again.”

“It’s really sad, I am seriously really sad. On Ole’s behalf, on the football club’s behalf, on all the fans’ behalf. It’s too many managers we’ve had to dismiss in too short a period of time,” Schmeichel said at the Qatar Grand Prix.

“We’ve been used to 27 years for one man (Alex Ferguson) to be in the hot seat and I just feel for Ole. He’s done everything he could, but in this modern-day football it’s been deemed not to be enough.”

“You’ve got (Cristiano) Ronaldo, (Paul) Pogba, (Bruno) Fernandes, (Jadon) Sancho and all them players. Something has to give and Ole was not getting the best out of those players,” he told Sky Sports.

“Manchester United are the same as everyone else now, they’re in the rat race. They need to win games.

“All the best my friend. Whatever people say you will always be a Manchester United legend. You have put your heart and soul into bringing the glory days back to old Trafford,” Cole wrote on Instagram.

“Solskjaer has been saved too many times by individual players. Individuals made it look like Manchester United could come back in games,” Saha told BBC Radio.

“Solskjaer couldn’t get that consistency or total discipline.” Reuters/DM