Political leadership: President Ramaphosa, lead us into the light 'When I woke up, I reminded myself that freedom is never free. You have to fight for it. Work for it and make sure you are able to handle it.' – Toni Morrison - God Help the Child.

How many ways are there to be outraged?

Over the past weeks, we have lived through various stages of load shedding, though that is a tired euphemism. Let us be truthful about what we are experiencing. These are blackouts. Eskom CEO André de Ruyter has gone to great lengths to explain why load shedding is technically not a blackout, but at this point it feels like semantics.

Our power supply is unstable and it is affecting our economic wellbeing. Of course, parts of the country are also experiencing regular water shedding, which simply adds to the current mood of frustration.

This is the price we all pay for State Capture, while former president Zuma and his corrupt associates remain secure in comfort. Not a single individual has been arrested or has paid the price for these misdeeds.

A hollowed-out National Prosecuting Authority (NPA), despite a new national director, appears incapable of prosecuting anyone. Constant reminders of limited budget and Covid-19 are becoming tired reasons for the NPA not making significant headway in prosecuting politically connected and/or high-profile individuals.

The Hawks, too, are both incapable of and unwilling to investigate with rigour.

This is a country in which you can plan an insurrection without consequences, after all. But how many more ways are there to lament a country awash with impunity?

Outrage is insufficient when no one seems to be listening. During the recent stage four blackouts, President Ramaphosa was seen on a Twitter video clip saying: “The ANC is not about to collapse.” This was unfortunate navel-gazing while South Africans made it through yet another day of blackouts. He also told us: “Eskom is a complex matter”, that it was a “calamity” “keeping [him] awake at night”.

No sense of urgency, no sense of crisis, no addressing frustrated citizens and businesses: just the usual tempo and the usual inability to grasp that we are now at a point where even the most sanguine of South Africans are angry. Many are now calling for De Ruyter’s head, but we know that this crisis has been more than a decade in the making. It’s an unhelpful, knee-jerk response motivated by frustration (and, in many cases, politicking). As De Ruyter said: “Load shedding will be with us until we get that extra 4,000MW to 6,000MW.”

What we do need is strong political leadership and better communication during this crisis. There also seems to be just the faintest hint of sabotage about all the Eskom challenges. Could this be the deliberate targeting of infrastructure to undermine the state? It’s a question worth asking, given the events of July.

Where is the President?

He mentioned the electricity crisis and said: “The 25 preferred bidders in the fifth round of our Renewable Energy Independent Power Producer Procurement Programme are together expected to invest around R50-billion into the economy. The increase of the licensing threshold for embedded generation to 100 megawatts is likely to result in substantial private investment in electricity generation projects. [SA] has … secured an initial commitment of around R131-billion to fund a just transition to a low-carbon economy by investing in renewable energy, green hydrogen and electric vehicles… These energy investments will help us overcome the debilitating load shedding that the country is currently experiencing, as new electricity generation capacity comes online.”

Ramaphosa, without a trace of irony, wrote of the postponement of the fourth South Africa Investment Conference as follows: “Another important reason for holding it next year is that there will be far greater Covid-19 vaccination coverage by then, making both travelling and gathering easier.”

The President has a short memory. Just recently he led ANC election gatherings with cheek-by-jowl, unmasked crowds. There is a credibility deficit that is hard to accept.

This past Monday, the Presidential newsletter focused on the second phase of the Presidential Employment Stimulus. We understand that unemployment remains one of our greatest challenges, but it is sometimes hard to keep track of all the programmes and plans. But, given the past 10 days of electricity and other infrastructure collapse, often affecting small businesses the hardest, the latest iteration of the Presidential newsletter again felt a little out of kilter. It is important that the President (any president) keeps his head while all about him are losing theirs (apologies to Kipling), but Ramaphosa always seems one step behind public opinion.

He looked tired as he addressed the Intra-African Trade Fair this week. South Africans are also tired: tired of poor governance, tired of the paralysis of an ANC-led government intent on protecting its own interests and tired of the doublespeak and inability to deal with the worst of our crises.

It is long overdue, but Ramaphosa himself should now use whatever political capital he has to rally the whole of society behind a pragmatic, shared vision and a few key solutions to our challenges. This could include a universal basic income grant, declaring the electricity crisis a disaster, rallying all sectors to deal with it, proper communication and transparency on the issues at Eskom and what political leadership he will give to beleaguered De Ruyter and others. He should also do the politically brave thing and ask Mineral Resources and Energy Minister Gwede Mantashe to resign.

Mantashe is addicted to coal even as he says he will do nothing to jettison the deal crafted at COP26. His contradictory statements and forked tongue are damaging to our country’s interests. We simply do not trust Mantashe to lead us into this brave new world of a proper energy mix.

Flailing around, trying to please everyone by trying to convince us that all is well, simply does not cut it. It is time to put country above party.

Judith February is a lawyer and author of Turning and Turning: Exploring the Complexities of South Africa’s Democracy. 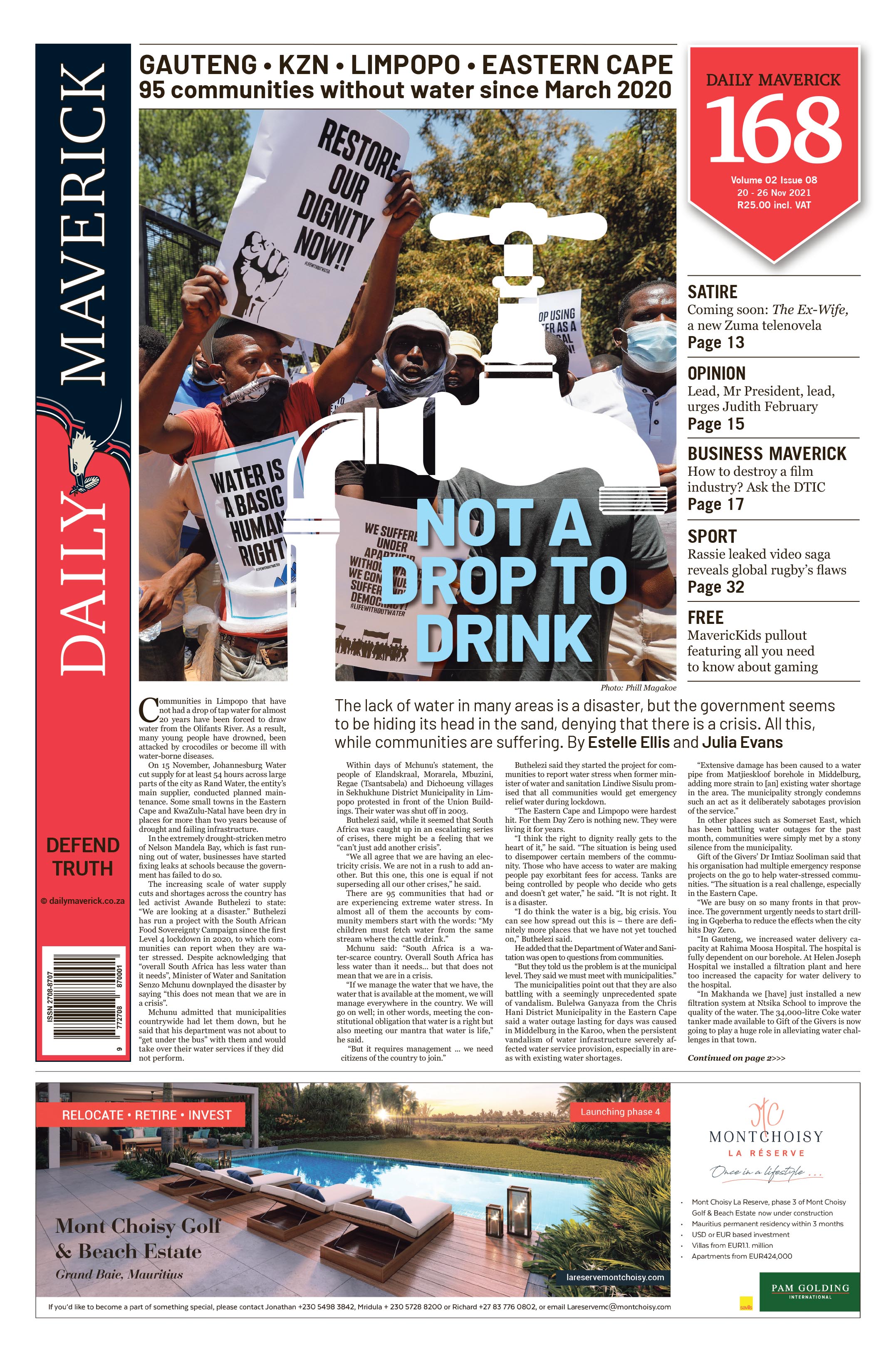