Nature’s notation: Depicting the troubled ambience of our world in crisis through music 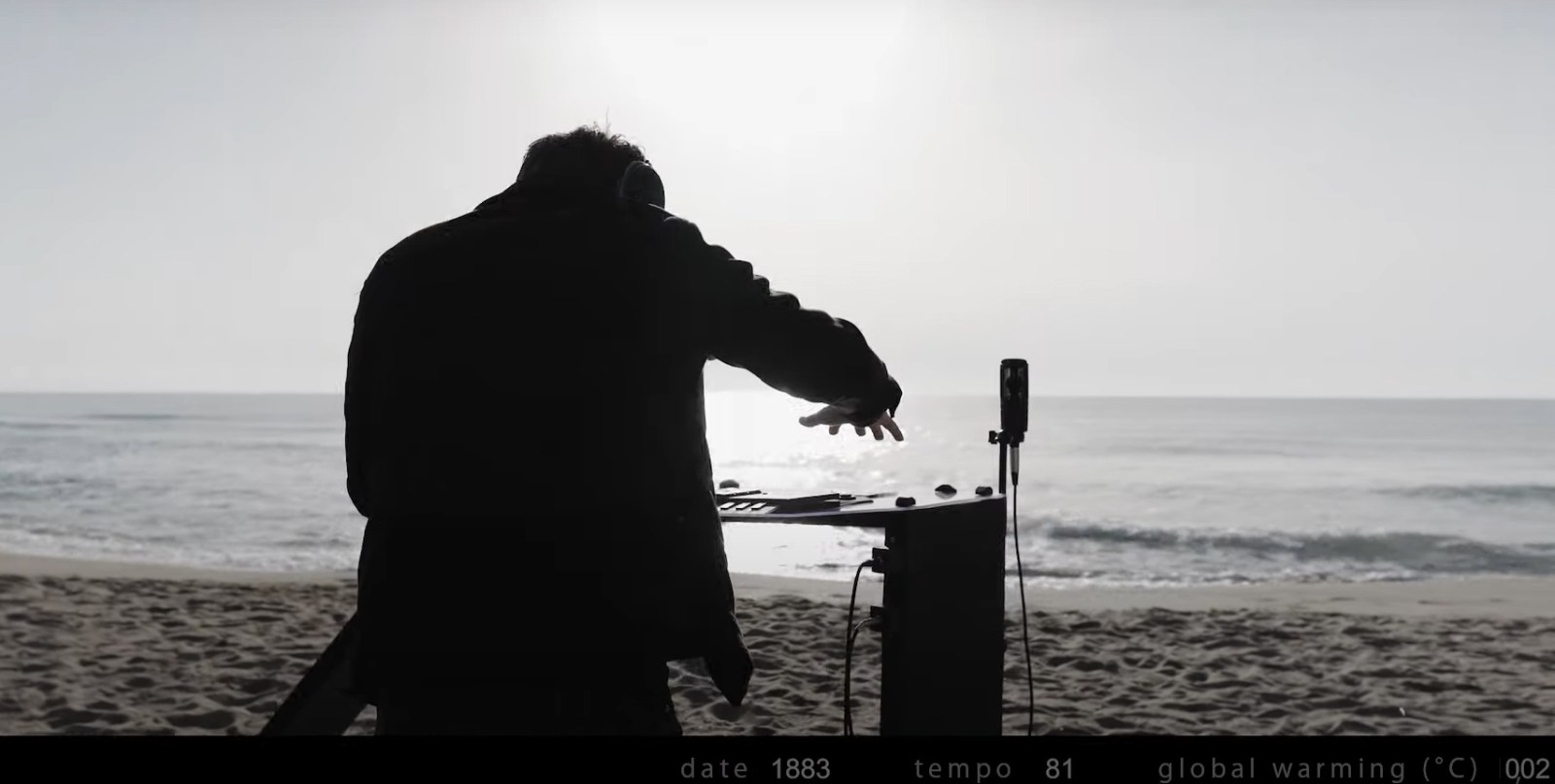 A still image from the Laurent Bernadac's ClimaX music video. Bernadac said the piece was inspired by the global warming temperature curve and was created entirely of sounds found in nature. (Photo: Laurent Bernadac)

Made exclusively of sounds present in nature, with no audio effects and no added frequencies, French designer and composer Laurent Bernadac composed a musical piece he describes as ‘an emotional transcription of raw data.’ Listen for yourself.

It’s called ClimaX. It is a musical piece that Laurent Bernadac, a French musician and designer, says is “a message contained inside the universal soundscape around us.”

Benadac explains that “this musical piece is made exclusively of sounds that are present in nature. No audio effects, no added frequencies. Like a sculpture, it is a very small but carefully curated part of the universal sound material.”

In an online interview with Daily Maverick, Bernadac explained his motivations for the project:

“Like many of us, I grew up with the slow realisation of the major shift happening in our global ecosystem. As an engineer, I’m always trying to find reliable data about every subject I’m interested in. In this specific case, the only raw data that convinced me of the reality of Global Warming are the temperatures records that were gathered since 1880, the beginning of the industrial revolution.

“These are real data points collected around the world and consolidated from several different sources,” Bernadac said.

“These are not future projections but actual, factual raw data. From my point of view, this is the most reliable, most direct proof of global warming. When I looked at the curve of this plotted data, I was astonished by the clear and steady rise of the temperature since 1880. You can even see a second, more abrupt, rise starting in the nineteen seventies. It’s this phenomenon that I wanted to shine [a] light on.”

When asked to describe the creative process, he told Daily Maverick that “I live very close to the sea and I’m wandering on the sand almost daily.

“One night while walking on the edge of the water, I realised that the sound of the wave crashing on the beach can be compared to what we call ‘White Noise’. It’s a sound that contains all audible frequencies. Except that waves have a very defined and specific sound texture. So I recorded twenty seconds of this noise. Which now are the first twenty seconds of ClimaX.

“Back at the studio, I started [to] isolate musical notes from the sample. To my surprise, I really heard a note, then a chord. These were the literal chords contained inside the music of the waves. I did not have to add anything. It was already there. Little by little, I created a chord progression. Then I modified this first musical draft to map its tempo to the curve of the temperature rise since 1880. Tempo slowly speeds up from 80 to 160bpm. Then, I started experimenting with raw human-made noises, and slowly it evolved into the final song: ClimaX.”

Bernadac continued that “music truly is a universal language, it has an incredible power on people. It can touch your soul directly. No translation or adaptation [is] needed. It allows for a pure, direct and raw transmission of emotions. Two years ago, I decided to use this art to transcribe raw data into feelings.”

When asked what he hopes people take away from the video and the audio, he told Daily Maverick that “Global Warming is a global-scale phenomenon. It is virtually impossible for any of us to comprehend it and all of its aspects. Scales are too big, studies too numerous and sometimes contradicting each other. ClimaX is an emotional transcription of this raw data. I hope that everyone listening will find their own truth in it.” OBP/DM

Nature’s notation: Depicting the troubled ambience of our world in crisis through music