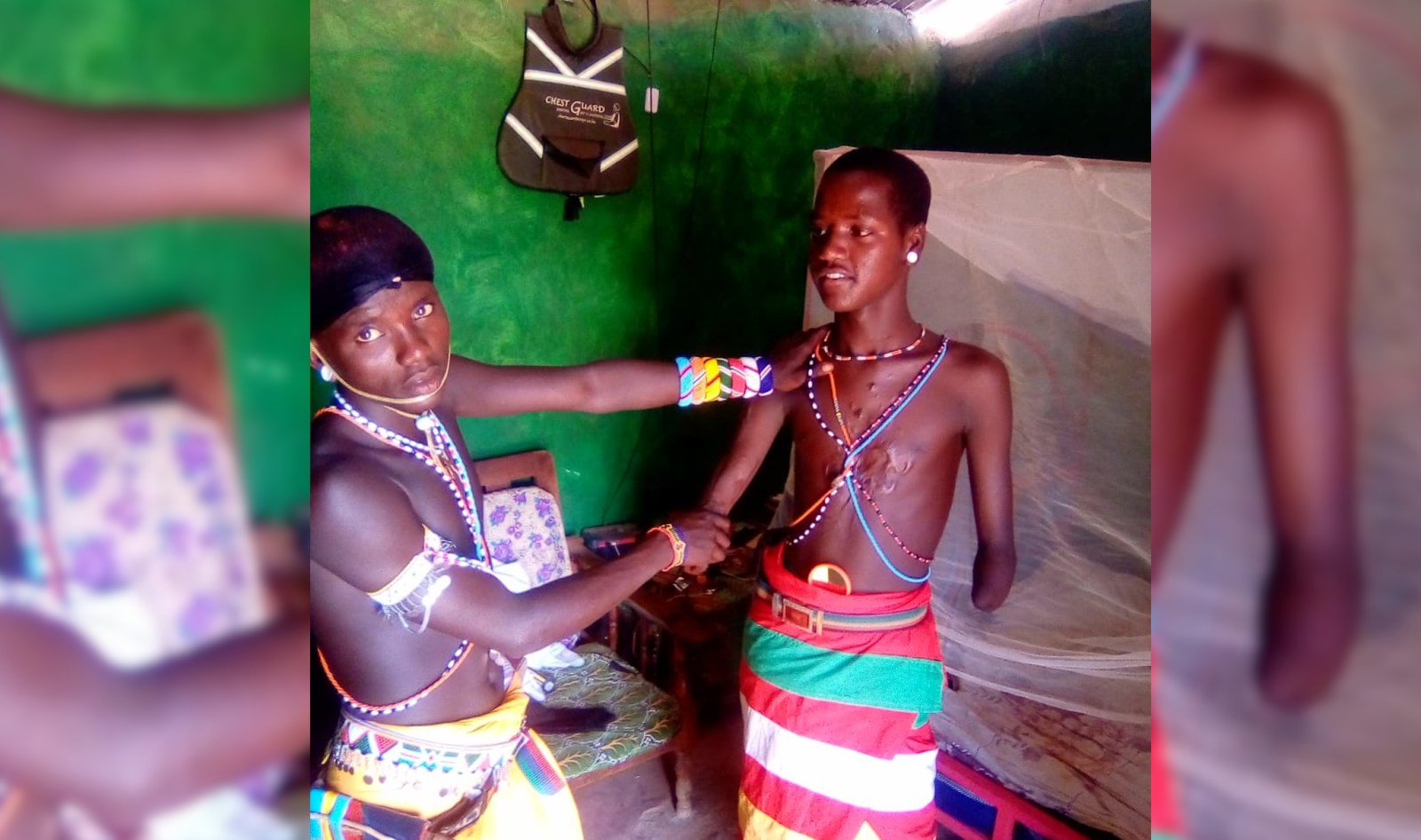 A teenager maimed by explosives at a British army training ground in Kenya plans to take the military to court. It comes amid mounting anger at the former colonial power for keeping troops in the country where a soldier allegedly murdered a local woman.

Lisoka Lesasuyan was playing with friends in a field when suddenly his life turned upside down. A fireball blasted away his arms, gouged his right eye and scarred his chest. He was 13 years old.

The explosion happened in 2015 at Archer’s Post, a vast bushland near the iconic Mount Kenya. British and local troops routinely conduct live-fire training in the area and sometimes their munitions fail to explode.

Lisoka was the latest in a long line of victims to fall prey to a problem the army knows it has: unexploded ordnance or UXO. In 2002, Britain’s Ministry of Defence (MOD) made a multimillion-pound payout to hundreds of Kenyans bereaved or injured by UXO around Archer’s Post.

Promises were made to prevent it from happening again and an annual sweep for debris was set up. But Lisoka’s shocking injuries, the extent of which we are reporting for the first time, show the danger has not gone away.

A Kenyan court ruling, seen by Declassified, shows that in 2018 a judge ordered the British army to pay Lisoka’s father around £67,000 in compensation. Ten percent went directly towards his “upkeep” as a minor.

The rest was put in a joint account with the court to be “utilised from time to time in respect of medical expenses”. Lisoka required money for a doctor to fit and adjust bionic arms, as well as a prosthetic eye.

Corrective surgery to scarring on his face and chest, together with occupational therapy, was also ordered.

“The investigation failed to conclusively establish whether the unexploded ammunition that caused the child’s injuries was of Kenyan or British origin.

They confirmed: “An agreed settlement was reached without admission of liability and a payment made to the family of the injured child in June 2018. The High Commission and the MOD extend their deepest sympathy to the family.”

In issuing her ruling, Judge Mary Kasango said Lisoka could “apply for review as circumstances may render necessary”. Lisoka is now an adult and lives in a hut in a remote arid region 64km north of Mount Kenya. The area is populated by Samburu nomads.

He has had difficulty accessing the compensation funds and feels the judgment did not go far enough. Together with his brother Joshua he has sought help from a Kenyan campaign group, the African Centre for Corrective and Preventive Action (ACCPA).

Joshua told ACCPA researchers who visited the family this week that Lisoka was “almost dead at the spot” when they found him. “His right eye had popped out and was lying on the ground,” he said.

ACCPA chairman Macharia Mwangi told Declassified that Lisoka wants to appeal the court ruling. “He is against the whole of the judgment and award on the ground that it does not adequately resolve his dire condition and ease his adaptation to his new life,” Mwangi said.

The campaigner added: “Owing to the severity of the injuries, his education was disrupted and he has not been able to join any special school since. A once-talented athlete, he can only dream of the medals and accolades he would have earned for his state.

“His happy and jovial life now turned into sorrow and agony. He has been through so much emotional turmoil and torture as he tries to adjust to his new condition.”

Official guidelines for UK judges suggest Lisoka’s compensation could be much higher if his claim was brought before a British court. The Judicial College says “total loss of one eye” alone can be valued up to £62,000. That’s almost as much as Lisoka received for all his injuries.

At the time of the incident, there were media reports about an unnamed Kenyan boy being “abducted” by British soldiers. UK diplomats issued a statement denying the kidnap claim and clarified that he had been airlifted to hospital.

Diplomats acknowledged there was a “serious injury” that required “life-saving first aid” from British troops and then “specialist surgery”. But they did not detail the extent of the wounds.

Instead they said the casualty was “stable” and “undergoing a course of antibiotic treatment”.

In reality, Lisoka had suffered life-changing injuries — something he doesn’t want others to go through. The ACCPA believes the litigation could “set precedence for the future of any other persons who may fall victim of the continued negligence by the British forces training in the region”.

The issue is well known. An army blog stated in 2017: “A lot of people who live in this area are pastoralists; they may not have gone to school and they might not speak Swahili… on training days we have to go out and warn them so they don’t get caught up in live firing.”

Mwangi says Lisoka’s ordeal is far from the only incident the British army needs to address. At the start of this year, UK troops accidentally sparked a series of six bushfires.

The largest ripped through the Lolldaiga wildlife conservancy in north-central Kenya. It scorched nearly 50 square kilometres.

The ACCPA is taking part in a class action with 1,496 people whose land and livelihoods were affected. The claimants include Karen Gatwiri whose husband Linus was crushed to death while trying to put out the blaze.

A Kenyan court is expected to rule on 24 November whether it has jurisdiction to hear the claim. UK government lawyers say it does not, claiming the British army has “sovereign immunity”. This hard-nosed approach to the civil claim is in sharp contrast to the UK’s position on a higher profile case.

Agnes Wanjiru was allegedly murdered by a British soldier in 2012, but the culprit was able to leave Kenya without any consequences. UK defence ministers now say they are urgently cooperating with the Kenyan authorities to try to ensure justice is served.

It all comes at a delicate moment in UK-Kenya relations, when an agreement allowing British troops to train there has just expired. Some Kenyan MPs, angry no one has been arrested over Wanjiru’s murder, are threatening not to ratify the agreement when it comes before their Parliament.

That could spell the end of British troops in Kenya, who have continued to train in the country since its independence in 1963. Yet the deal may well still go through. The last time it was agreed, in December 2015, was just a month after Lisoka suffered his catastrophic injuries.

Defence chiefs have long stressed the importance of having access to Kenya’s rugged terrain. Commanders say it offers realistic training before deployments to Afghanistan, Iraq and even Northern Ireland.

However, Declassified has seen an army document from 1990 at the National Archives where an officer said training in Kenya “will be fun too”. A “secondary aim” of such exercises was, he said, to let soldiers “take advantage of the unique opportunity to see much of Kenya, its wildlife and in particular its big game.” DM