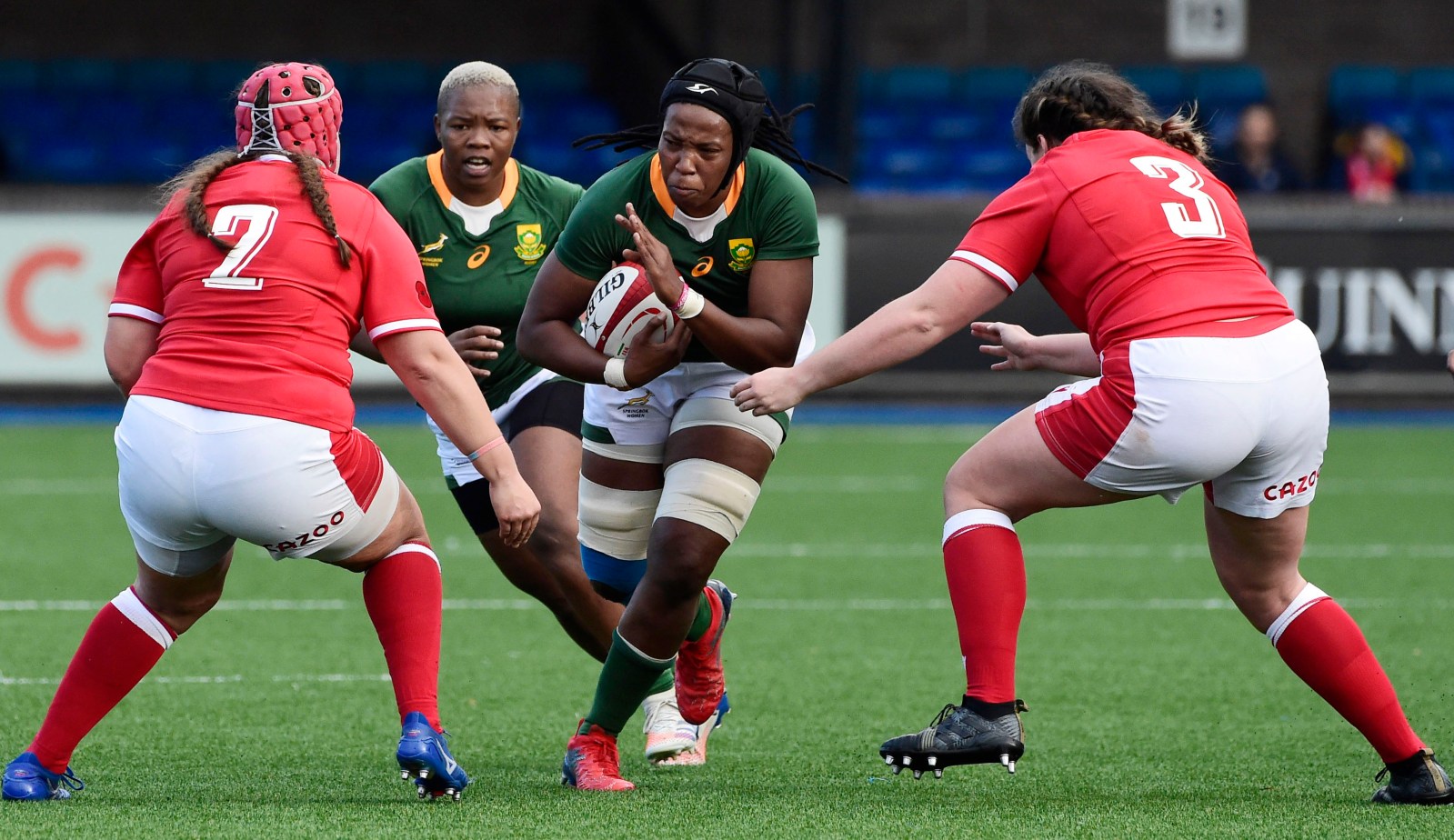 The Bok Women will be looking to test their strength in depth and secure a morale-boosting win when they play the third match of their European tour.

The Bok Women’s four-week tour of Europe is just two games from concluding. In their penultimate game they will clash with England’s under-20 side.

After two defeats to France and Wales respectively, a team made up largely 0f the side’s fringe players and others looking to throw their names in the hat for next year’s World Cup, is looking to help the Boks pick up their first win on tour.

This week the Bok Women trained with England’s senior women’s side – one of the top-ranked teams in the world. Bok coach Stanley Raubenheimer hopes the experience gained from rubbing shoulders with some of the best players in the world will prove fruitful.

Especially for those who are looking to impress the coach and technical team in the immediate future. Players such as Bernice Strydom and Monica Mazibukwana, whose careers have been curtailed by lengthy injuries, have put their hands up.

“Some of them have made it into this team because of their good performances in our provincial competitions, while others have played for us before but got injured and are coming back into contention,” Raubenheimer said.

“I can tell all of them to just continue with the good things they have done in the past which gained them selection. It will be interesting to see how they cope with the higher intensity and less space and time at this level, but there is only one way to find out and that is by playing against quality opposition like we will this weekend.”

Strydom, who last played for the Springbok Women on their previous tour to Europe in 2018 and earned three test caps then, is also relishing the experience of being back in the Bok mix.

“I was basically out for two years following a whole reconstruction of my knee,” said the Bloemfontein-raised player who now dons the Boland Dames jersey.

“I hope to be on that list when the Rugby World Cup squad for New Zealand will be announced later as this was always a dream of mine. I always wanted to play for this team and this tour is a great way back in for me.”

With some of the senior players rested for the clash, the captain’s armband has been handed to Catha Jacobs.

Jacobs, who came off the bench as a lock replacement in Vannes and at flank in Cardiff, said she will enjoy the extra time on the field and will take the captaincy in her stride.

“The team spirit has been developing nicely over the last couple of weeks as the players got to know each other better and started to bond, so from that perspective the tour already proved to be a success,” said the stand-in skipper.

“We are also learning a lot, each of our opponents offered a different style and Sunday the same will apply against England. We are learning to adapt to all the changes, and I think we are doing well in that regard,” she added.

“There are also enough experienced players in core positions to help me in the leadership department, so it will be an exciting time for all concerned.”

The match, which kicks off at 3pm (South African time), will be live-streamed on www.springboks.rugby. DM