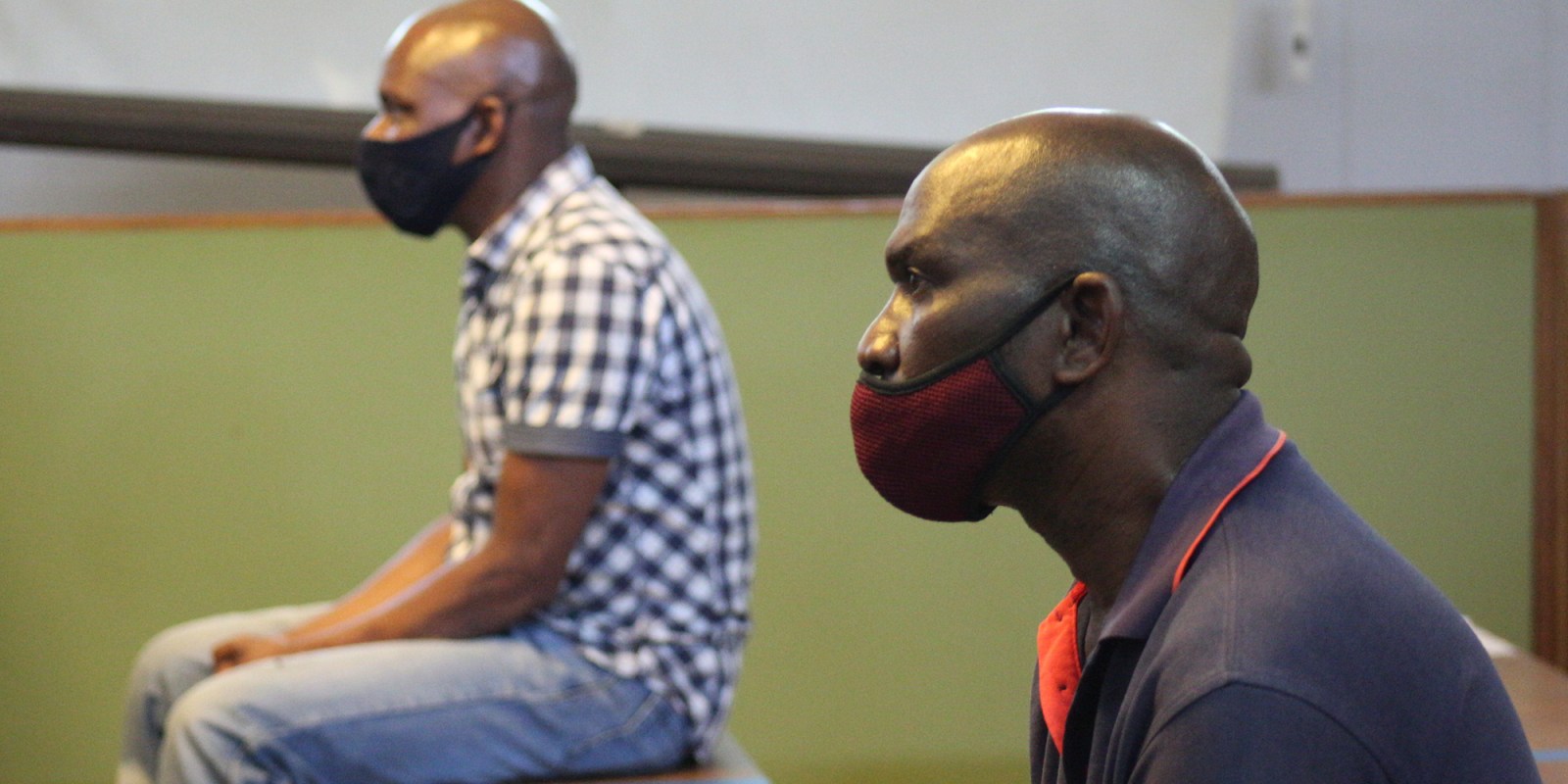 A prosecutor says one of the men found in possession of a rhino horn in Gauteng has travelled to at least nine countries, including China and Australia.

Police who arrested two men carrying a rhino horn on a highway near Witbank allegedly demanded a R30,000 bribe to release them.

This was the testimony of Rogerio Domingo Moiane, a 51-year-old Mozambican, in the Delmas Magistrates’ Court on Wednesday.

Moiane was arrested alongside 55-year-old Clifford Mashego on the R50 near Witbank (Bapsfontein) on 14 October.

A police statement issued on that day says: “A SAPS patrol noticed two men walking along the roadside with a large plastic container, wrapped with plastic bags and brown tape. On searching the plastic container, the police were surprised to find a large rhino horn. The two men were arrested.”

They now face charges of illegal possession of a rhino horn and contravening the National Environmental Management Biodiversity Act.

“It’s a serious allegation. We are investigating it,” said Hartley.

Moiane and Mashego are from the township of Ivory Park, near Tembisa in Gauteng. It is a densely populated area of more than 180,000 residents, covering little more than nine square kilometres. Moiane was the first to take the stand in his bail application on Wednesday. He told Delmas magistrate Manesa Zondo that he works for a metrics company with offices in China. He said he earned about R7,500 a month and does a lot of travelling across Africa and Asia.

Moiane said he had lived in Ivory Park since 1997 on a property he now owned. He told the court he had a passport and a permit to work in South Africa.

He has a pending case in Nelspruit for possession of a firearm. He was arrested in 2017 and is out on R5,000 bail for this case.

On his latest run-in with the law, Moiane said that soon after the arrest, the police officers – one woman and three men – tried to extort a bribe from him, demanding he call a colleague to bring them R30,000.

Under cross-examination, state prosecutor Gustav Schultz grilled Moiane about his account of the alleged attempt at bribery, challenging various aspects of his original testimony. Moiane had told the court that he and Mashego were not walking on the side of the road when arrested, but had been travelling to Mozambique in a white Isuzu bakkie with two other people.

He alleged that four police officers, one woman and three men, stopped the vehicle and demanded money. After refusing, they were taken into police custody, but did not proceed to Delmas police station. Instead, the police made two stops – first at the “Pretoria four-ways” intersection near the Delmas golf course, and then at a local KFC near Delmas police station. Moiane claimed that each time they stopped, the police asked for money. They eventually searched the vehicle, leading to the discovery of the rhino horn.

Schultz told Moiane that automatic vehicle locating (AVL) reports would prove that he was lying. AVL systems are designed for surveillance operations that enable law enforcement to track and monitor the movement of vehicles, including location, speed and stops, by obtaining data from global positioning system satellites.

He said Moiane had travelled to China, Australia, Kenya, Tanzania, Malawi, eSwatini, Mauritius, Uganda and Zambia, and produced a picture of a rhino horn obtained from Moaine’s phone.

The case continues on 29 November. DM

During the first six months of this year, 249 rhinos were poached in South Africa, according to the Department of Forestry, Fisheries and the Environment.

More than half of these rhinos were in the Kruger National Park.
One hundred and twenty-five people have been arrested for rhino poaching and rhino horn trafficking across the country. And 40 alleged poachers were arrested within the park over the same period.
Numerous confiscations of rhino horn have also taken place since January within the country, including at OR Tambo International Airport.

A total of 14 cases have reached verdict since the start of the year, representing a 93% conviction rate. Twenty poachers were convicted, the department said in a statement to mark World Ranger Day (July 31).

Ezemvelo KZN Wildlife confirmed that as of 3 November, 80 rhino had been poached in public and private parks in KwaZulu-Natal. The figure stood at 88 at the same time last year. – Roving Reporters

Tulani Ngwenya is the editor of Highveld Chronicle in Delmas. He is on enrolled on the Khetha Journalism Project.  The initiative assists journalists in reporting on the complexities of illegal wildlife trade in and around the Greater Kruger National Park.