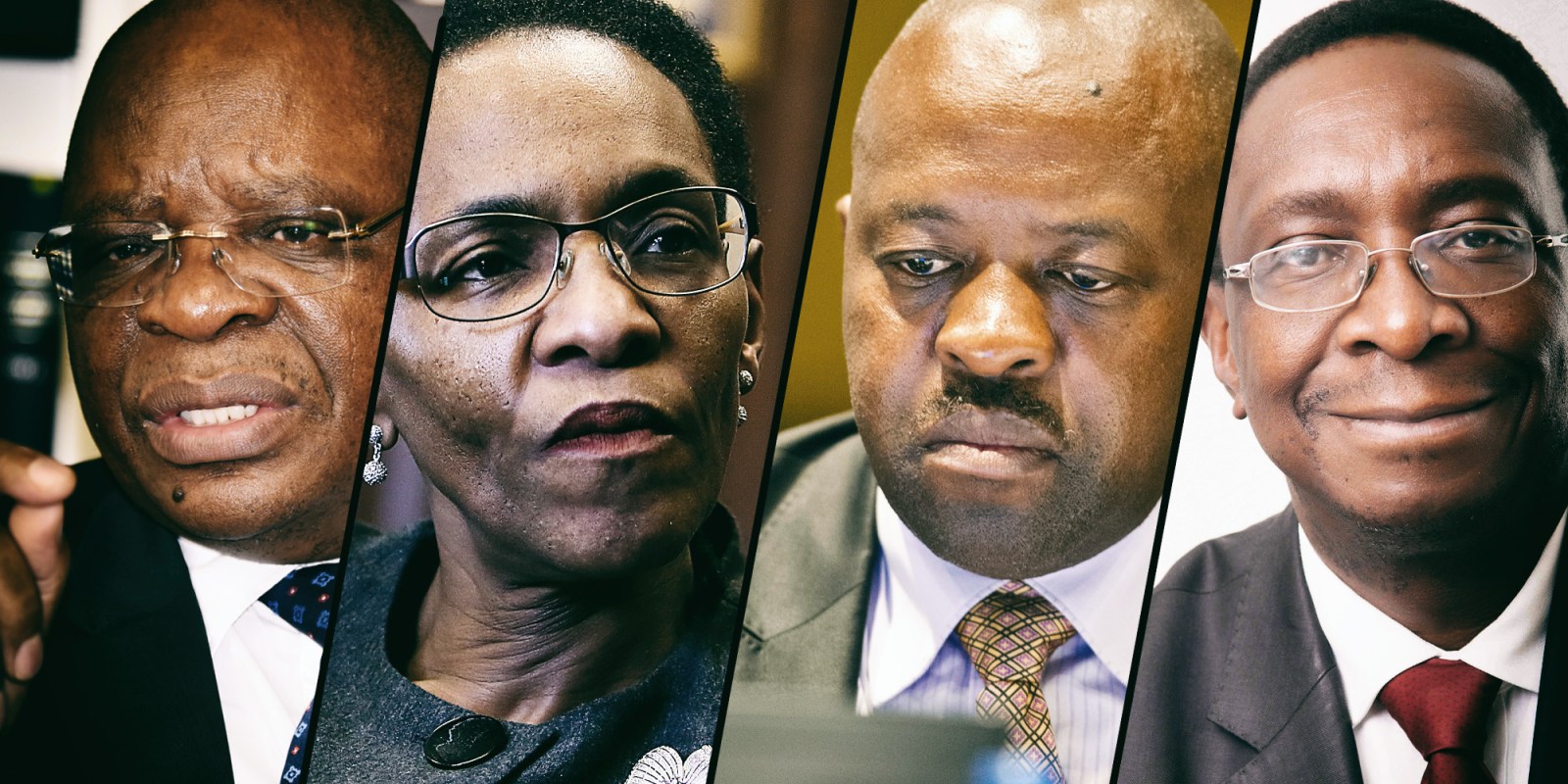 The Judicial Service Commission will consider four candidates for the position of Chief Justice, including two Constitutional Court justices, the Supreme Court of Appeal President and the Gauteng Judge President.

President Cyril Ramaphosa has submitted the names of four candidates to succeed former Chief Justice Mogoeng Mogoeng. They are:

They will now be interviewed by the Judicial Service Commission (JSC) and considered by leaders of political parties in Parliament.

Ramaphosa, who announced the four candidates on Wednesday, made his submission to the JSC after considering the recommendations of a panel headed by Judge Navanethem Pillay.

The Pillay Panel evaluated more than 500 candidates submitted by the public and said eight people fulfilled the requirements for nomination.

The Presidency said Ramaphosa put forward the four candidates “after considering the report of the nomination panel”, suggesting the panel cut Nelson and Hlophe from the list.

Hlophe is facing impeachment after a Judicial Conduct Committee Tribunal found he had committed gross misconduct in attempting to persuade two Constitutional Court justices to rule in former president Jacob Zuma’s favour in a 2008 case.

Nelson (69) was the oldest shortlisted candidate for the 10-year post and has limited experience as a judge, but he is renowned for championing mediation to resolve protracted legal disputes.

In an explainer on the Chief Justice appointment process, Alison Tilley from Judges Matter wrote, “It is no secret that the JSC interviews are vigorous in their nature; however, they must be so within the confines of fairness and equality. Following deliberations, the JSC must advise the president on the candidates’ suitability (there is nothing prohibiting the JSC from ranking their preferred candidates for Chief Justice).

“In the past, JSC interviews have turned into a spectacle that does more to boost the egos of politicians and lawyers than a serious attempt to select the best candidates for high judicial office. The last interview for Chief Justice in 2011 was also unnecessarily combative, with moments of high drama.”

Madlanga was appointed as a Constitutional Court justice in 2013, taking the post while he was serving as the chief evidence leader at the Marikana Commission of Inquiry.

Maya has led the Supreme Court of Appeal (SCA) since 2017 and if appointed would be South Africa’s first female Chief Justice. She reportedly helped the SCA overcome divisions among its members and has acted as a judge at the Constitutional Court.

Mlambo was appointed Judge President of the Gauteng Division of the High Court in 2012. He has been lauded for his leadership skills in the province as well as when he served as Judge President of the Labour Court. He served on the Supreme Court of Appeal from 2003 to 2010, but hasn’t acted at the Constitutional Court.

Zondo is by far the best-known of the nominees. He was appointed Deputy Chief Justice in 2017 and was appointed by Mogoeng to chair the State Capture Commission of Inquiry, a role that has made him a household name.

At the inquiry, Zondo’s objectivity and displays of legal intellect won him wide respect, but a number of witnesses, such as Zuma, accused him of bias, while other critics have questioned the multiple extensions the inquiry has requested. At the JSC, he is likely to face politically charged questions about the State Capture inquiry.

Tilley recommended the JSC draft a set of criteria before the interviews and stick to them. “All questions must be based on these criteria and the chairperson must actively enforce constraints on the scope of questioning permitted, including by overruling inappropriate questions,” she said.

Following the JSC interviews, leaders of political parties in Parliament can comment in writing on the suitability of the Chief Justice candidates. Ramaphosa, following consultation with the JSC and political parties, then has the responsibility to select the next Chief Justice, who will lead the Constitutional Court and South Africa’s judiciary. DM

Following initial publication, this article was amended with the correct image of Justice Mbuyiseli Madlanga.