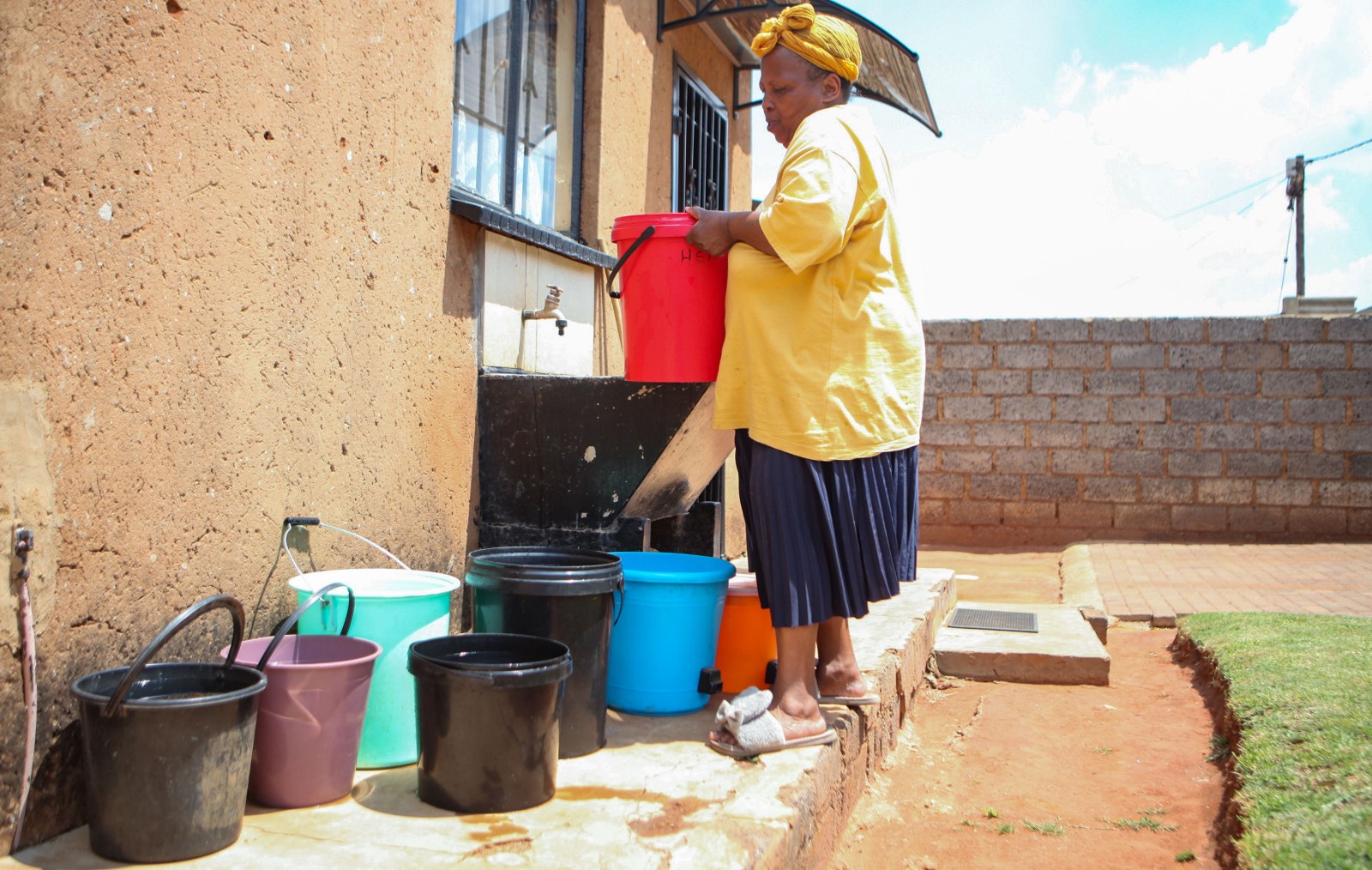 Despite Rand Water’s scheduled 54-hour water shutdown in parts of Gauteng coming to an end on Wednesday night, some areas were still experiencing low pressure and water cuts on Thursday.

On Wednesday evening, Rand Water announced the completion of its major maintenance, the tying-in of the B11 and B19 pipelines and restoration of water pressure to all affected areas.

“We have not only completed this major work but also had an opportunity to do maintenance work on other areas of the system. Even during the shutdown we still had water flowing, but some of the consumers had problems with pressure.

“We are happy to report that the lines have been charged, and overnight, leading up to tomorrow, the areas that had a challenge with water pressures will have their pressures restored,” said Rand Water CEO Sipho Mosai.

The announcement came after a 54-hour water shutdown that affected eight Gauteng municipalities. The shutdown was to augment infrastructure to increase the capacity and efficiency of the water supply by Rand Water.

Rand Water completed the process in the stated time and many on Twitter applauded.

“To all involved, thank you for a quick and fabulous job. Keeping us informed the whole way,” said Wendy Liversage.

“This was done with aplomb and precision. At least we still have some State Owned Entities that are fully functional and efficient!” said Benji Seitlhamo.

However, others were not so complimentary.

“Great… but no water in Radiokop? Why? Is shutdown done? Load shedding?” asked Morne Smith.

Momwithtatts84 tweeted: “No tank sites for the South! Why aren’t we given the courtesy of an explanation or turnaround time or tanks? Towerby has not had water since 4 am yesterday with no explanation or emergency tanks. Unprofessional and inhumane even for you guys Rand Water.”

“There’s no water in Meredale. If this is completed shouldn’t it be on?” asked another.

Large parts of Johannesburg had low pressure and water cuts even after the completion of the maintenance programme.

Olwethu Shumi, a resident in the Johannesburg CBD, said, “Our water pressure was low on Monday and Tuesday. On Wednesday there was no water at all. This has affected us.

“In a pandemic that requires us to wash hands more often to reduce the spread of the virus, how do we do so without water? We can’t even use the toilet. Just imagine the mess.”

Sihle Ngubane, who lives in Sophiatown, told Daily Maverick they had not had water for almost three days.

“The last two days have been tough. On certain occasions, we have had to buy water to cook and drink just to survive. Taking baths and flushing toilets has been a luxury because we have been trying to save as much water as we can until the city’s roaming water tankers stop by.”

Nokwanda Ngubane, Sihle’s wife, said: “I could not wait for the shutdown to be over. My husband and I have had to present for work without taking a bath. For the past few days, we would leave home too early so we could make use of the showers at our workplace before work starts. I have learned my lesson: I am buying buckets to harvest water for days like these.”

Rand Water asked water consumers in Johannesburg to use water sparingly during this period to allow the systems to recover fully and water to be put back in reservoirs. DM

By the time of publication, Rand Water had not responded to Daily Maverick’s request for comment.