In Black and White: South African film producer Anant Singh flashes back to his life in movies 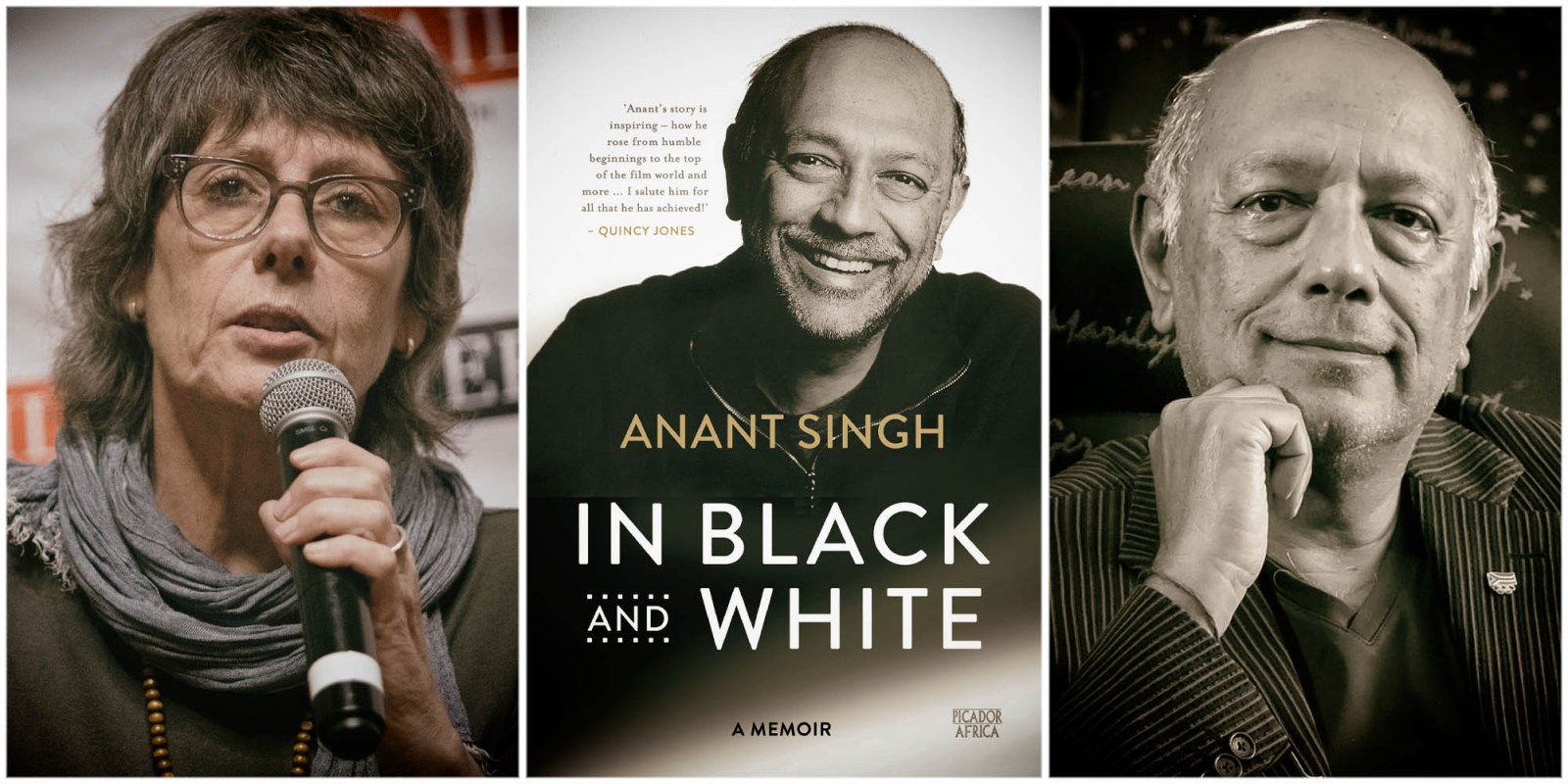 At around the age of eight, Anant Singh, sat in his Durban home watching three-minute silent movies on 8mm film, thinking ‘this is magic’. Of course, he had no idea that he would go on to make more than 100 films in a 40-year career in the movie industry, South Africa’s legendary movie producer, told Daily Maverick Associate Editor Marianne Thamm in a webinar launching his memoir, ‘In Black and White’.

There is no substitute for sitting in a room with 500 strangers and sharing in the laughter, sadness and joy — or whatever emotions are evoked — when you are in the cinema, said renowned South African film producer Anant Singh at the Daily Maverick webinar launch of his memoir, In Black and White.

The book recounts Singh’s trajectory from growing up during apartheid in Springfield, Durban, to the movie mogul known today for productions such as Cry, the Beloved Country, Sarafina!, Place of Weeping, Yesterday (the first South African film to be nominated for an Oscar) and the award-winning Mandela: Long Walk to Freedom.

According to Thamm, this memoir belongs in our book collections.

“Our children need to read it… young filmmakers and young entrepreneurs, who keep feeling like they are hitting a wall [need to read it],” Thamm said.

Singh’s book includes personal accounts of meeting and working with celebrities, film’s history and its heroes, stories of ordinary people, successes, failures and ambitions — all against the background of a heavily regulated film industry during apartheid.

At that time, films and books were closely scrutinised. Some were censored and cuts had to be made. Others, like Anna Sewell’s classic, Black Beauty, was banned outright, presumably based on the title alone.

Singh’s memoir provides “the background [of] how films get from the United States to South Africa, who gets to screen them [and] who owns the cinemas”, said Thamm.

Singh entered an “impossible” field, which was almost exclusively white. “There wasn’t a hope in hell that [Singh was] going to break into that solid, closed-down, racist market.”

But he did, in the face of “major impediments to his dream”, Thamm said, adding that “the personal defiance is just so refreshing and lovely in this book”.

Singh grew up in “a communal family home, with outdoor ablution facilities and sharing one bathroom between three families”, he said.

“I wouldn’t wish to change anything because it is a part of who we’ve become. And as hard as it was, those were very memorable days.”

Singh, who began writing his memoir at the beginning of lockdown after sifting through old photos and videos, traced his love of film back to those days.

His dad, a doctor and the only sibling in his family with a university education, used to make 8mm movies for the family, Singh said.

“He brought these movies to us… he introduced us to 8mm films, which was a real treat,” Singh said.

“This was before films came in reels in a tin… a tiny reel that was three minutes long… that’s all it was. You watch that three-minute film 20 times because it was so funny and captivating, and each time you have this same joyous experience that never wears out.”

Although he enjoyed movies, he never thought he would end up in the industry.

“Looking back at the things that you have done, the crafts that you learn, holds you in good stead in many different ways in life because you don’t know what trajectory is going to impact it,” Singh said.

It was only when he began studying engineering and working part-time in a movie shop — being paid R1 a day at first and then R25 a week — that he began to understand film, he said.

Through the book, the reader gets the sense that “this young man is impatient to do something”, Thamm said.

After working part-time for two or three years rewinding movies in the store, Singh bought the shop, signing the lease in the name of a white friend to make it legal.

From renting out films, gambling occasionally, getting into the buying and distribution of films, Singh decided he wanted to make movies.

“A networker of note” and someone with “foresight”, is how Thamm described Singh, who broke into the industry simply by writing letters to people in Hollywood, asking about films and trying to get people interested in his movie ideas.

He would go on to make friends with people like Nelson Mandela and the late Jimmy Ferrera, an American filmmaker who became a mentor of his.

Singh says his films are a tribute to all the people who came together to work on them over the years. “Whether it is good or bad, it doesn’t matter. At the end of the day, everyone gave 100%,” said Singh. DM