Nigeria is a federation in name only: Why Buhari isn’t the man to fix the problem 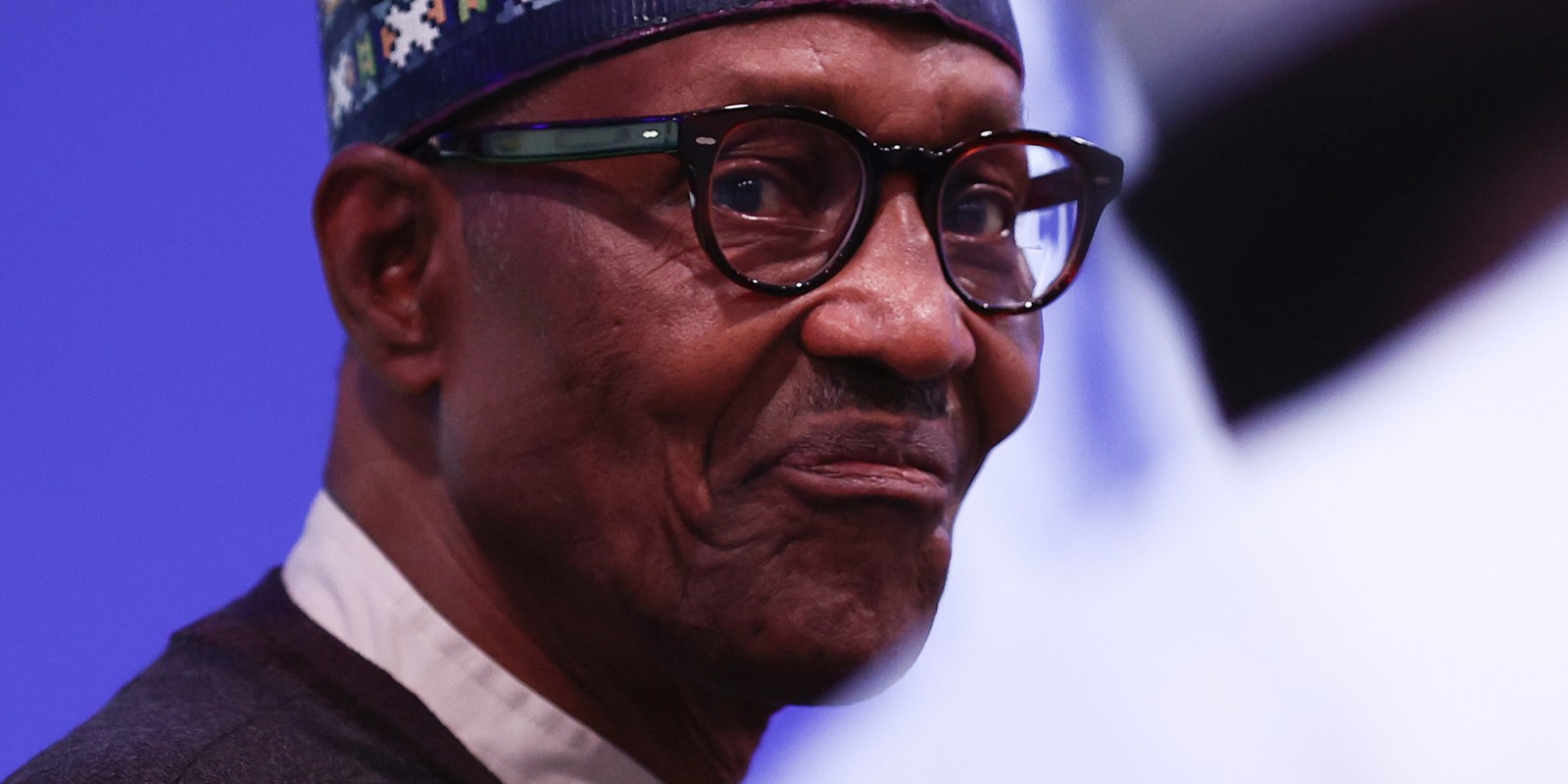 Nigerian President Muhammadu Buhari at the COP26 climate summit in Glasgow on 2 November 2021. Buhari is out of place, out of joint and irretrievably lost within a borderless technological universe he does not understand. (Photo: Adrian Dennis - Pool/Getty Images)

With no understanding of the notion of true federalism, and a desperation that demonstrates him to be a Don Quixote, Muhammadu Buhari is pursuing a grand agenda of Fulanisation.

The scenes and stories emerging from Nigeria are simply frightening. Nigeria, not a regional powerhouse but traditionally a veritable continental player, has been missing in action in most vital spheres of leadership because it’s saddled with a leader who has abdicated the duties and responsibilities of leading.

When the #EndSars protests engulfed Nigeria in late 2020, General Muhammadu Buhari demonstrated an appalling lack of understanding, empathy and foresight. In desperately ill health and busy with frequent visits to hospitals abroad, he handed over his responsibilities to an array of sycophants and shady characters who have no business with leadership.

Buhari’s initial stint as head of state was as a military general between 1983 and 1985 when he was deposed in a palace coup d’état by General Ibrahim Babangida and his cabal. Given his military antecedents, can Buhari be truly committed to the genuine federalisation of the Nigerian polity?

I would argue not. The military establishment is generally strictly hierarchical in nature and concepts and practices relating to the devolution of power are often problematic to entrench.

The overcentralisation of power became doubly evident during the nefarious reign of General Sani Abacha whose regime hanged the Ogoni Nine in 1995. I conducted a series of studies on the Ogoni tragedy culminating in a book, Ken Saro-Wiwa’s Shadow (expanded edition): Politics, Nationalism and the Ogoni Protest Movement.

Indeed, Nigeria’s current political problems are simply too daunting to embark on an honest journey to true federalism at this stage. Federalism entails the sharing of political power between the central seat of government and other federating units within a polity. In this way, power, responsibilities and obligations are not solely imposed on the central government but shared with other regions or states (as in the case of the US) of a nation.

Neither unitary nor federalist

The Nigerian military has toyed with the idea of federalism since the first putsch that installed Major-General Johnson Aguiyi-Ironsi as head of state on 15 January 1966.

Since then a rash of military adventurers have held the country in thrall. It continued to claim it was a federation when in fact there was a steady concentration of political power at the centre to the detriment of the federating units. These eventually rose to 36 states.

The notions of nationhood and national interest are, at the best of times, inchoate and contentious. They have become more meaningless if not completely lost.

In June 2020, the US Council on Foreign Relations declared that Nigeria was on the verge of state collapse. John Campbell and Robert Rotberg, both of Harvard’s Kennedy School of Government, corroborate this view.

Nigeria’s unpoliced borders have been usurped by well-armed mercenaries, cattle rustlers and a bewildering assortment of jihadists, bandits and terrorists.

Meanwhile, the country bleeds. Schoolchildren by the hundreds are captured frequently by terrorists who demand and receive millions in ransom. Since January 2021, more than 1,000 students have been kidnapped for ransom in Nigeria.

Ethnic tensions and agitations have reached fever pitch and lives are lost daily on the highways and farmlands at an alarming rate. Girls and women are routinely raped on the way to and from markets and farms by bandits. There is no security to be found anywhere.

The banned Indigenous People of Biafra movement has become revitalised. Largely inspired by the Biafran secessionist bid of 1967-70 it is led by the ex-fugitive Nnamdi Kanu. The inspector-general of police, Usman Baba, has confirmed that the Eastern Security Network, the militant arm of the movement, is responsible for the deaths of 187 soldiers, police and paramilitary operatives.

Sunday Adeyemo, a currently exiled Yoruba freedom fighter, is fervently agitating for the creation of a Yoruba nation. He says there would be no elections in 2023.

None of this began under Buhari’s leadership. But things have got worse under his leadership.

Buhari is the nominal leader of the Fulani, an ethnic group to be found in considerable numbers in virtually every West African country. He is alleged to have invited his ethnic kinfolk from across West Africa in 2015 to aid his presidential ambitions.

Such a case of ethnic particularism deflects the purpose of Nigerian nationhood. It also undermines the concepts of sovereignty, territoriality and, ultimately, modernity.

Buhari also has no understanding of the notion of true federalism.

He is pursuing a grand agenda of Fulanisation. As the nominal leader of the Fulani in West Africa there has been an alarming influx of Fulanis from other West African nations.

The retreat into ethnic chauvinism has also meant an evisceration of the nation state as a modernist project. Since it has become quite difficult to transform this dire state of affairs within Nigerian territory, there has been an expatriation of political struggles abroad as activists seek to pursue their causes outside the country.

The ban on Twitter, just as the brutal clampdown on anti-SARS protesters is an anti-people onslaught, is a measure against digital democracy, an attack on the idea of freedom and, finally, an act of feudalist terror.

Buhari’s desperation demonstrates him to be a Don Quixote. He is out of place, out of joint, irretrievably lost within a borderless technological universe he does not understand.

With this sort of frame of mind, concepts such as federalism go out of the window. Indeed the immediate problems of political survival and dominance are far more pertinent than such highfalutin concepts. DM

Disclosure statement: Sanya Osha does not work for, consult, own shares in or receive funding from any company or organisation that would benefit from this article, and has disclosed no relevant affiliations beyond their academic appointment.