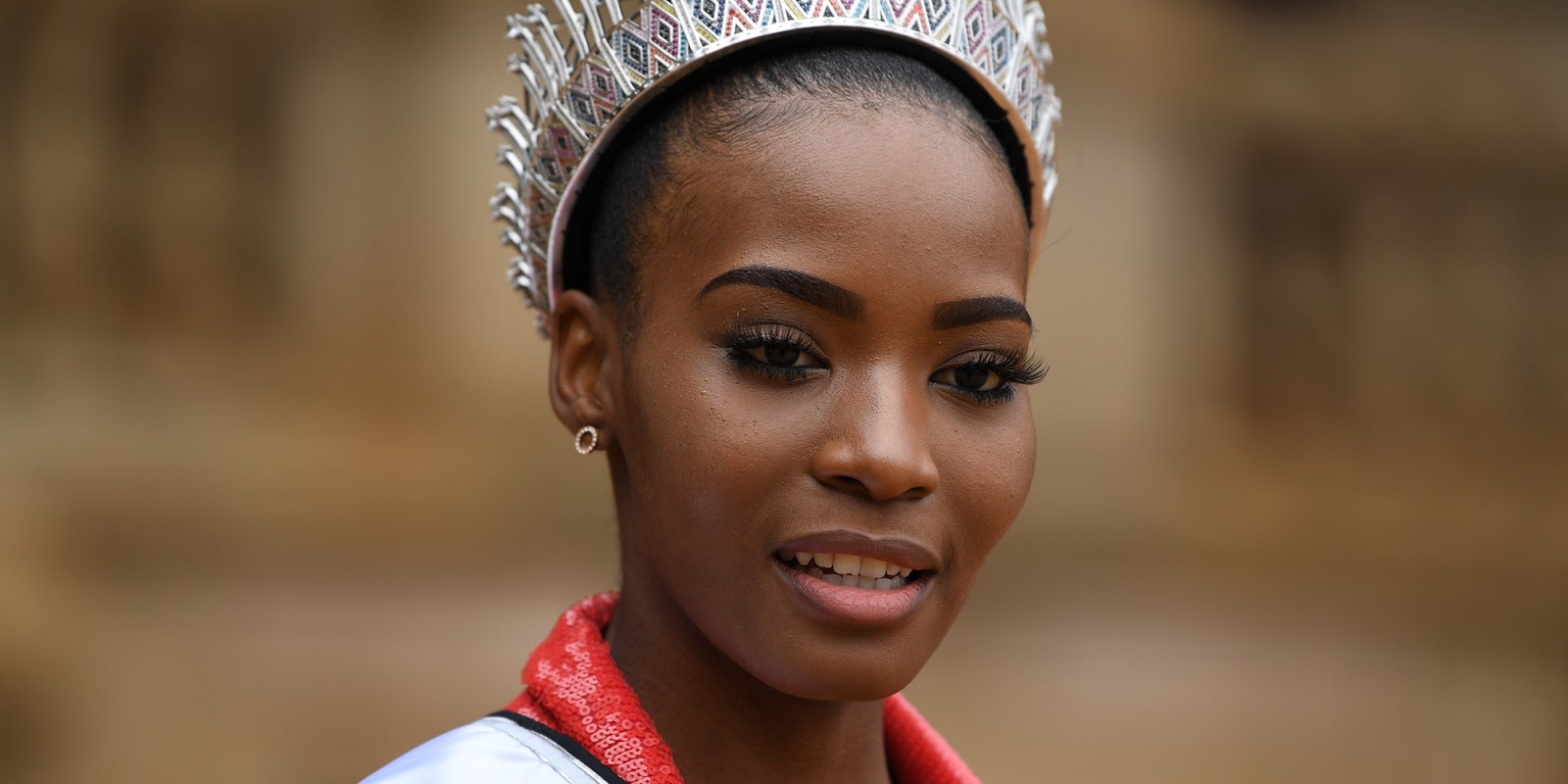 The government has withdrawn its support for Lalela Mswane, Miss SA, who is headed to Israel to compete in Miss Universe next month. Civil organisations have also called for her to boycott the beauty pageant.

The government last week withdrew its support for Lalela Mswane, who was crowned Miss SA a month ago, for her upcoming trip to Israel, where Miss Universe will be hosted.

Nathi Mthethwa, the Minister of Sport, Arts and Culture, said: “It has proven difficult to persuade the Miss SA pageant organisers to reconsider their decision to partake in the Miss Universe event scheduled to be held in Israel during the month of December 2021.

“What during initial consultations appeared like engaging, constructive and progressive discussions, was later met with an unpleasant demeanour that is intransigent and lacking appreciation of the potential negative impact of such a decision on the reputation and future of a young black woman.”

The Miss SA organisers did not respond to Daily Maverick’s request for comment, but in a statement released a week ago, Stephanie Weil, Miss SA’s CEO, said that a “very, very small, but extremely vocal, group had attempted, and failed, to derail Mswane’s chances at the prestigious international pageant”.

Mswane has not publicly commented since calls were made for her to boycott Miss Universe. In a radio interview last week, Weil said that Mswane was not obligated to go to Israel but that she had chosen to go.

As it stands, it seems that Mswane will head to Israel despite the government withdrawing its support for her.

Katlego Disemelo, a Media Studies lecturer at Wits who studies beauty pageants, said that, “We shouldn’t forget that at the end of the day Mswane represents Miss SA, which is a corporation. Everything Mswane does has to be sanctioned by that corporation and that’s why they don’t care that government has withdrawn its support.”

The human rights organisation Africa4Palestine, the political party Al Jama-ah and Mandla Mandela, Nelson Mandela’s grandson, are among those who have called for Mswane to boycott the international beauty pageant.

Africa4Palestine said: “The reason to boycott this event taking place in Israel, is clear as daylight… this year alone, the Israeli regime murdered over 80 Palestinian children. That’s, on average, one child every three days. In May this year, within a period of 10 days, Israel killed – in less than two weeks – over 230 Palestinians including more than 60 children and three pregnant women. This is not a regime that is beautiful and no person should normalise an ugly regime.”

This Friday, Africa4Palestine will be joined by the EFF and the ANC during their march to Nine Squared Communications offices to make the same demand.

The South African Jewish Board of Deputies (SAJBD) lambasted Mthethwa for “placating the radical anti-Israel lobby who demand that Miss South Africa” withdraw from Miss Universe.

“South Africa has diplomatic ties and extensive commercial trade relations with Israel. The way we influence situations is to engage, not to withdraw. What better opportunity for a South African to be part of an event where she can connect with 70 countries around the world, including many Arab countries, in sharing our story of dialogue and peace-building?” said the SAJBD.

In 2019 South Africa downgraded its embassy in Israel. This decision came after the ruling party endorsed a resolution to do so in solidarity with “the oppressed people of Palestine,” said ANC Secretary-General Ace Magashule at the time.

The ANC has supported calls for Mswane to boycott Miss Universe and said that “the damage to her reputation will far exceed any glamour that may arise”.

Commenting on Israel hosting this year’s Miss Universe, Priscilla Boshoff, who studies gender and popular culture, said: “Let’s think about it this way: if the competition was going to be held in Mexico, someone could say, ‘How could you have the competition in a country like Mexico where so many women are murdered?’, because they also have a terrible record of gender-based violence.

“Similarly, if it was held in a country under international censure for its human rights violations, how do you justify it? This is the case with Israel. So, if you’re going to hold a competition in a country where there are unresolved political issues, by associating yourself with that competition, you are tacitly condoning what is going on by being present there.”

Countries boycotting beauty pageants is nothing new. In the mid-1970s, several countries withdrew from the Miss World beauty pageant in protest at apartheid South Africa’s presence.

In the 1980s, South Africa was banned from competing in both Miss World and Miss Universe. It was readmitted to Miss World in 1991, and to Miss Universe in 1995, a year after holding its first democratic elections.

Miss Indonesia and Miss Malaysia have withdrawn from Miss Universe 2021. Media reports indicate that Malaysia’s withdrawal is not political, but because Covid-19 restrictions prevented the country from hosting its annual local pageant.

Indonesia’s withdrawal may have to do with it not having a diplomatic relationship with Israel. In 2013 Israel withdrew from Miss World, which was hosted by Indonesia. DM